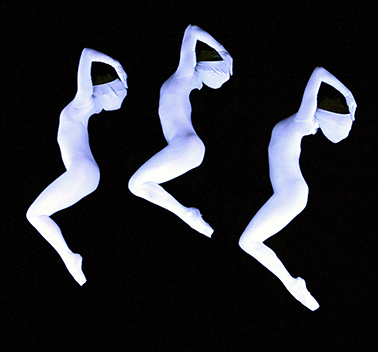 Shifting positions, much less pre-conceptions (or misconceptions) are never easy. Minds, like bodies, are hard to change, and most would rather play an authoritative Queen of Hearts than an imaginative, forgiving, but much less in-control Alice.

Creating its own kind of Wonderland, Momix calls for all manner of shifts—both physical and mental. Ninety minutes of shape shifting to amorphous music and distorted nature images could be a recipe for disaster. Luckily, the closest Momix comes to a resounding “off with its head” is over-saturation, thanks to the extreme technical prowess of the dancers and the whimsicality of each set of movements.

At times, the fluid, sensual, often humorous movements get lost amid a sea of recurring if not repetitive circles, parallelograms and Kabuki-like “puppetry.” The savior and delight of Momix is Moses Pendleton’s exuberant reintroduction wonder—fabricating illusions that allow us to suspend our disbelief and transport us into an alternate reality. Much like Alice’s rabbit, Momix is our frenetic guide through imagination’s deliciously irreverent wilderness.

With a flash of a white tail, or, in this case, a unitard, perception shifts. The viewing experience is both visceral and substantive. A zigzag journey of light, convergence and “trompe l’oeil”, Lunar Sea explores physics, wave theory, bubbles, waters, air, predators, absence and death. Each collection of moving parts is a fluid, precise set of shapes and ideas, borne of an extremely well trained eye. Pendleton’s choreography forces viewers to accept a new choreographic vision—one whose passion is less about watching people than about watching ideas and fantasies come to life on human erector sets built for physical exploration. Attempt to dissect the movement and the fantasy dissolves. The piece becomes a science experiment, daring the viewer to extrapolate the mechanism from the whole and shatter reality—but what fun is that? Even when the mechanism is clear, most vanquish the reality from memory, favoring a return to the decadence of illusion.

Personally, 45 min peaks my saturation point, but the rest of the audience seemed perfectly willing to watch this human kaleidoscope in perpetuity, calling for encores and a plea to stay in Wonderland just a wee bit longer. For both realist and fantasy mavens Momix offers an invitation into imagination—an opportunity to shift our daily perceptions about what is substantive, what is real, what is “childish” and what is “good.” At the end of the day, Pendleton’s physical landscape is one more reminder that we could all benefit from a fall down the rabbit hole once in a while…

…as an aside, there’s no better place to fall into wonderland than at The Joyce: With a raked auditorium, 90% orchestra seating and cushy red velvet chairs, there isn’t a more perfect viewing experience in New York. Coupled with a space whose intimacy connects patrons to the dancers in a way that few others spaces can, this is a fantasy I can wrap my head around. 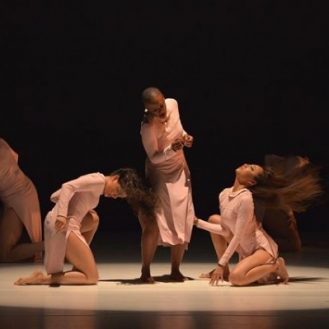 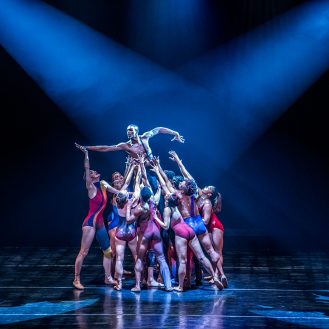 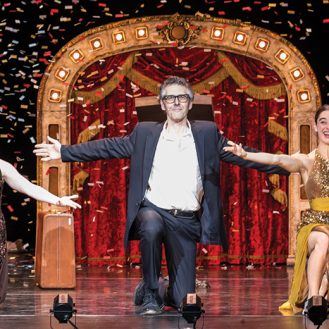 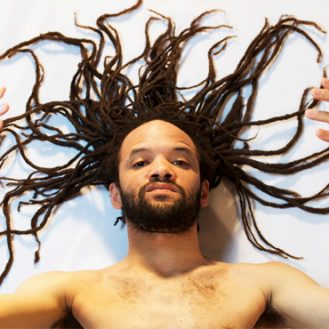