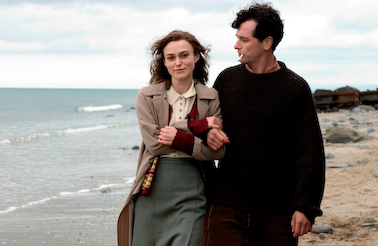 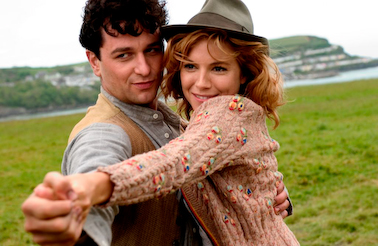 The Edge of Love is the top show, so to speak, of the 62nd Edinburgh International Film Festival. It premiered on the opening night gala, on 17 June. It is an interesting memoir that regards Welsh poet Dylan Thomas (Matthew Rhys), and the relationship(s) he had with two women – his wife, Caitlin MacNamara (Sienna Miller) and mistress Vera Philips (Keira Knightley). Set during the Second World War, in a blitz-ridden Britain, the story follows the love quadrangle that develops between these three and a young soldier, Will (Cillian Murphy), who falls in love with Vera.

It was a pleasure to hear the cast, director and screenwriter discuss their feeling of the film at Edinburgh Castle. The film is written by Sharman MacDonald (Keira Knightley’s mother, but an acclaimed writer by her own writ) who told those present, that one of the film’s objectives is to explore the complexity of friendship. How is it that one day two people could be the best of friends, and the next move one? It is an original idea, and one that complements well the theme of relationships at the festival. The one failing in putting this across is that the relationships between characters are not given enough time to evolve in front of the audience. The process is altogether too swift. Vera and Will go from strangers to lovers in what seems to be only minutes.

The picture avoids the annoying tendency of so many films of historic personages to look only at one character. Dylan Thomas is the focus of the first half, whilst Vera and Caitlin gain the spotlight for the second. In doing so, the audience does not become bored or one-sided – it forces the viewer to empathize with all characters; something which is all too rare in film.

The acting is managed commendably by all four principles. Knightley, in an interview with The Observer in May, says that she modeled her singing scenes (she plays a night club singer) on Marlene Dietrich: “I’ve been watching Marlene Dietrich films. She couldn’t really sing, not properly, but she had such a ballsy, fuck-off quality to her voice that it didn’t matter if she hit the right notes, so I thought ‘well, I’ll try that approach.’” Perhaps not quite how I would have phrased it, but a fine role-model nonetheless. Despite the rather vane tone of the sentences quoted, she admitted to being so nervous performing in front of the hundreds of extras that only vodka could help. But she sings elegantly and must be praised for her efforts. Her mastery of the Welsh accent (which I have been assured by a Welshman is “right enough”) is also worthy of praise.

Matthew Rhys is himself a Welshman, which he said gave him a comfortable working environment, not having to fear the occasional slip into Welsh (Thomas spoke mostly with an English accent). Rhys is able to play drunk (Thomas was rarely sober) very well indeed. He is also not over protective of his character as many are. He is willing to convey both the good and bad traits of the poet.

Sienna Miller plays the free-spirited, cart-wheeling Caitlin, delightfully. She is able to make her character very real. She shows her character’s beauty; her independence; her dependence; her jealousy. Caitlin is a complex woman that cannot be easy to play. Knightley, who was offered the rôle but turned it down, was asked if she had any regrets in doing so (it is, perhaps, the bigger part). In response, she said she “couldn’t have done it nearly so well as Sienna.”

Cillian Murphy is a good, young actor who is becoming more commonly seen in the cinema. His rôle as Will is not an easy one as he must change from being the charming young soldier, to the shell-shocked madman and back again. It is an emotive part, which he handles marvelously. He seems, perhaps, more suited to the stage than the screen, but it is hard to reason with the modern actor, for the money is in the latter.

The Edge of Love is likely to be the most popular of the festival’s features. Whilst it is not the best of the films screening, it is enjoyable and different. It provides an insight into the life of an important poet, his lovers, and the wild time in which he lived, when two world (civilian and militant) met. It also delves into the complexities of human interaction in a way different from most of the other selected films. The Edge of Love is certainly worth seeing. 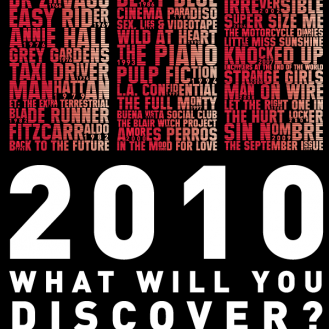 An Introduction to the 64th Edinburgh International Film Festival, 16-27 June 2010 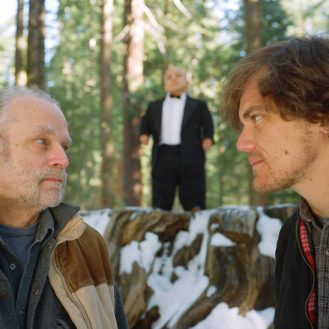