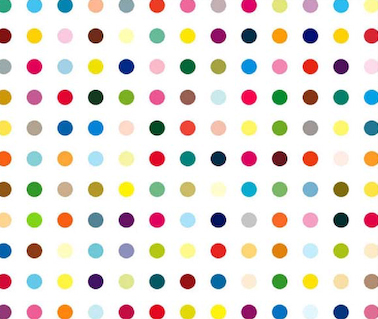 Oh, that this rain would end! I dried my socks by stepping into the Tate Britain this afternoon.The museum collection is divided into three parts – the glorious, the dull, and the querulous. The glorious, all those luminescent Turner paintings, went on tour this year, so the mobs aren’t in attendance. The management left a few strays lingering in various galleries (like the sublimely bucolicGolden Bough and a Venetian water scene where only an outlined gondola betrays that Turner wasn’t painting a celestial city), and these left-behinds glow like yellow sapphires. The dull part of the Tate consists of traditional British paintings, large rooms hung double-decker style with portraits of horse-faced lords and their pale, powdered ladies. I have to squint to read the labels, so it’s work to separate the Reynolds, Gainsboroughs, and Van Dycks from the acreage of peerage that surrounds them. If I sound captious, it’s because the third portion of the Tate Britain, devoted to modern art, exasperated me.

Anywhere in the world you can tread blank-eyed through rooms littered with stainless-steel cubes, tilted fluorescent light bulbs, welded scrap metal, and coiled hawser rope:masterpieces of the current moment. The Tate boasts its share, forgivable once you get to the savage cage full of Francis Bacons. A pair of Henry Moore lovers sit gazing at them as permanent (and worthy) spectators. But then there’s Damien Hirst, with those polka-dot paintings – produced factory-style and costing a million pounds each – and his notoriety that dates back to early works (sheep embalmed in a tank of formaldehyde) and later ones (a human skull encrusted with diamonds). Laughable or frightening? These jeux d’esprit sell at the top of a deranged runaway art market. In a hundred years’ time, won’t those sheep carcasses get a bit, well, whiffy? Their genius will endure, at least.

The most prominent contemporary art, known as Work No. 850 because the artist only identifies his artworks bynumber, is kinetic – and nothing but. At half-minute intervals a runner in racing shorts runs from one end of the Tate to the other. The runners are volunteers from the British public, and they streak by, one at a time, very fast.This will go on until Nov. 16, which is saying something. Martin Creed, the creator of Work No. 850 (remember how sweet Work No. 438 was? What an idiot I am, I meant Work No. 726),says that he was inspired because the Duveen Gallery is so long that he thought it would be good for running. Creed expected viewers to be a bit shocked but also to laugh – he evokes how it feels to see the police suddenly chase a shoplifter down the street.When a slight woman zipped past me, arms and legs furiously pumping, I was caught off guard.On his explanatory video, Creed turns out to be a mild-mannered Scotsman with thinning hair wearing a Marks and Spencer jumper, not anyone’s image of a provocateur. But apparently quite a few people were provoked when he wonthe prestigious Turner Prize in 2001. He chuckles when he says, “People always seem to get angry at my work. They like getting angry, I suppose.”

Being startled by a scantily clad runner compares favourably to gazing at a painting in life size of Lord Blimpington’s favourite bull, gelding, or terrier. But nobody can resist asking artists like Creed to define art. Mildly he expresses that “I don’t see much of a leap between someone running and a painting.” Which is why, of course, Rubens used to charge patrons handsomely to watch him run to the corner for a sandwich whenever he tired of painting their portraits (by the vagaries of history the sandwich was misnamed a Reuben).

I don’t mind being caught in the traps of contemporary art. It’s a test of inner peace to stroll by a painting that consists solely of a single word stencilled on canvas (the one at the Tate said CASUAL in blue on white; its neighbour said CASUAL in white on blue) without turning cantankerous. I went home in the rain and got my socks wet again. Peering over my shoulder at the Tate Britain, I wondered if they would ever post a banner above the door emblazoned with a quote from Martin Creed’s video: “Artists don’t make art. They make stupid objects that human beings use for the purpose of art.” 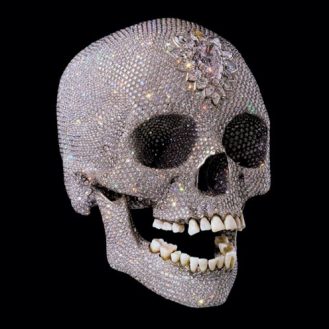 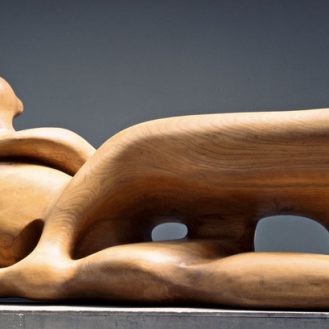 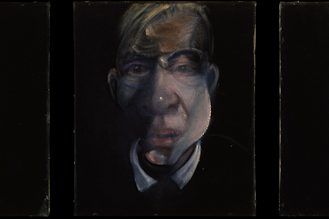