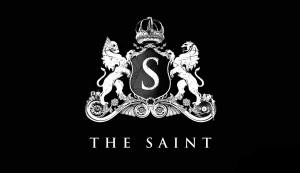 The people behind the Bramble Bar & Lounge have recently opened a restaurant called The Saint on Saint Stephen Street in Stockbridge.

Like Bramble and The Bailie (a fine pub on the western corner of the same street, great for an after-dinner dram), The Saint is located in the underground level of a Georgian building, typical of Edinburgh’s New Town which is renowned for such spaces.

The design of the restaurant, its decor and its purpose, is similar to that of The Dogs: to offer a stylish venue where one can eat at a high standard, and do so at moderate cost. The focus on local, Scottish ingredients is reflective of a movement among Edinburgh’s most recent eateries.

And the food is of quality. I began with the boiled duck egg with grilled asparagus and hollandaise sauce (6.00). It was light, unusual, well-presented. The egg was served in that perfect, liminal stage between a soft and hard boil. I opted for a white drink, the Rubicone IGT of Trebbiano, Contri (2008) – an Italian wine of the Veneto – which is served either by bottle (13.50) or by glass (3.60). It was good enough, but rather dull. I ought to have ordered something sharper, more whetting.

I then had the steamed mussels served in a sauce of garlic and white wine, and alongside some excellent, thinly sliced ‘pommes frites’ (as they are called here) with aioli (8.50). The thing was sumptuous and there was a lot of it, maybe too much as I was lagging far behind Alex, my companion to dinner, who ordered the braised pork belly (9.50) and was much pleased with it. With the mussels, I drank the Mandarossa Viognier (2008) from Sicily, which was more complex in taste and texture than the Veneto wine. Sharp, cool, fruity (apparently a bit of pineapple in there) and to my present liking. This was again available by bottle (16.50) or by glass (4.40).

To finish, we ordered the cranachan (5.50) and cheeses (6.00). Cranachan, for those who haven’t partaken, is a traditional Scottish sweet with raspberries and cold whipped cream (here, to the extent that it was more of an ice cream). Instead of the usual lacing of whisky, The Saint introduces instead a brandy biscuit. It was tasty – very rich and very sweet. More refined was the cheese selection. The cheeses (there were three) are all from the popular cheesemonger, IJ Mellis. The local shop is at Bakers Place, but there are several others scattered around Edinburgh. (It is always a pleasure to walk by, as the odorous cheeses pervade the air with grace). The waitresses made sure to tell us that the selection is usually purely Scottish, but that tonight we would have to tolerate an Irish and a French cheese as well. These were all good. With them were three oatcakes and an apple preserve. The oatcakes (although dense and good) were too small and too few to support the overwhelming quantity of cheese. Some more should be provided. The waitresses were super eager to recommend The King, a fortified shiraz from Australia. It was interesting – gentler than a port, served cooler and not quite so dense. Yet still rich and sweet. A good alternative to port for the warmer months, but by no means light.

The Saint is a fine addition, though perhaps more to Stockbridge than to Edinburgh as a whole. Stockbridge offers an affluent clientele that will no doubt be appreciative of this new venue which is closer than the usuals at, around, or south of George Street. But it is not in itself an evolution, a step up, or in a new direction. It is too like The Dogs or Blue or Howie’s or The Outsider to be called that. It should be seen more as the latest part of a general movement in Edinburgh that looks to use local ingredients from local sources (Blue purchases much from its neighbouring farmers’ market at Castle Terrace, for instance), blending the traditional with the creative to provide an informal, moderately priced dining experience for the “new Scottish gentry.” 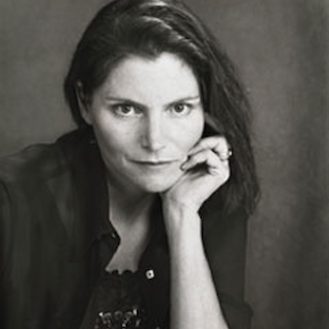