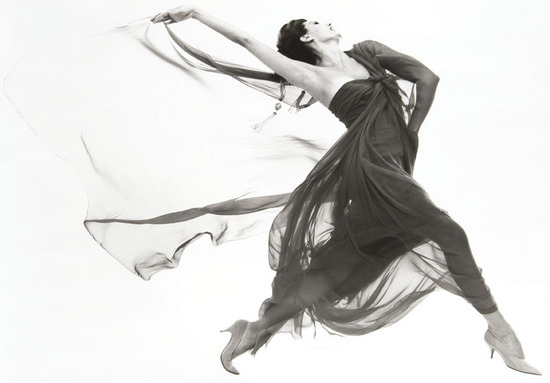 Can we still call photography a young market in the art world? If we look back to the 17th century sales of paintings, drawings, and antiquities, yes, obviously, but also, there is enough work still on the market that most photography sales can offer a quite comprehensive survey of whatever field they may occupy. In addition, unplanned events, like the offering of entire collections or major parts of collections—hardly an anomaly in these times—can skew the fundamentally random historical balance of the market in fascinating directions. Bloomsbury New York’s latest auction presents a wealth of famous images by renowned photographers of the past as well as some less familiar work by those same household names who still dominate the photography market, another sign that it is still in its youth. But in photography as in the venerable market for fine prints—wherever multiples come into play—there are favorite subjects as well as favorite creators.

In this sale, along with Adams, Avedon, the Bechers, Bourke-White, Brandt, Brassaï, Callahan, both Capas, Cartier-Bresson, Eisenstaedt, Frank, Friedlander, Gibson, Kertész, Mapplethorpe, Meatyard, Michals, Salgado, Siskind, Struth, Sudek, and Winogrand, to give only a sample, you will find an astonishing group of works by Weegee, from the collection of the filmmakers, Suzanne and Hugh Johnston, who acquired the photographs in the late 1950’s while they were collaborating with the photographer on various projects and became friends. The Johnstons made a documentary about him called “Walking with Weegee,” which was screened on October 2nd at a reception held to celebrate the sale. Their collection is the largest private collection of Weegee’s late work in the world.

Weegee personifies the world of the Speed Graphic, flashbulbs, and the sensational journalism of the 1930’s and 40’s. Arthur Fellig took up his sobriquet—derived from the vernacular pronunciation of Ouija—after he had made himself famous as a freelance, who, seemingly clairvoyantly, consistently turned up at the right moment to catch a shot of a murdered gangster, a car crash, or some other seamy happening on the streets of New York. He was the master of the gritty news shot, which was directly shocking, but still printable in publications ranging from the tabloids to LIFE. His work had the look of the unvarnished truth, although he had no compunctions about enhancing the scene with some staged elements. He was a self-taught freelance with no particular pretensions to art, but the Museum of Modern Art began showing his work as early as 1943. Already by the end of the decade Weegee began to interest himself in technical experimentation and all sorts of manipulations, modestly referred to as “trick photography” at the time. By the time he met the Johnstons, Weegee had progressed far on this path.

The fifty prints in the sale include many facets of Weegee’s lively and inventive experimentation: his documentary photographs of Greenwich Village, where he lived then, the distortions, which were well known at the time from their publication in Vogue (July 1955), and even applied to fashion photography. In some of these his interest in surrealism is clear enough, while other, more abstract images of architecture and figures look ahead to Op-Art, as the catalogue points out. His entirely abstract pattern, “Maze,” is severe and beautiful. Equally striking are five of his rare works in color, which have never been on the market before. These are by no means contrived and are full of life and originality.

If any other figure among the 152 distinguished workers included in the sale stands out it is Richard Avedon. (I’ll have more to say about him soon in the context of Edward Steichen, who created the niche in which Avedon flourished, and Alen MacWeeney, who once worked as his assistant.) In a stunning black and white image made for Harper’s Bazaar in 1961, estimated at $20-30,000, Avedon captured the dancer Cyd Charisse, combining an almost overpowering animal athleticism and an elegance of design reminiscent of art deco. This fusion of spontaneity and artifice were among the unique qualities that made Avedon a great photographer. His “The Generals of the Daughters of the American Revolution, Washington D.C.,” from 1963 shows another side of his genius in its understated, biting wit, and immaculate, rhythmical composition. By contrast his portrait of the Chicago Seven, with its lively implementation of the same compositional principles, shows all the good humor of an informal family portrait, one of the rare good ones.

There is a haunting and surreal color image of a California sandstorm by Richard Misrach, also great nudes by Lee Friedlander, Lucien Clergue, and Bill Brandt, a striking street scene (possibly staged?) by Williams Klein, and Cartier-Bresson’s apocalyptic view of New York from Hoboken (1947), in which the waters of the Hudson splash through piles and ice. There is excellent Russian and Central European work, not only Sudek, but Boris Borisov as well. You will also find a plenty of LIFE photographs, many of them among the most famous, printed by LIFE or the photographers’ estates at later dates. I could mention many more. There are also some fine earlier photographs towards the end of the sale, as well as quite a few important photographic books, a reminder of what a great age the last half of the twentieth century was for these intelligent, beautifully designed collections. 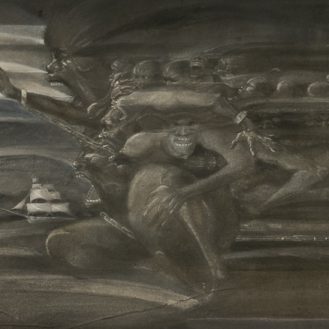