Barangaroo developer Lend Lease has released a revised plan for the site. The fact that it is an improvement on their previous proposal is like saying Burger King is better than McDonalds, perhaps true, but surely there are better hamburgers in the world. Sydney city councilor John McInerney is probably right to suggest that Lend Lease has pulled an inverted bait-and-switch of the ‘propose something outrageous and the less outrageous thing you planned all along will seem reasonable’ variety. Ironically, by improving some of the original design’s worst excesses —  for example, the “exclamation mark” hotel has been reduced in height and does not project as far into the harbour — its fundamental flaws are more glaring than ever.

The time has come to start over from scratch. Before architecture comes urbanism or, as Rem Koolhaas put it, “the irrigation of territories with potential.”  Lend Lease’s design lacks a vigorous underlying structure, the system of streets and open spaces which, like the Manhattan grid, is the branch upon which urban life blooms. The developer has tried to placate the public with a big, undifferentiated green park, an urban design approach which is as imaginative and compartmentalized as a TV dinner. As Sydney Morning Herald architecture critic Elizabeth Farrelly points out in an excellent article, this is a fundamentally suburban arrangement grotesquely spliced into a major city. The process has been constrained by misguided assumptions from the beginning. The design’s implacable banality is not entirely the developer’s fault; the NSW government’s competition brief encouraged this basic parti in the name of flexibility and ease of tendering. The general public is also partly to blame. Government, developers and architects know that the public perceives the built environment in a state of distraction and that a big park, whether justified or not, has become a kind of shorthand reassurance that they have benefited from the deal. Paradoxically, a truly public-spirited Barangaroo might look less public at first glance. It would have a fine grain of streets and laneways, exquisite parks and too many cultural institutions to count on two hands, but would be extremely controversial for lacking that massive splodge of green.

Nothing encapsulates the design’s problems quite as precisely as the “open house,” a cultural building of undefined purpose. How can such a loosey goosey approach possibly end well? Even when someone renovates their house they usually have a purpose in mind. The roof might leak or an extra bathroom or a guest bedroom might be desired. Necessity comes before design. The “open house” seems to reflect a nagging sense on the part of the developer that cities do indeed exist for more than just the purposes of shopping, working and sleeping. Everyone agrees the site needs kulcha but I suspect that the prevailing design-by-committee approach makes bold decisions impossible, unless they are questions of economics.

It is clear that we need a do-over with the world’s best designers given freedom to create a master plan embedded with innovative, robust, provocative public spaces. Even if you drew a grid over the site and invited every living Pritzker prize winning architect to do whatever they wanted with their square, it would be better than what we seem destined for. The site is amazing, there is economic demand, there are scores of great architects to choose from; this should not be that hard. As with that more urgent problem, global warming, it is politics which stands in the way of progress. The present government of NSW, which has lost the consent of those it governs for a whole catalogue of perfidies which are not of interest to most Berkshire Review readers, appears to be incapable of getting this right. Maybe the design would be less galling if its presentation weren’t so glazed with transparent spin, if instead of calling Barangaroo a “design showcase,” the developer simply shrugged and said ‘Um, here is a bunch of buildings. We think they’ll make us some money.’ Architectural presentations naturally try to put their best foot forward, but there is a basic level of precision required which ought to be insulated from the lawless badlands of political spin. That hotel jutting into the harbour may be extremely profitable even in its reduced form, but please don’t also claim that it is some kind of masterpiece.

I remain so haunted by that that ‘open house’ — so smugly noncomittal, so pleased with its apparently virtuous flexibility, like a suburban community center for a city of 4.5 million — that I will end on a constructive note. If the committee in charge can wrack its brains for months and still find itself unable to think up public uses for this extraordinary urban site, may I roll up my whiteboard, uncap a marker and, in bullet points of course, suggest some combination of the following:

The Best and Worst of Sydney Urbanism, 2011 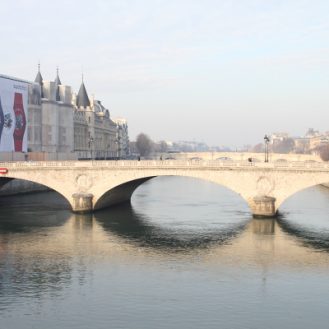 Must Paris Reconquer the Seine? 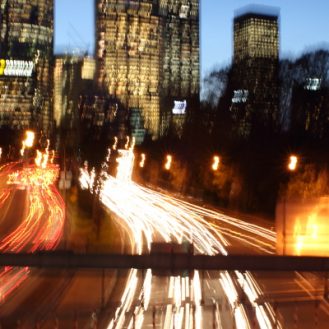 Why I am a Whinger