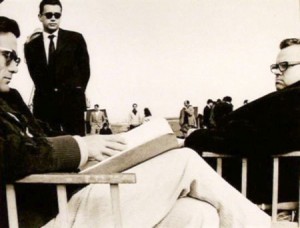 New to Rome as a full-time citizen, I was eager to find a good movie theatre: one where foreign-language features were preferably non-dubbed and where the emphasis was on independent and retrospective screenings. A Google search of Roman cinemas led me to the Azzurro Scipioni. Its July 2010 programme was picture perfect, including: La dolce vita, The Magician, Raging Bull, L’âge d’or, Late Autumn, and, coinciding with the BFI’s special restoration release to celebrate the centenary of Akira Kurosawa, Rashomon. I was especially delighted to see that La ricotta (1964), a short film by Pier-Paolo Pasolini, in which Orson Welles plays a condescending, though right-minded, regista directing a film of Christ’s Passion at Cinecittà, was to be screened that evening. It seemed a romantic way to inaugurate my movie-going career in Italy.

As I walked from the Campo de’ Fiori, along the Via Giulia (what Georgina Masson describes as “probably the most handsome street in old Rome”), across the Ponte Sant’Angelo (avoiding the more direct, but horrendous Vittorio Emanuele II), toward the Vatican and then beside it (as though in homage to the Old Masters so influential to Pasolini’s compositions), I thought of what a pleasant ritual this might become.

Turning off the Via Ottaviano, I entered the Azzurro Scipioni’s foyer, a discreet, narrow hallway decorated with self-published books and DVDs by its owner, Silvano Agosti, who was also selling tickets. Mine cost €8,00. I put on a sort of grave, skeptical, cheated face, not finding my Italian up to argument in front of the group of giggling, attractive girls that now stood behind me in line. After a long, dry moment of this, Agosti pointed upstairs to the “Sala Lumiere,” and I went, still hopeful of a decent time at the movies, if an expensive one.

The lights were all off and everything was pitch black – the Sala Lumiere, rather ironically, is about the darkest space I’ve ever been in. Shuffling raincoats were all-to-easily imagined from the days when it housed a blue screen. I self-consciously stumbled over the seats, unsure if I was the only audience member present, and managed to sit down somewhere that felt central. I pictured an overcrowded military screening with an out-in-the-open 16mm projector on a tea-cart beside me. The lights came on and the contrast between my envisioned space and the actual one was startling. The room was smaller (accommodating about 6 tightly packed rows) and without much of a slope; the projector was not film, but a domestic Sony DVD player; and the screen, though not the smallest I’ve seen, was certainly the worst – of a much darker hue than normal and untextured, like the cardboard triptychs science students used for presentations in the pre-power point era. To the left of the screen was a mannequin in vintage garb; to the right, a toy rocket ship made of wire.

I was joined by the girls from downstairs, a pair of elderly ladies and Sig. Agosti’s assistant, presumably there to man the projector’s remote control. A fuzzy play icon appeared on the top right corner of the screen.

In place of trailers and advertisements, Sig. Agosti played a not uninteresting interview he conducted in the early 1980s with an effeminate boy, nicknamed “Frank,” who muses on love, playing and his dislike of school.

But I still felt unsatisfied – €8,00 is a lot for a short film, even for a feature. I missed Edinburgh’s Filmhouse, where I’d recently enjoyed screenings of freshly restored Powell-Pressburger Technicolor classics for the concessions rate of £2.50 at the Friday matinees. In flustered Italian I voiced my irritation to Sig. Agosti, arguing that it was too much for a domestic DVD projection of a bootleg copy of a 30 minute film. With great sincerity, and a touch of offended pride, he claimed his video to be superior to any film version and pronounced his status as filmmaker and artist. Like a magician introducing the lady he is about to saw in half, he waved his hand behind the counter displaying his DVDs, decorated with quirky, seemingly-irrelevant artworks like Francis Bacon’s Study After Velasquez’s Portrait of Pope Innocent X. Then, indicating to his Sala Lumiere, he said in an effort to appease this obtuse philistine: “I will play Simon del deserto. It is a double-bill. You will enjoy it.” I had to admit that it was a commendable pairing, both being short, satirical films on Catholicism, juxtaposing the ancient world with that of the 1960s. Again I went upstairs to the Sala Lumiere, this time with lower expectations, content to see a good film even if in a bad environment, on a lousy screen, and at an extortionate price.

I sat there in silence for a quarter of an hour as the Sony projector’s screensaver played – its logo dissolving and reappearing at different points of the black frame – but Luis Buñuel’s Simòn del desierto never came on. There was time for meditation and I do believe I came close to finding religion up there in that seedy little room, so close to the Holy See. Maybe if I hadn’t walked out so damn spiteful and called out “Ladro!” I would have. 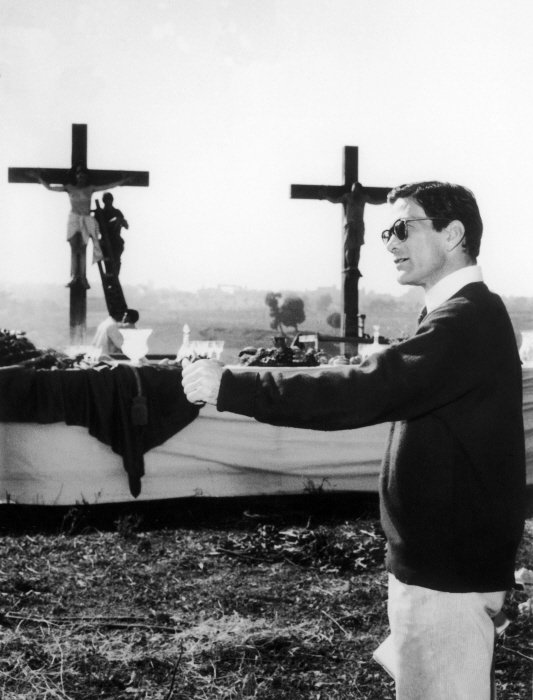 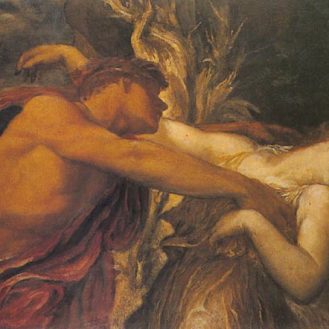 Dante Gabriel Rossetti, Edward Burne-Jones, and the Myth of Italy in Victorian England, at the Galleria Nazionale d’Arte Moderna, Roma, until June 12 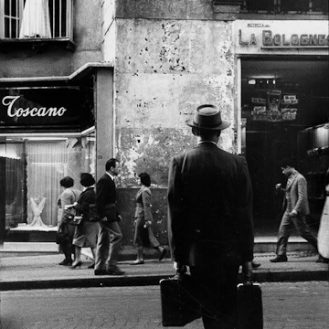 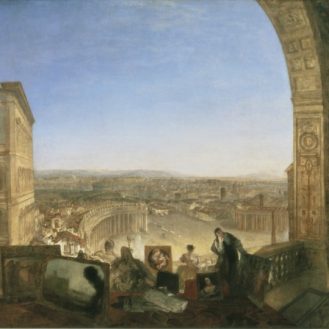