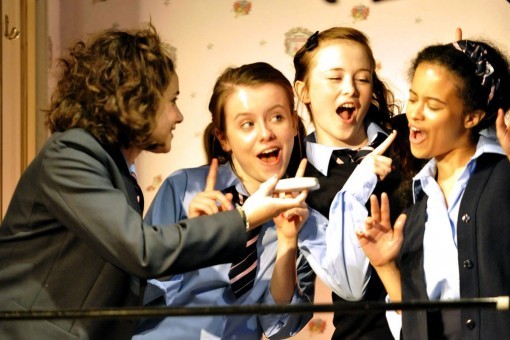 Spur of the Moment by Anya Reiss

Spur of the Moment

Her dark materials. I’m sure that the parents of Anya Reiss are bursting with pride that their daughter has written an acclaimed debut play, Spur of the Moment, at the unheard-of age of seventeen. But aren’t they horrified, too? As staged by the adventurous Royal Court Theatre, whose young writers program nurtured Reiss, the play is Ozzie and Harriet Burn in  Hell. Their precocious offspring wasn’t just listening at doors to what the adults were squabbling about. She was prying into their psyches with sharpened tweezers, as coldly objective as Nabokov with his butterflies skewered and pinned on a board.  Mums and dads across the land must be applying double insulation to their bedrooms.

The setup for Spur of the Moment is deceptively commonplace. An unhappy husband and wife (a true-to-life Sharon Small and Kevin Doyle) sit in the kitchen turning an innocent question — Would you like a cup of coffee? — into a blistering row, full of tired recrimination and repetition; they are a grating pair of middle-class enemies seen with teenage cynicism and gloom. Upstairs the twelve-year-old daughter of the house, Delilah (the baby-faced, exuberant Shannon Tarbet), rehearses a number from Disney’s High School Musical with her bratty squealing posse, while across the hall the lanky-hunky lodger, a college student named Daniel (James McArdle, as winsome as Jake Gyllenhaal before Brokeback Mountain grew him up), stares at the wall. Delilah and friends moon over him. For the first half of the play, as these dominos fall into expected patterns, I admired Reiss’s pitch-perfect ear but found my attention wandering: where Pinter has trod, one follows with caution.  Pinter used his trademark pauses to fill in the implied psychological dread. Reiss lays it on with a trowel.

But suddenly she drops in a note of startling horror. Delilah makes excuses to hang around Daniel in his room, coyly asking what he bought her for her thirteenth birthday. He plays along the way any twenty-year-old might with a kid sister when Delilah goes too far and impulsively kisses him. She blushes, he draws back. But instead of reproving her, Daniel pauses a split second and returns the kiss passionately — a dozen more follow. I must admit that I reached for the program to make sure that Tarbet, who plays a credible preteen, is in fact eighteen.  But the physical shock wasn’t so glaring as the thought that the playwright could so frankly dramatize childhood sexuality at her age. There really is a Nabokov lurking behind the glowing wide eyes and happy smile of Reiss pictured in the newspaper as she demurely fends of pointed questions: “I’m simply thrilled with my luck and, like, overwhelmed by so much attention.” Delilah, indeed.

The second half of the play doesn’t back away from Daniel’s transgression. The set is a house cut away to show us every room, like a giant dollhouse, so we can see the parents tidying up the kitchen while their daughter is rolling on the floor with her new lover overhead. Not quite lover, actually, since there is no sex or even partial undressing beyond Daniel in his t-shirt and boxers. Dark comedy ensues when his actual girlfriend, the brassy lower-class Leoni, shows up for a visit. She is too dim to grock that she’s the outsider in a love triangle with a twelve-year-old, and one has to marvel at Reiss’s ability to work a cringing farce from such unsettling material. Ibsen never dreamed about this dollhouse.

In the end, the young playwright backs away from the ledge. Daniel, now revealed as a pathetic soul who indulges in cutting himself with razors, flees in the nick of time. The parents stop sniping long enough to realize that they really do love each other. Reiss is on her way to wrapping up Spur of the Moment rather cozily, not fraying the audience’s nerves too far. But before the curtain falls she pulls off a wonderful moment where Delilah, her hopes crushed, is pressured to confess the illicit truth. The world stops; everyone is frozen. Will she tell all and get Daniel arrested? Will she unveil her own budding sexual longing? Or will she simply retreat into the innocent image that all the adults desperately want her to fit into? The audience can’t predict the outcome, trapped by the theatrical instincts of a playwright who can pull off a moment of pure psychological suspense. Delilah doesn’t turn Daniel in. She goes back to being a thirteen-year-old having a birthday that is icelollies rather than Lolita.

The adults on stage are relieved. Frankly, so were the adults sitting around me.  We started chatting about Reiss’s gifts and her possible future on the London stage. Wait a minute. Half the people leaving the Royal Court probably have daughters at home around Delilah’s age, innocent things who know nothing about burning lust and forbidden fruit. Of course they don’t. Otherwise, Spur of the Moment would be pulling off a sinister trick that would be nearly unforgivable. 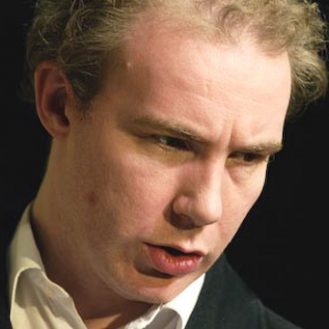