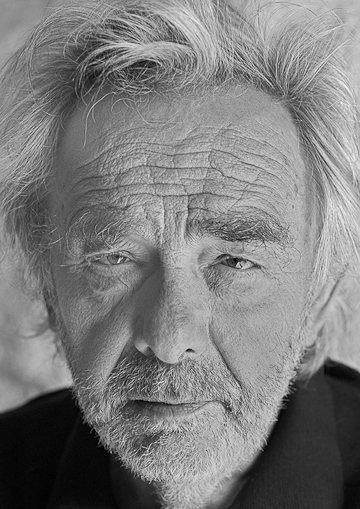 I have long deemed Munich’s Alte Pinakothek one of the most underrated museums in Europe. Thanks to aristocratic connoisseurs like William IV, Maximilian I, and Ludwig I, the city now boasts an outstanding collection of Renaissance, Dutch, and Flemish masterpieces. The museum is well complimented by Alexander Freiherr von Branca’s Neue Pinakothek and Stephan Braunfels’s Pinakothek der Moderne since 2002. In fact, these robust institutions have allowed Munich’s Kunstareal to rise above the current economic crisis as promising young talent finds a slow but steady stream of patrons.

Therefore Munich, a city where tradition is comfortably at home with the avant-garde, was an ideal location for the first major Arnulf Rainer retrospective which closed on September 5th. The show was organized to honor the Austrian’s eightieth birthday by the Pinakothek der Moderne, a museum that perhaps best situates Rainer within the milieu of contemporary art. Over 120 works were spread across galleries in the east wing of the Alte Pinakothek so as to situate a final series of recently executed Übermalungen near the masterworks in the permanent collection that inspired them. Particularly suggestive are the faces of the Virgin Mary taken from Rembrandt’s Holy Family (1634) and of Isabella Brant from Rubens’ self-portrait with his first wife (1609), The latter (Frau aus Flamen, 2010) features rich, green over-streaks of acrylic, soft enough to bring out the old yet vibrant enough to give the image new life. They demonstrate Rainer’s process of progressively concentrating on some section of a larger painting by beginning with meticulous photography of the original and ending with several overlays on a highly wrought laserprint. The final product is a focused presentation of the original face, concealed and revealed, placing artist in conversation with artist and offering the viewer a fresh encounter with the subject. Stripped of her large, ruff collar and ostentatious hat, Isabella now appears as the innocent girl she really was (and is), her left eye brimming with keen intelligence and her right eye betraying the devoted exhaustion of a faithful spouse. Rainer isolates these characteristics, recasts them, and then thrusts them into the present moment, reminding us that we are just as likely to encounter Isabella on the U-Bahn as in a seventeenth-century masterpiece.

The rest of the collection featured a generous selection of works representing each phase of Rainer’s long and prodigious career. The stark, black crosses of the 1950s show an obsessive concern with simple geometrical forms and brash monochromism. The body poses including Eingedeckt von Taubenscheisse/Schlaffliege (1973/1974), Niederplatzen/Ein Niederfall (1973/1974), and Müde Pose (1973/1974), similarly reveal Rainer’s tendency to deform rather than distort. 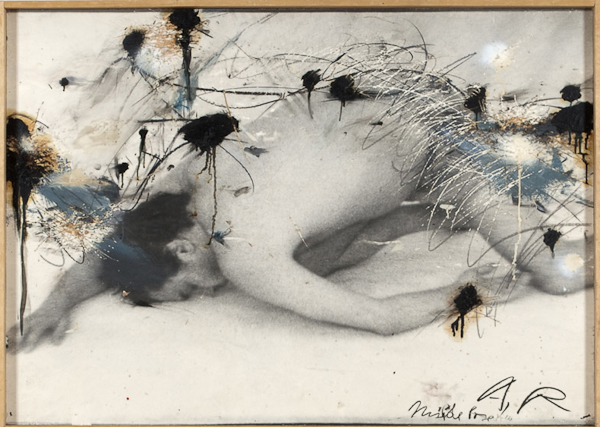 These images shock rather than pain, offend rather than frighten, disgust rather than repulse. They are jokes too serious to be taken jokingly. Rainer allegedly produced many of his pictures under the influence of a carefully prepared concoction of hallucinogens and depressants. Also featured were Rainer’s early experiments with line drawings done blindly in order to bring to the fore the hazy frontier of consciousness and subconsciousness, deliberation and immediacy that was a trademark of the Viennese avant-garde. Another room featured four Schleierbilder (from 1998 and 2000) and the Diagonalmalerei (1996). 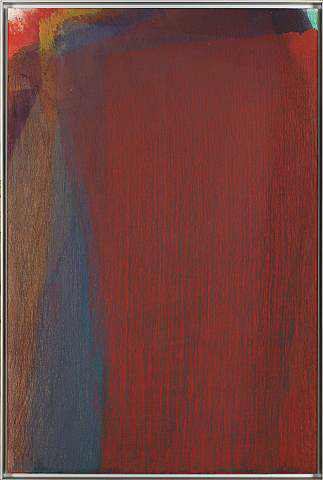 Deeply moving are the overpainted photos of Hiroshima-Zyklus (1982) in which we find a point of merger between the artist’s boundless creativity and the overwhelming destruction that marred the twentieth century. Other works of note included Proportion (1953), Schwarze Sonne (1950s), the Leonardo-Serie (1976) and the Rembrandt-Serie (1980), as well as the death masks of Robespierre, Marat, and Swift, together with eight paintings from the LAUB series (1986).

I must admit that I left this show feeling the same ambivalence with which I entered it. I have always been conflicted over Rainer’s irreverent outbursts as a student at the Viennese Academy of Fine Art in 1949 and at the opening of the 1951 exhibition of the Viennese Society of Arts and Sciences. On the one hand, the latter incident, at which the artist allegedly shouted at the audience “I spit on you with your rotten conception of art!” marks the epitome of disdain for “tradition,” in this case even surrealism. On the other hand, looking at the sheer volume and variety of work represented at this retrospective, I could hear Rainer crying out “so what are we (i.e., artists) supposed to do now?” Indeed, what are artists supposed to do now? I, a non-artist, am hardly in a position to offer an answer.

Or is that perhaps precisely the problem? Could it be that I and other non-artists hold the key to the solution? What do we want to look at? To what extent does art express our values and to what extent does it invent them? How should we respond to art when it tries to destroy them? At what point does irony become an affront, the “borrowing” of religious symbols a sham, and the subversion of beauty an epidemic? 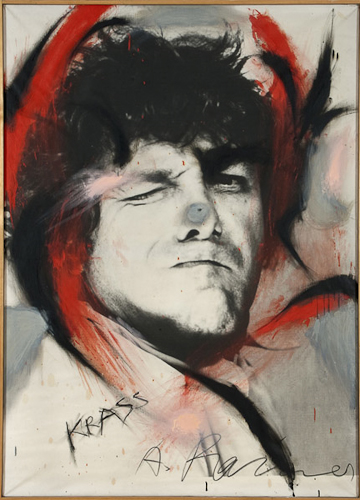 Hence my ambivalence arises, on the one hand, from my yearning to enjoy art and not simply appreciate it, to be elevated by it and not merely challenged by it, even when it depicts the ugly and the grotesque. I therefore feel betrayed whenever artists take up a deliberate campaign to convince me that I shouldn’t have such desires or expectations.

On the other hand, I sympathize with the artists’ quandary about what to do next. It makes sense to me that they shouldn’t keep doing what they have already done. But it seems to me that when neither of us knows what to do next, it might be best for all of us to step back, take a deep breath, and reflect for a while in silence. Unfortunately, Andy Warhol has taught us that it is best to maintain the frantic pace of production and consumption, image after image, word after word, no matter how trivial or banal. As a result, impatience and a lack of discipline too often pass today for spontaneity and a study of the subconscious.

So even while admiring Rainer’s undeniable craftsmanship and refinement of technique, I cannot help but be suspicious when I hear him describe the volume of writings published in conjunction with this exhibit as “tricks and instructions for use, intended to stave off far worse interpretations of others.” I happen to believe that genuinely good art has no need — at least on the surface — of interpretation, much less a user’s manual. All the same, I’ll keep going to see his work until both he and I figure out just what we ought to be doing. 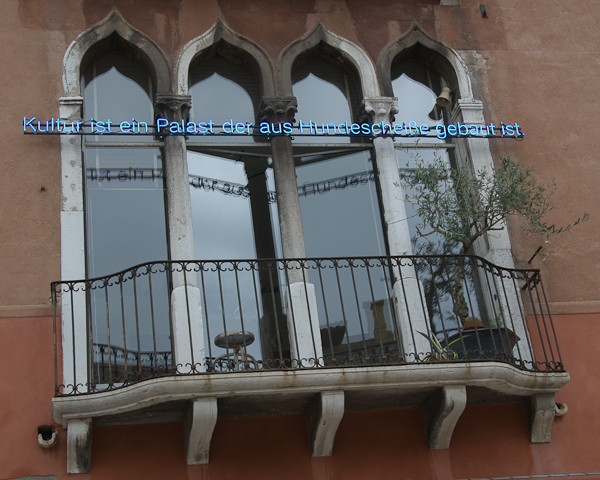 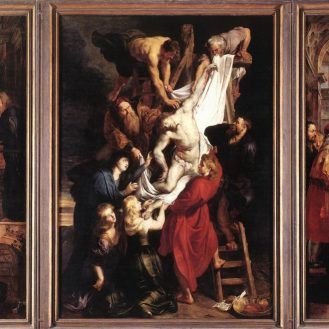