When speaking of modern music, it may be the complexity of rhythm or harmony of the piece in question, a lack of memorable melodies or it may be a simplicity in the rules implicitly underlying the piece, which only makes the freeness of the music seem complex to the listener’s higher faculties when they try to analyze it. Just as a thing can be understood intuitively or felt strongly to be so which the thinking, rational part of the mind finds impossible to prove, or can only justify after much difficulty. Some point to Debussy’s L’après midi d’un faune as the first usher of 20th Century music. It was and is modern in its own way, even if people often seem to expect modern music to shock, and maybe are a little disappointed if it doesn’t. Faune doesn’t exactly shock — only insofar as it meanders and doesn’t climax and resolve in a familiar romantic or classical way. Whether it shocked 120 years ago is another matter and difficult to answer nowadays — a history of the ear would be a hairy book to write. Interestingly, modern “ballet” and music were born almost simultaneously: the first modern ballet which peeled off completely from classical and romantic ballet is considered by some to be Stravinsky and Nijinsky’s Sacre du printemps, and it did shock of course, starting a riot in Paris (though not in London). It’s hard, and perhaps not interesting, to separate the shock of the music from the choreography. Though trained in the Imperial Ballet School, Nijinsky’s choreography included nearly everything forbidden by classical ballet technique. But it wasn’t just conscious technique or style which made it modern, it was the unfamiliar preter- and supernatural imagery, even stranger than romantic ballet’s, the artists’ free social attitudes, the hemlines inching up. Such things were perhaps implicit in the Second Viennese School’s music too, though nobody tried to dance to it, so perhaps both groups’ music had the same spirit, even if they had different souls. Debussy’s music also appealed to Nijinsky, even if it was Diaghilev who picked the composers, choreographing the Faune as well as Jeux, which premiered but two weeks before Sacre du printemps. Though Nijinsky’s rules were also simple to the point of non-existence the actual steps were complex enough that none of his dancers remembered the choreography afterwards, except for Faune, which is seemingly simple in its angular lines and its subtle internalized emotions and simple psychology.

A brilliant piece of programming too, combining Debussy and Wagner, Liszt and Beethoven, and under Mr Bavouzet’s style of playing they become all of a piece. Wagner’s augmented 6ths (I believe equivalent to the 1st, 3rd and 6th degrees of a whole tone scale) aren’t at all alien to Debussy’s whole tone harmonies, both seem content en flânant without goal or resolution. Liszt’s sparing use of queer chords and general sensibility is not so very different from Beethoven’s. The program also nicely complemented the Liszt 2nd Piano Concerto which Mr Bavouzet played with Maestro Ashkenazy and the SSO the same week.

Mr Bavouzet’s two-hand transcription of Jeux successfully fits the piece to the piano and shows great creativity. While it is not a reproduction of the orchestral version, as he himself acknowledges and intends (“10 fingers is not enough!”), it is a poem of Jeux. It has a character of its own, becoming a very interesting kind of freely formed piano sonata, rather than a ballet, though it does inherit a strongly expressive rhythm from the original, which Debussy isn’t known for from his most popular pieces, but which he was very good at. Mr Bavouzet’s interpretation of Liszt’s Tristan und Isolde transcription was similarly poetical, not a case of nostalgia for the opera, but he played it as a particularly grand piano sonata (as the Beethoven Pathétique is), as, for example, Tennyson’s Song of the Lotus Eaters or Ulysses owe their existence to Homer, but also have an existence of their own. Each piano rendition has the same soul as the original, but finds expression in a different way with the different artist.

His interpretation of the very familiar Clair de lune was original and had, if not a sense of rhythm like Jeux, a subtle pulse sometimes lacking in more conventional, more limp interpretations. The piece is not only soporific moonlight, for the Moon has its own definite and very regular rhythms, indeed more regular and clear-cut than the Earth’s because of its starker landscape, which do relate to terrestrial seasonal rhythms. Mr Bavouzet also gave the other ultra-familiar piece in the program, the Beethoven Pathétique sonata, an original interpretation. He drew a satisfying contrast in the “C” section of the first movement between the rising four staccato notes and the very fluid, cascading appogiaturas. He also stretched the short pauses in between the melodic sections of the first movement into silences through which he maintained the music’s powerful rhythmic momentum, counting time with conductor-like waves of his right hand. His pedaling is also rather unique and certainly expressive, especially in the Beethoven and the Liszt Grosses Konzertsolo, as he makes sparing use of holding a few more ringing notes at a time than is conventional and kind of half-lifting the pedal or lifting his fingers slowly from the keys to dampen more gently some of the overtones, to linger in his own way on interesting cadences.

It was fascinating to hear Debussy’s “moonlight” études together to see how the idea evolved and changed. Different characters, all something of a piece with the night, but as varied as the creatures of the night and their activities, a little like the varied activity in Mahler’s Seventh, which Ashkenazy played last week too.

While the études were perhaps a tad intimate for the largish concert hall, the Liszt and Jeux fit very well in the room. Mr Bavouzet seems to shape his sound so expressively, as if he were conductor and musician. He has a strong sense of how the touch of either hand against the keys pushes against the acoustics of the piano and the room; he is a great listener as well as player. Indeed the interesting program notes by Yvonne Frindle include an interview with him, in which he describes growing up in Metz and hearing Messiaen, Stockhausen, Boulez and Ligetti, and experimental electronic music and jazz peaking his interest. The shape of the sound was particularly strong in Jeux and more so in the Liszt, where his hands seemed like different characters setting off a dramatic painting in sound with great control, but seemingly little effort, completely unlabored despite the obviously demanding and exhausting effort drawn from him. Mr Bavouzet shares his music in a generous way, not merely showing off his technical virtuosity but putting the the music first in sharing pieces he loves.

Eve Queler talks to Michael Miller about her upcoming performance of Wagner’s Rienzi with the Opera Orchestra of New York, Jan. 29, 2012, at Avery Fisher Hall 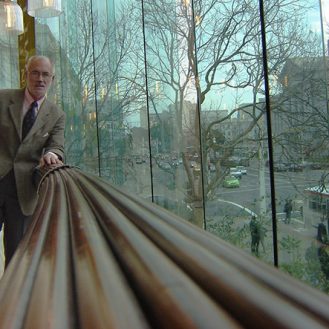 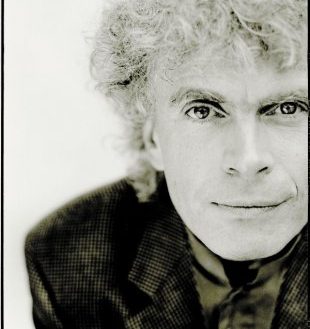 Simon Rattle Conducts the Orchestra of the Age of Enlightenment in the Love Scene from Roméo et Juliette and Wagner’s Tristan, Act II