A marble of Mahler's head made by Rodin for himself.

Gustav Mahler
Symphony No. 6 in A minor

In a way it is pointless to try to write words on music like this, but here goes anyway. It doesn’t really help to read glib selective quotations from even the composer describing the music, sometimes in a single word, “tragic,” “fate,” “Heldenmord” fail to do justice while missweighing one idea, like a greedy fruit grocer. The Mahlers deep and checkered feelings about his Sixth Symphony are clearer from this quotation from Alma Mahler’s memoirs, even if it does sound ambiguous or contradictory at one level:

The summer was beautiful, serene and happy. Before the holidays came to an end he played me the completed Sixth Symphony. I had to get everything done in the house, so as to have all my time free. Once more we walked arm-in-arm up to his hut in the woods, where nothing could disturb us. These occasions were always very solemn ones….

Not one of his works came so directly from his inmost heart as this. We both wept that day. The music and what it foretold touched us both deeply. The Sixth is the most completely personal of his works, and a prophetic one also. In the Kindertotenlieder as also in the Sixth, he anticipated his own life in music. On him too fell three blows of fate, and the last felled him. But at the same time he was serene; he was conscious of the greatness of his work. He was a tree in full leaf and flower.

His novel mixture of instruments and melodies does not sound self-conscious at all, but as beautiful as the few minutes after dawn when all the the birds sing at once and although their individual songs mightn’t seem able to combine harmoniously to a human being, together they sound vibrant and exhilarating, to give a sense of the space of the forest extending behind into wilderness. Mahler would take long mountain walks in the summer (and around Vienna, where he in the other seasons) occasionally stopping to play with an idea in his music-staff-ruled notebook — not to say that he stole intellectual property from the birds, but rather his motives seemed to have come to him simultaneously with his observing and admiring nature. Listening to the symphony, sounds developed which are so surprising I couldn’t tell where they came from. So much a case of the music being greater than the sum of its voices in the orchestra, it doesn’t seem a performance of 100 individual musicians and their conductor, but more a thing alive in itself which just so happens to dwell in concert halls and in ears. The piece consoles the loneliness of the individual instruments: the tone of the kettle drum is not really so far from the trombone nor the celesta, xylophone and cowbells from the woodwinds. Likewise, perhaps the style of such modern music as this, with its free and novel combination of motives in sequence or in counterpoint, need not be thought of as such a huge leap from Tchaikovsky, Wagner or Liszt. The happy marriage of instruments came across all the better from the Sydney Symphony’s and guest percussionists’ sensitive playing, who seemed all of a piece with the rest of the orchestra. Also particularly fine were Diana Doherty’s oboe playing, Jesper Svedberg’s moving cello solo, Robert Johnson’s French Horn which transcended the monotony of that instrument’s violent ancestors, and Dene Olding’s and Kirsten Williams’ violins. The rest of the brass, especially the trumpets, blended very sensitively into the greater whole. The orchestra was certainly deserving when Mr. Ashkenazy very sweetly gave them his bouquet at the end of the concert.

The symphony as a whole, with Mr Ashkenazy so carefully shaping its novel sounds as apparently Mahler so carefully invented them, demands that much care from the conductor, and Mr. Ashkenazy’s deep attention to detail was evident from this. Such care and attention brought out at the same time the best in the individual musicians for the listener. He conducted sensibly, seeming to draw out the notes themselves with their original intention, undistorted, reproducing the piece with a sense of memory and so very vibrantly. The music seemed not to occupy time it sounded so of a piece, so whole, so deliberate and comfortable in its own skin that it could be admired for itself without analysis or adjectives. Indeed it was so good, immediately upon returning home, I bought a ticket and heard it again (allowing a day for digestion). It is particularly important I think to hear Mahler live because, like photographing a fairy only to find a formless smudge on the developed film or a mysterious under- or overexposure, so Mahler’s music does not seem to record. Even a decent recording of a fine performance by Bruno Walter or Mengelberg isn’t the same animal as what Ashkenazy and orchestra brought to the concert hall. I hope it stays in the repertoire and it’s not too many years before we can hear Mahler again in Sydney.

The Liszt concerto was delightful. It developed gradually and continuously into a joyous ecstasy. Jean-Efflam Bavouzet’s playing was at the same time sensible and romantic, very emotional but never overly heavy nor so light as to float away, uncontrolled and lost. He can vary his tone nimbly within the space of a single bar without sounding abrupt. The lyrical passages were mellifluous and the fortississimo restrained and strong. His pedaling was sometimes a tad unorthodox and colorful, and very appealing, perhaps allowing a few more notes than the norm to ring in the piano, even drawing out some of the overtones. He always took the music seriously, not that it is light, but it is marginally kooky and there is always the risk of an ironic interpretation. Ms Doherty played her oboe sweetly and made a very nice match with Mr. Bavouzet’s style and she showed remarkable stamina to play so much music without showing any sign of fatigue. Indeed it was lovely of him to give her his bouquet at the end of Sunday’s concert. 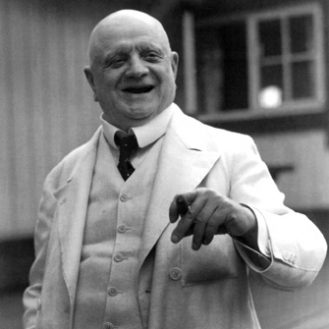 A Crop of Recordings X