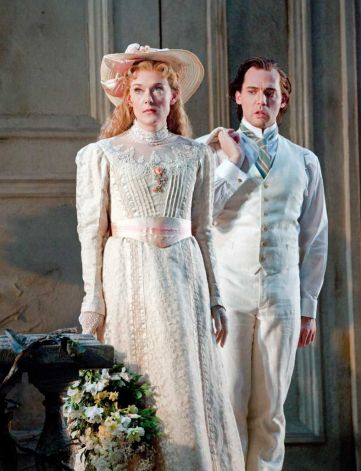 There was a grand sense of occasion as one filed into the Metropolitan Opera house on the evening of December 20th 2010. The strange and mystical energy of the holidays added a humming buzz to what was already an anticipation-filled atmosphere haunting the foyer. One had the impression of being about to see something important: but covertly important, as though a secret society of only those truly in the know were about to be witness to the event — a performance of one of the 20th century’s greatest works.

And there was no rushing the pace of this sinking and seeping on December 20th. From the moment conductor Sir Simon Rattle  —  making his Met debut with this production  —  raised his baton and summoned the first grave notes from the orchestra, I was struck by the unhurried quality of his leadership. Rather than driving the music forward, he seemed to let things be with a remarkable quality of passivity and peace. The music was also quieter than I expected. Although I grew up living and breathing classical music, most of the performances I attend are rock shows. Once again as the orchestra began I had the feeling of being at some kind of sacrosanct meeting. The information conveyed would not be shouted; it would be whispered. And only those worthy enough to truly listen would apprehend its message.

The scene opened on John Conklin’s rather surprising set. One expects an exterior at the beginning of Pelléas et Mélisande: Golaud finds the weeping Mélisande in the middle of a forest. Instead the audience’s eyes were greeted with the strange white walls of a billowing mansion: an unexpected interior. These same grand white walls continued to be used throughout the production and were subtly manipulated to suggest various settings. Still, even in the scenes in the grotto or by the seaside as Mélisande and Pelléas search for her missing ring, no directly natural or outdoors visual aspects were employed. Even outside scenes were rendered by the use of the white walls, lending the production a claustrophobic feel. Maybe this is what Mélisande must have felt trapped inside the walls of the castle, as she so often says “I feel unhappy here.”

I was struck by the beauty of Magdalena Kožená (Mélisande). It is a pleasure in opera to see a character performed in a way that is visually realistic. To me this aspect of opera is just as important as the quality of a singer’s voice. Opera is, after all, theatre and a story must be told. In this case, a fairytale: again an argument for a visual presentation that is physically beguiling and offers no interruption of its total entrancement, where nothing seems out of place. Kožená seemed completely convincing as a waif with beautiful long hair, falling down around her waist which she occasionally gathered in her tiny hands and brushed aside in a gesture of plaintive quality. Her voice, as did the orchestra, demanded careful listening: as in the instances when one thinks one hears rain out the window, wonders if it is starting, and stops everything else for a minute to listen if it is. She also had the beautiful habit of drawing out the last word in a phrase, especially a phrase that would end a scene, and imbuing this last syllable with the most haunting melancholy, after which she would walk away slowly.

All of the principal characters seemed to walk away slowly at the end of a scene, the way a mountain or hill recedes in a rear view mirror as it is left behind and passes from one’s vision. One can only assume that this was a facet of Jonathan Miller’s direction. Miller is a venerable director whose conceptual approach to philosophy and the stage has long fascinated me.

The first and second acts seemed to dematerialize the same way they began, as in a fog. The audience quietly rose to its feet to greet the first of two intermissions. Distinguished luminaries could be seen in the crowd: I and my guest were two rows away from singer — songwriter Rufus Wainwright and in the same row as conductor James Conlon. The old man beside me had a rather creepy aura as he lowered his ornate inlaid pearl opera glasses and crept into the lobby. The chandeliers lowered themselves as stealthily as they had ascended at the beginning of the performance, perhaps the better to hear the mini — conversations of the spectators below. I wanted to order one of the 18 — dollar flutes of champagne at the Met bar but instead ran three blocks to 63rd st. to one of my favorite delis which has an impressive selection of sour candies. It made for a distinctly strange impression upon returning to the hall as the third act was beginning: again a feeling of being removed from the outside and its hurriedness and of observing a world, the world of this opera, which appeared as a ghost from the past and left behind the impression of seeing a sacred ritual.

The main characters all had different presences. If Mélisande (Magdalena Kožená) was wispy, Golaud (Canadian baritone Gerard Finley) was frustrated, it was the Pelléas of Stéphane Degout which seemed the most direct and genuine. From his first entrance, sheathed in white, he approached the crowd in a straight line, walking at a straightforward pace with an air of purity. He seemed to be the only character in the play to face the audience directly. He seemed to have nothing to hide, acting on impulse with an innocence that may have seemed nefarious to other characters. In the end his character seemed as innocent as the child Yniolde (a vocally excellent Neel Ram Nagarajan) whom Golaud uses as a pawn to spy on his wife.

Speaking of Golaud, I was particularly impressed with the pacing of Gerard Finley’s performance. The role of Golaud looks to be exceedingly difficult; lengthy and angst — filled. Yet Finley filled all of his part with a mellifluous and even baritone which stayed melodious even through the most physical of scenes.

It must be said as well that Willard White lent an extraordinarily soothing wisdom to his role of the old King, Arkel. I often find that the scenes involving Arkel are the only boring parts of this opera. Yet through Williard White’s interpretation the audience found itself in the presence of a benevolent spirit who had found peace and was presiding as best he could over the gloomy happenings.

As the second intermission neared its conclusion and the fourth act was about to commence, I found myself ruminating over the description of the music in the program notes. A paragraph describing the score notes that “The wholetone scale, a device Debussy used frequently in his compositions, is found throughout this score. Its harmonically ‘open’ feel often indicates a sense of being lost, as in the first scene, set in a forest.” This made me think of another masterpiece of the 20th century. As an avid listener of post — punk legends The Cure, I have often associated the lyrics of their song “A Forest” with Pelléas et Mélisande. Perhaps these lyrics could be Golaud’s inner monologue as the hunt leads him deeper into the wilderness: 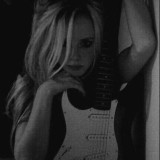 Emma Collins is an actress and musician living in New York City. She is the daughter of the baritone Keith Kibler, a contributor to the Berkshire Review, an International Journal for the Arts. 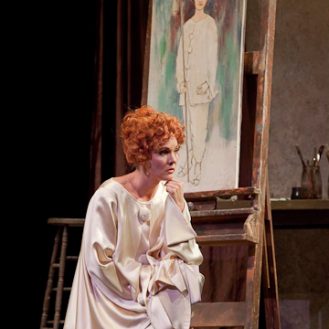 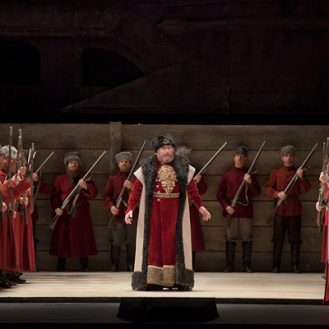 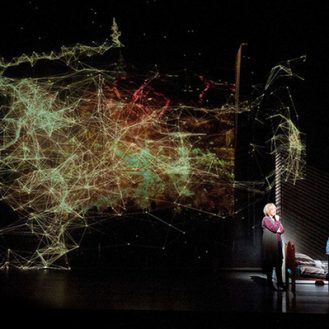