Oboist Diana Doherty led the first piece, the Mozart wind octet with a string bass, wood wind and horn players from the Sydney Symphony Orchestra. A fine group of musicians who did shine in recent large symphonic performances, especially Mahler’s Sixth, it is nonetheless good they had the chance to play as a chamber group without a conductor. One might think the piece might be a little too intimate for the large symphonic hall, and it is occasional music composed for a specific room in a specific nobleman’s palace, like many of Mozart’s serenades, sinfoniettas, divertissements, cassations etc. Mozart in his letters often sounds nonchalant, though honestly so in a modest manner, when he describes composing such pieces, making a few florins on the side while traveling to a larger city or waiting for his next chance to write an opera. But he really put as much into them as a symphony and this octet is especially sublime. The musicians seemed to play it with a sense of occasion, since it did quite nicely fill the hall and being such danceable music, not even in just the minuet movements, the performance strongly evoked the ballroom, and a very tasteful one. The players’ care over the subtle details and the balance between the combinations of instruments was evident because one did not hear musicians trying to do too much or over-interpret the piece, but proving how great the possibilities of individual expression are in playing with small degrees of subtle change, “reading between the lines,” as it were, in a very close reading of the piece. Mozart’s voice came across plainly and clearly alongside the musicians and they allowed the music just to exist as what it is. For it is a warm-blooded, living piece with a discrete, rather unobtrusive soul of its own. The conversations between the oboes and clarinets were particularly delightful. The sordino horns were very well balanced with the wood winds whether soft or loud, and had good intonation even in the fast running scales.

The Haydn Symphony 49 is an odd, operatic, almost misbalanced (emotionally rather than musically) piece. Almost all of it is in the minor key, each movement beginning so and even when there are a few phrases at a time in a major key it still seems to be smiling with damp eyes. The emotional intensity seems to be carefully wrought by the composer so the piece still has a classical quality, but like much of Haydn’s music, it transcends those sorts of descriptions and can only be catalogued as “Haydn,” but its discontentment sounds justified and in that sense is rational. Perhaps indeed it is possible to hear a fore-harkening of his last opera, L’anima del Filosofo, though the symphony doesn’t have the same unmanageability, the unstable and inertial emotion as the opera. The orchestra played with restraint and care which gave the piece clarity without resorting to sentimentality or fraughtness in the strings, which the piece wouldn’t have needed any more of, and allowed the piece to speak, or rather feel, for itself. The first movement adagio was closer to andante, as they should be in general (no one wants to hear or play music “at ease,” like that sunday brunchtime jazz on the radio; even if not “walking” it has at least to be standing up) which meant the players gave it a steady pulse which would either throb or walk deliberately or express whatever the musicians wanted. This is remarkable without a conductor and, though a smallish orchestra, it still had 30 or 40 players and was capable of a sizable full sound. They clearly know the music thoroughly and it reflects well on first violinist Sun Yi, who lead from his bow.

The last piece featured soloist Pieter Wispelwey. He has a peculiar style: first of all he sat with his back to the orchestra, up on a leather piano bench on a large box, and he is quite a tall man besides, set up more like a soloist than a soloist-conductor. He played with very strong accents — the preceding note pianissimo and the accented note fortissimo with a strong, highly colored, gravelly tone by virtue of quite a violent bowing action on the period instrument (period accurate to the decade!) — and this was especially the case for the large intervals and also in the interstitial development sections between the main themes and recapitulations. When he settled into the ‘B’ themes of some movements, he was a bit more restrained and more expressive, in my opinion. The cadenzas he played were very “out there,” and sounded improvized — certainly they were nothing like the Benjamin Britten cadenzas many might be more used to. In these very free, almost jazzy solos, he seemed fond of jumping huge maximal intervals with sudden great changes in dynamics and extremes of tone, and quite freely and without restraint used pizzicato and strumming. I found the effect affected, quite a flat sort of virtuosity of technical ability. But that Mr. Wispelwey could play the softest notes so lightly and gently and also that such heavy strongly-bowed loud notes could still have some cohesion, implied that he could play with good control and be physically capable of a deeper and greater range of expression, potentially in high sympathy with Haydn. He was certainly not on the same wavelength (figuratively, of course) as the orchestra who played more gently, even cooly at times with sensitive control and fine balance and seemed to be seeking or exploring some underlying feeling in the music, rather than hubristically trying to sound like the alpha and omega of Haydn’s music. When they would take up and repeat the soloist’s theme, it really didn’t sound like the same music, and you don’t necessarily want it to sound the same, but there was a feeling of professional loggerheads, however polite. 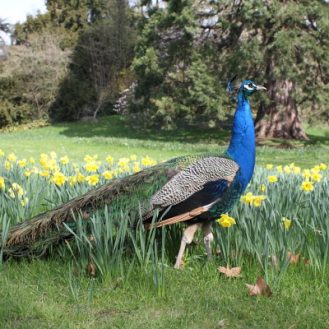 Opera Houses in the City, Part I: The Palais Garnier (English Version)