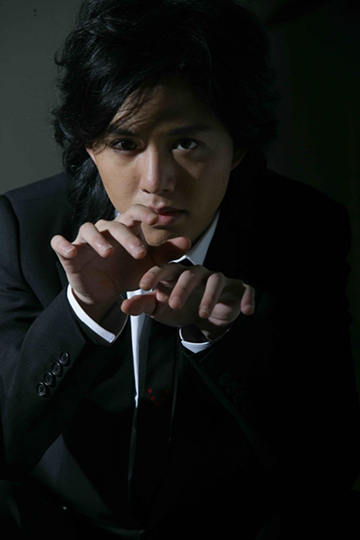 Benchmarks for success may sometimes change. But vanity itself never changes. Indeed, tact appears to be the ancient art invented to deal with it. And in the concert world, as elsewhere, self-satisfaction frequently begins with a name. These days, sometimes just one.

More than a century ago Sir Edward Elgar, then just and justly becoming famous, expressed modest hope that a letter addressed to “Edward Elgar – England” might one day reach him. He lived eventually to experience this level of renown, but without seeking it. In more recent times, a publicity-conscious world could identify “Lenny” by first name alone, though Bernstein ultimately came to find indignity in his nickname. So within the changing parameters of fame, one wonders what Sir Edward would have thought of “Lindsay” and “Britney” and “Yanni,” and of the recent PR truncation of Yundi Li to “Yundi”? And how harshly should we assess the notoriety of a young pianist apparently more interested in being Tweet-memorable than musicianly?

A recent San Francisco Symphony concert, pairing former Music Director Herbert Blomstedt with the flamboyant Chinese pianist, proved to be a good natured and mostly parallel experience having something to do with Tchaikovsky—but revealing more patience and tact on the part of the conductor than any meeting of the minds about the music. Herbert Blomstedt, now entering upon his late eighties, remains a marvel of health and buoyancy. Flaring white senatorial eyebrows are nature’s small concession to age, but beneath them an ever-energetic Swedish schoolboy prevails. Yundi, scarcely a quarter his years, projects (perhaps in excess) a sense of Byronic romance, but as befits a pianist known for his Chopin and Liszt. Taking a cue from Rubinstein, who used to sit back and attack the piano from high up, Yundi is very much aware how his hands look. Where another pianist might hover over the keyboard, Yundi leans back and reveals the flying articulation of unusually long white fingers, flashing in the black lacquer of the piano lid. No harm in this. But it would have helped if he had been able to resist some of his own exuberance. If he had been accurate. And if he hadn’t repeatedly mistaken the sustaining pedal for an accelerator.

Approaching Tchaikovsky as an orderly, rational composer can be a valid approach. It worked well for Kempe and Wand. And it has worked for Blomstedt before. But it helps to have a seasoned collaborator on the same psychological page. Yundi, as it turned out, was not only rebellious, but boisterously uncollected, and throughout the Tchaikovsky First Concerto one had the sense of Blomstedt struggling indulgently with a puppy jumping at the leash. The adjective one seeks to avoid–but keeps thinking–is “immature”.

Tchaikovsky’s First Piano Concerto is something of a victim of its own success. The opening paragraphs are so memorable that the composer doesn’t dare repeat them, for fear of overshadowing much of what follows. Only the orchestral tutti at the end of the finale carries the same sweep, and it balances the piece out nicely. Much of the piano writing skitters around trying to avoid playing the melody everyone wishes would return. Blomstedt massed most of his strings stage left, including six basses, but amazingly, despite a typically direct and energetic accompaniment, the volume of Yundi’s sound at times simply overwhelmed the solidity of the orchestra. Indeed, much of his playing resembled practice-room dramatics.

Anyone who has ever sat down at a piano knows you can produce an overwhelming volume of sound by banging away quickly in octaves with your foot on the pedal. But such effects don’t belong in a performance. Yundi’s first movement cadenza was a blurred wreck of lightning-quick inaccuracies. The Prestissimo section of the second movement went better and dazzled with its speed. In the finale, Yundi was simply all over the place—excitingly so, it must be said–leaving Blomstedt behind in a trail of rubato—but it was their good fortune to meet up with each other occasionally—and to end the piece together. Bravo! An arranged marriage without issue, perhaps, but without catastrophe, either.

The second half of the concert was devoted to the Sibelius Second Symphony, idiomatic in the brisk Blomstedt manner. Blomstedt’s Finland has few lush vistas, and one is not encouraged to linger sensuously. Craggy moments are mined for vigor rather than brooding majesty. The approach is consistent: Punch-through in the first movement brass climaxes. Hard timpani sticks. Big squawking primary woodwinds. Fast, emphatic plucked basses in the second movement. (You get exercise walking with Blomstedt!) Horns in the third movement trio surprisingly soft–just a bit more of a rest stop than expected—But more vigor than romance in the sweeping last movement melody. And a big clear-eyed build to the end. This was all beautifully played—yet Herbert Blomstedt’s Nielsen surely benefits more fully from this sort of directness than does Sibelius.

Sibelius’ music propels itself through the expanding and contracting of phrases, undulating like a snake. But undulation is just the sort of thing which makes Herbert Blomstedt uncomfortable! Indeed, much of the symphony derives from the beginning of the first movement development section, where a solitary oboe note is held and slowly increased in volume until it snaps back upon itself as a trill. All subsequent climaxes in the movement hit upon that delayed trill, and so do many in the later movements. It is a paddle-ball challenge, really. How long do you hold the note? How far down the line do you lob the thing before it comes back out of control and whacks you in the face? How lengthy the elastic? How vigorous the snap-back? How grand the wriggle?

There wasn’t much tether-ball daring in Blomstedt’s approach. It is not his nature. And this, paradoxically, robbed his Sibelius of its metaphysics. 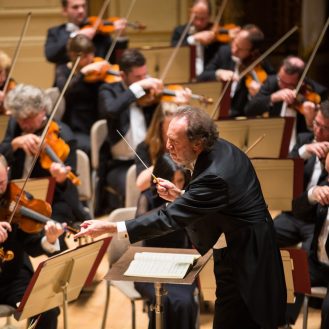 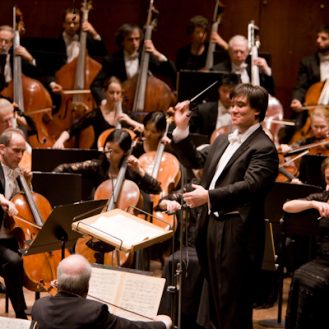