The Australian Ballet has of course a long history of commissioning new works, often from Australian choreographers. For the last several years, the Company has encouraged this activity under the 'Bodytorque' moniker — five dancers from the company with an interest in choreography are given the opportunity to create a short (15-20 minute) ballet with dancers from the company, which they produce for the general public in a smaller theatre (smaller than the opera house, anyway) — a safe enough environment for experimentation. We balletomanes get the opportunity to see fresh creativity and serious, experimental modern ballet choreography and dancing, as well as what the future holds for the larger national company. This year's program is certainly varied in inspiration and execution even though, or perhaps because the scale of the productions is small. Some have plots and some have concepts, more like 'interpretive dance,' if I can use that term without a negative connotation.

Read More
New York Arts in Edinburgh
“You have to laugh,” Horace (Mark Prendergast) says to Arnolphe (Peter Forbes), the antagonist of Molière’s play, newly translated into rhyming couplets by the Scots Makar Liz Lochhead and revived by Tony Cownie for the Royal Lyceum Theatre in Edinburgh this spring. This adage is repeated twice more, and the audience must take comfort in it. The world of Educating Agnes is disturbing, devoid of human feeling, and the only coping mechanism for both the audience and the characters is to laugh. The Royal Lyceum Theatre in Edinburgh is perfectly suited to taking on this type of 17th-century drama, both in atmosphere and sheer theatrical clout.
Read More
Music

The string quartet often served as a kind of guinea pig for composers' experimentation and innovation, especially in the Classical period, and the peculiar bright, sometimes astringent (generally in a good way) sound of this arrangement of instruments foreshadows that of 20th Century Music. (Scientifically, this sound partly owes the violin's unique quality that its first harmonic can be louder than the fundamental, though this depends a great deal on personal style). A good example is perhaps Mozart's String Quartet no. 19 in C major K465, dubbed 'Dissonance,' which many balked at when first played. Mozart and Haydn, and later also Benjamin Britten, were keen violists, and they sometimes played the alto part in their own and their friends' works, entrusting the first violin to a professional musician while retaining some control over the piece's early performances. Perhaps if Schoenberg could have participated in the first performances of his atonal music it would have had more early success. 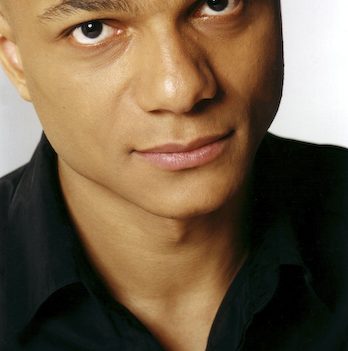 Omar Sangare, who is currently starring in John Guare’s “Erased” with Glenn Fitzgerald at the Atlantic Theatre Company, has been selected by the U.S. Department of State for a video project that will appear as part of President Obama’s trip … 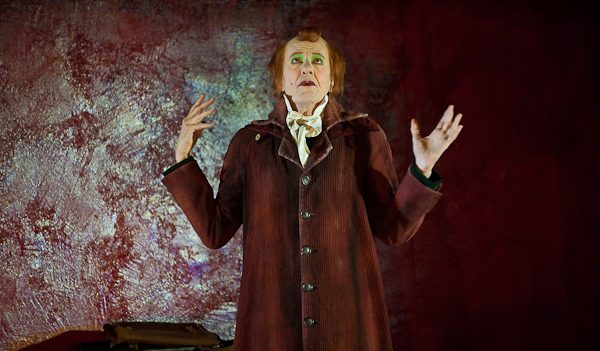 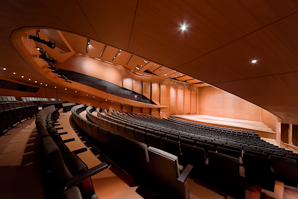 Any one who did not experience the Upper West Side in the late 1960s, when Lincoln Center was nearing completion, or who has forgotten, might read Saul Bellow's Mr. Sammler's Planet. There was an apocalyptic feeling in the air—more palpable than anything the Bush administration tried to conjure up— as one negotiated panhandlers, muggers, hippies, and refuse, as one made one's way up and down Broadway. These public phenomena have not vanished, but New York had reached a peak of dysfunctionality, and western civilization seemed to be self-destructing at a fierce boil: cities were decaying around the country, reading and writing seemed doomed to obsolescence, tv was king, and a lot of people were worried about the cultural partnership of drugs and music. In a few sentences, Bellow conjures up what all this felt like on the street. Exposed glass walls seemed no more than an invitation to vandals, and check points were beginning to appear in the seedy lobbies of public buildings.

The public part of Lincoln Center, which was already finished, tried all too hard to emulate Rockefeller Center as an urban landmark, and in design the Palazzo della Civilta Italiana in the EUR, but it seemed frigid, ugly, and vulgar. The fountain in the piazza between the New York State Theater, the Metropolitan Opera, and Philharmonic Hall invited minor mischief—the sort of thing drunken Americans do in Rome—but it failed to humanize the exposed space, which was especially dire as cold winds whipped through it in January. New Yorkers weren't ready for open urban spaces yet, but, as bigger and even less hospitable spaces were opened up around the World Trade Center, they began to colonize them. The more business-like parts of Lincoln Center, still under construction, were by nature and function private spaces, and hard, brutalist façades seemed an entirely appropriate gesture. Juilliard was among those private spaces, and, if one attended a public event (They were also many private ones.) in Alice Tully Hall,the approach was an entirely different experience from, say, going to hear the New York Philharmonic. One entered the old Alice Tully Hall rather ignominiously through a squat entrance lobby, which was buried under a platform, itself dwarfed by a mountain of classrooms, practice rooms, and offices. Raised up by gallows-like piers, the Juilliard School was totally divorced from the street and the hall—a monolith of heavy, brutalistic forms—the work of Pietro Belluschi, a distinguished Italian-born architect who emigrated to America at a young age and was trained here.

While a piano soloist has special control over their music, and complete polyphonic music at that, that is to say melody, harmony and range and all the parts or 'voices' where contrapuntal, and this endows the pianist also with solitude, there is a romance fundamental to piano music, the two hands creating a relationship and complementing each other, at the very least in register. Piano music for 'four hands' is then even more romantic, the chamber music-wise relationship of the two musicians, the complexity of the music and the ease with which it can slip into a thick intensity, a knife's edge from chaos, the twice infinity combinations of expression, unanalyzable on the fly and loss of a degree of control, leave even more to faith, and make this music an especially creative performing art form. This is partly why Mozart called the organ the 'king of instruments,' though a pair of pianos of course has fewer stops, it is capable of greater percussion and so a peculiar rhythmic sense which the organ can't express in the same way. On top of all this, Pascal and Ami Rogé chose some very difficult music for this concert, which showed off their technical ability, but more importantly gave them the material to produce a vivid operatic sound, singing duets in their fingers while playing the orchestra part as well.