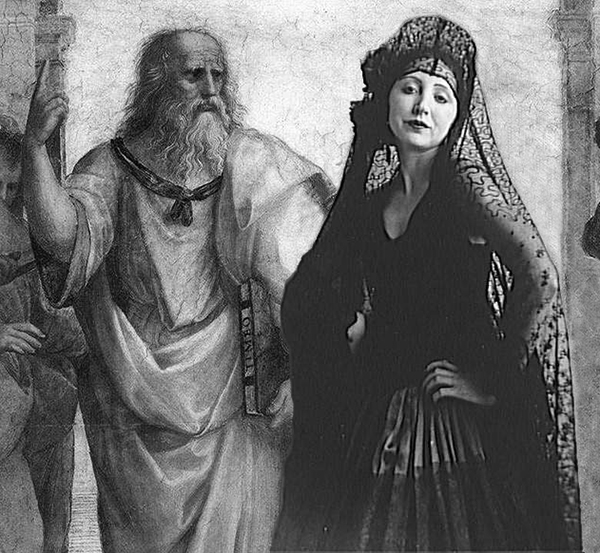 Plato and Anaïs in the School of Athens. Photomontage © 2011 Michael Miller.

Years before I ever picked up any of their books, I was fascinated by the idea of the ‘Lost Generation’ of American writers in Paris between the World Wars; now that I’ve actually read The Great Gatsby, the Tropics of Cancer and Capricorn, The Sun Also Rises, A Farewell to Arms and even a couple of Anaïs Nin’s books (Gertrude Stein’s going to have to wait, though), I felt I couldn’t pass up the chance to hear this UK premiere of the Dutch composer Louis Andriessen’s piece inspired by Nin’s relationships with several of her many lovers from that time—among them her father.

Little-known now, Joaquín Nin was a famous enough composer and pianist in his day to be included among the sheet music collection of Louis’s father Hendrik, which is how the younger Andriessen first became aware of the Nin family. Decades later, Louis and Anaïs have both usurped their composer fathers to become the most notable members of their respective families, and he has discovered her work, including the volume of her diaries titled Incest, from which most of the text of Anaïs Nin is taken. Though the main focus of both is obvious, the piece also includes excerpts from letters written by Antonin Artaud and Henry Miller and a textbook on love by Anaïs Nin’s psychiatrist René Allendy.

In the tradition of Schoenberg’s Pierrot Lunaire, Anaïs Nin is written for solo soprano (Andriessen’s regular collaborator Cristina Zavalloni) accompanied by a small chamber group including some doublings on second instruments, but it adds a new element in the form of sections of film projected on a screen at the back of the stage, with Zavalloni acting the role of Anaïs both live on stage and in these film fragments. The piece opens with the conductorless musicians playing in the back right-hand corner of the stage, next to the screen; on the left of the stage there is a dark red couch over which Anaïs will drape herself in various ways, and at the front of centre stage, in a wittily perfunctory nod to scene-setting, a kettle and a banana, which upon her entrance Anaïs picks up and begins to eat before the films start by her “turning on” the video screen behind her with a remote control.

From here on the film sections of the piece, beginning with Anaïs speaking to the camera about her feelings of restlessness, alternate with Zavalloni’s live singing. We see her crossing a bridge with Artaud and attending a lecture by Allendy (both of whom are sung in the film by Hans Buhrs), after each of which she sings about her relationships with them. Following a letter from Henry Miller, she tells of her father visiting her after 20 years’ absence, and how they end up consummating their feelings of love for each other—the musical climax of the piece, so to speak. She writes her father a letter about the joyous times they will spend together, yet ultimately ends up confessing to Miller her incredible loneliness, which he fails to appreciate.

Musically, Anaïs Nin to me a Weillian creation, but more dissonant, its cabarettesque lineup of piano, double bass, percussion, violin, trumpet, horn and alternating clarinets and saxophones—very appropriate in terms of both period and as a backdrop to a solo female performance. The writing somehow always has the quality of an accompaniment even in non-vocal passages, but it’s none the worse for that. Cristina Zavalloni is too thin and frail-looking to be fully believable as Anaïs Nin for me and is understandably less convincing when acting merely with her speaking voice, rather than through her singing and body movements. I think more could have been done with the film element of the piece, and I found the repeated action of Anaïs supposedly fast-forwarding and rewinding through her video to be just an irritating gimmick. However, the last, very powerful section of film is enough to forgive these concerns—as an actor playing Anaïs’ father looks ambiguously into the camera, we hear from off to one side a record of a Joaquín Nin arrangement of a carol playing, to subtly disquieting effect.

Andriessen’s most famous piece, De Staat, a much larger-scale work than Anaïs Nin, occupied the second half of the concert. Written from 1972-76, its name derives from Plato’s Republic, and according to Andriessen’s programme notes is intended as “a contribution to the discussion about the place of music in politics.” One could guess instantly from the perfectly symmetrical placing of the ensemble, divided into two halves with identical instrumentation, separated by a bass guitarist in the middle of the stage, that the piece might be espousing ideals of equality and democracy; this is also clearly reflected in the instrumental writing, which from the opening passage for four oboes onwards makes great use of the same instruments from each half of the ensemble imitating and expanding on each other’s material.

Interspersed at various points during the piece are settings for four women’s voices from the original Greek text of Republic, relating to instruments and musical modes that Plato apparently believed undesirable in an ideal society. Andriessen seems to disagree with these specific ideas while approving of the way they relate what might be thought of as purely abstract concepts to a social reality, and his political conception of composition is also evident in his rejection of writing for standard orchestral and chamber ensembles since the early 1970s. De Staat a kind of manifesto in this regard, with its combination of orchestral and electric instruments plus voices and pianos, all individually amplified; the blasting, brutal effect is extremely impressive, especially with the huge sonorities of the brass writing, though the length of the piece does allow you to become slightly inured to it by the end. As with their Xenakis concert earlier this season, I applaud the London Sinfonietta here for their programming of these pieces which, more than most, need to be experienced live for their impact to be truly appreciated; and in this instance I’m also grateful for both the exposure to a composer I regret not having investigated sooner, and the rekindling of a literary love.

I am an international spy in the Hall of Music… 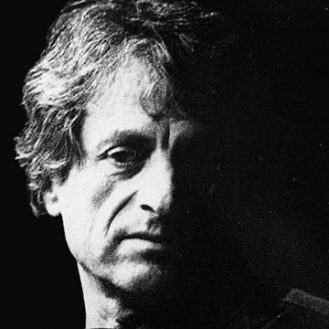 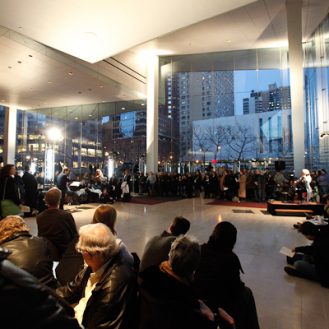 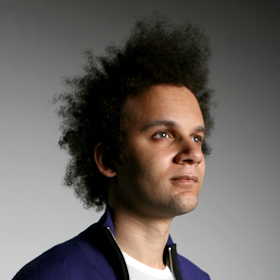 Tyondai Braxton with the Wordless Music Orchestra at Tully Scope 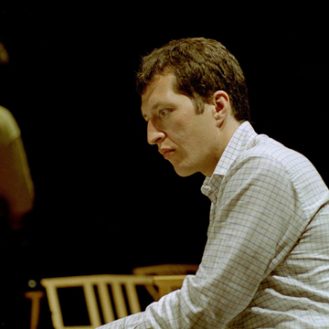