The scene in the Royal Albert Hall at the 2011 First Night of the Proms, Photo BBC Chris Christodoulou

Liszt: Piano Concerto No. 2 in A major

Check the odometer. The Proms deserve a jolly rev up when they start, and after 117 summer seasons, it was a fresh young pianist, Benjamin Grosvenor, who provided it. At nineteen, he came out in a casual shirt looking like a college freshman who might be spending his vacation as a pizza delivery boy or valet parking attendant. Those attendants are notorious for taking Porsches and Jags for a quick spin, returning them with hot wheels. Grosvenor had his chances with Liszt’s Piano Concerto no. 2, but he returned it respectfully to its owner. He displayed glittering fingers and a beguiling soft touch at the beginning, but this work is faux art, setting a mood simply to tease the audience before the fireworks display.

What’s needed is a fiery soloist who takes command, but Grosvenor decided instead to be an equal partner with the orchestra, dutifully led by Jiri Belohlavek, now finishing his last season as conductor of the BBC Symphony. He had little to work with in Liszt’s rum-tum orchestral part, and therefore the performance, while not fizzling, wasn’t sizzling, either. That the tousle-headed Grosvenor is Britain’s next bright hope for a flashy virtuoso was justified by his encore, Gyorgy Cziffra’s wild arrangement of Brahms’s hoary Hungarian Dance no. 5. Grosvenor took this one for a joy ride, and the audience erupted. More power to him.

Belohlavek has been problematic as the BBC SO’s director, a fact I was reminded of when he trudged through the Academic Festival Overture as if he were unspooling a computer program. This is a sunny masterpiece, and perhaps it’s so familiar that there was no rehearsal. The musicians sounded sloppy, the only bright spot being the unintentional humor afforded when the BBC Chorus sprang to its feet and lustily delivered Malcolm Sargent’s vocal arrangement of the climactic university song in the overture, Gaudeamus Igitur. (I can’t be the only one who remembers Mario Lanza belting it out.)

The chorus was seriously on hand for the Janacek Glagolitic Mass that filled the second half of the program. It’s rare enough to encounter this magnificent work, whose sentiments are far too rebellious to belong in a Mass – at one point the organist goes medieval on an obligato solo – but instead provides a tour of Janacek’s operatic style at its extremes of fierce psychological tension (underpinned by a nerve-fraying ostinato rhythm that vies with Stravinsky’s use of it in The Rite of Spring) and melting melodies that revert to Janacek’s musical progenitor, Dvorak.

Belohlavek is Czech and will move on to take over the directorship of the Czech Philharmonic, so one had confidence in his abilities here. He delivered a reading that needed more hysteria, yet I can’t fault the professionalism behind his handling of a large chorus and orchestra tackling Janacek’s difficult idiom. Just to stay in tune is an accomplishment, but the BBC Chorus sailed far beyond that, with impassioned, totally secure singing. Only a God with tin ears could resist their cry. I’ve rarely heard the BBC Symphony surpass itself, but they too were invigorated. Best of all, the murderous vocal writing for the solo quartet was negotiated superbly, especially by the tenor, Stefan Vinke (a dogged, red-faced Bob Hoskins look-alike with a plangent voice that didn’t know the meaning of fatigue) and soprano Hibla Gerzmava, who should be our next great Jenufa with her gorgeous timbre and vulnerable vibrato.

So we had hot, cold, and warm to contend with. As a merry flip the noted English choral composer Judith Weir took advantage of the amplified forces needed for the Janacek and produced a four-minute celebratory prelude, a setting of George Herbert’s lyric effusion, Stars, Night, Music and Light. There was no metaphysical feeling for the text, so far as I could tell, but it was pleasing to hear a big professional chorus exclaim “Light!” over and over in exultancy. At several moments during the Janacek I found myself doing the same thing. 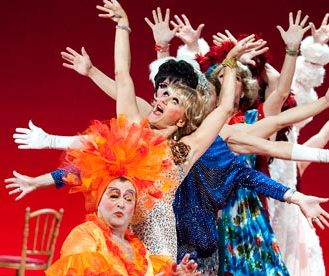 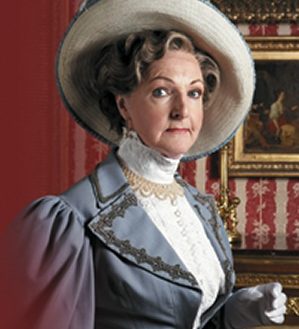 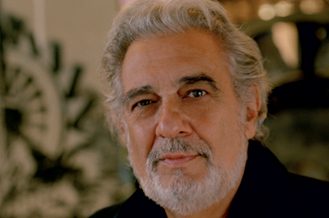