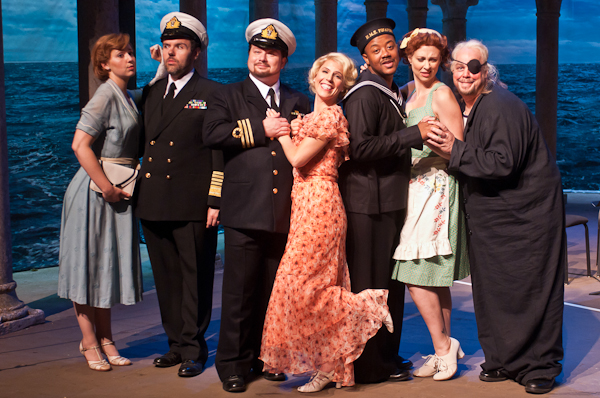 On Saturday, June 25, The Lass That Loved a Sailor kicked off the 66th Season of the Caramoor International Music Festival. Gilbert & Sullivan’s HMS Pinafore, one of the most delightful pieces of musical theatre by the British duo, came to life at the Venetian Theatre on a warm summer night.

Betting on an extraordinary operatic experience, Bel Canto performances at Caramoor are arguably the safest tickets in town. The beautiful estate amidst acres of lush gardens combined with Will Crutchfield’s leadership as Director of Opera, never disappoint. A day filled with lectures and recitals, picnics and strolls under the trees builds up towards the main performance after dark. Since 1997 Caramoor has presented its Bel Canto opera series with emphasis on Donizetti, Bellini, Verdi and Rossini, featuring outstanding casts and emerging stars from the Caramoor Young Artists Program. So to much surprise, but also anticipation, this season opened with the Savoyard operetta HMS Pinafore, a quick-paced, comic piece in English.

Of his choice, Crutchfield said, “As a piece of theatre, Pinafore is a cheerful satire on the arrival of modernity, bureaucracy and democratic ideals to the Royal Navy of Queens’s Victoria’s era. As a piece of music, it is England’s version of “bel canto” comic opera, plain and simple. The fact has been obscured by the long history of specialized Gilbert and Sullivan troupes, outside the operatic mainstream. With this production, I have the opportunity to realize my long-standing desire to present a version that does full justice to the brilliant music and the operatic vocal writing.”

The story takes place aboard the British ship HMS Pinafore. The captain’s daughter, Josephine, is in love with a lower-class sailor, Ralph Rackstraw, although her father intends her to marry Sir Joseph Porter, the First Lord of the Admiralty. She abides by her father’s wishes at first, but Sir Joseph’s advocacy of the equality of humankind encourages Ralph and Josephine to overturn conventional social order and declare their love. Then, as in many of the Gilbert and Sullivan operas, a surprise disclosure brings a comic turn to the plot and a happy ending for everyone.

Mr. Crutchfield leading the resident Orchestra of St. Luke’s and a strong cast, conducted the operetta with vibrant musicality, rendering the score and performances Rossini-esque, and bringing home the bel canto to his Bel Canto Festival. Robert McPherson, matchingly cast as the smitten Ralph Rackshaw, kept his lyric tenor luminous and focused, with clout, musical expression and crystal clear diction. As his love interest, soprano Georgia Jarman brought vocal pathos and depth to her arias, playing into a compelling exchange of operatic drama and parody throughout the evening. She made an arresting Josephine. Baritone Jorell Williams delivered a commendable Captain Corcoran with perfect comedic timing, as did Vanessa Cariddi as Buttercup, bringing to the role a refreshing sensual presence and her rich-toned mezzo.

Baritone Scott Bearden, as Dick Deadeye—following his stellar Enrico in Donizetti’s Maria di Rohan of last season’s Caramoor—still managed to display his vocal prowess in this smaller role and deliver a performance that was both farcical and powerful. Jason Plourde was a solid Lord of the Admiralty, and Jeffrey Beruan and Nicholas Masters contributed ably. The young mezzo Tynan Davis sang beautifully, an eye should be kept on her!

A show stopper was the delightful production by Paul Carey. The Venetian Theater transformed into a real ocean at the horizon, with British flags playing into the illusion of a ship. The 1930s-era costumes were charming, down to perfect uniforms, dresses, period shoes, hats, pocketbooks and hairstyles. As the singers shared the stage with the orchestra, Mr. Crutchfield donned full navy uniform as well and at one point even left the podium to engage with the cast. Steven Tharp’s direction was effervescent and engaging, with a dance-stepping, choreographed, and extraordinary talented chorus, and characters fully acting on the stage and side wings. This HMS Pinafore could not have been more gratifying!

Don’t miss Caramoor’s upcoming Guillaume Tell, Rossini’s final opera and his masterpiece, according to many authorities. Due to the work’s demanding casting requirements it is seldom produced, and has not been heard at the Metropolitan Opera in over 75 years. Therefore it is an exceptional opportunity this summer when the Bel Canto Festival presents two performances of the opera—July 9 and July 15. 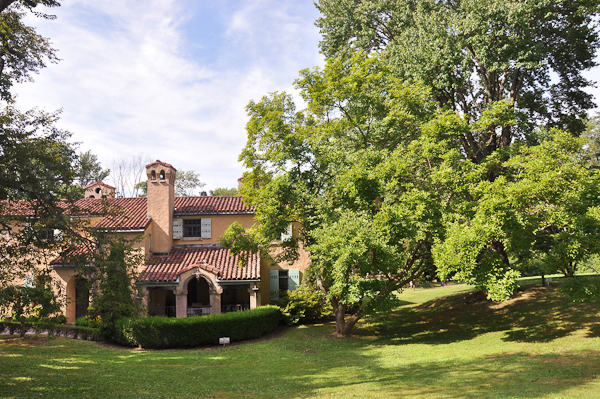 You’ll see me walk down the streets of New York and smile. I have lived in Rio, Paris, Buenos Aires, Munich, Beijing, Auckland and Dili to name a few, done fashion shows in Milan, boated the Mekong down to Phnom Penh, dived the Great Barrier Reef, swam open ocean with dolphins, kayaked fjords on the NZ South Island, and represented Mexico as team-leader at two paragliding world championships. I just acted in my first real movie! Life is not a spectator sport, and I seek to keep expanding my spiritual, ethical and philosophical context. My life is a life in colour. 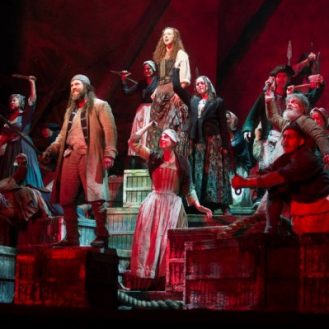 From Summer Opera…an Answer to the Opera Houses’ Predicament? 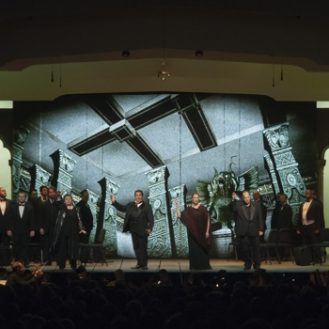