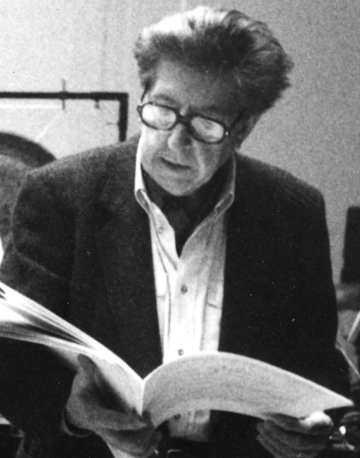 First off, a confession. Such, such are the joys of London transport that I arrived too late for the start of the Debussy, and was therefore not admitted till after the Prélude had finished. I have heard tell that there is a species of journalist that in this situation would confer with its fellow hacks and evaluate the consensus on the missed performance, before compiling a description along these party lines as though it were its own opinion. Fortunately, I am not that kind of journalist and would therefore not have the effrontery to hoodwink my innocent readers in this way. (Those of a political disposition have my full permission to consider the preceding sentences trenchant topical satire rather than pointless filler.) At least I can confirm that wherever the sound dissipates to in the Albert Hall’s less-than-princely acoustic, it is not through its double set of side doors off the auditorium, which yielded up nary a note in the five minutes-plus I was stood outside awaiting entry.

Though I knew of its reputation as one of the great 20th-century cello concertos, I had never previously heard the now 95-year-old Henri Dutilleux’s Tout un monde lointain… (‘A Whole Distant World’), commissioned by Mstislav Rostropovich and named after a line from one of the poems in Baudelaire’s Les fleurs du mal. It’s a very French piece, which, unusually for an Anglo-Saxon, I mean in a wholly positive way – full of fascinating, fleet-footed changes of tone colour as individual lines and broader washes of sound dart between different orchestral sections, with a very Gallic airiness even in the more dramatic or thickly scored parts. Other than a passage midway through that to my mind lingers too long on one particular texture, and possible overuse of the open bottom C in the cello’s opening cadenza, I was very impressed with the work, and the performance seemed sympathetic and idiomatic to me, with a relish of the sonic variety the piece offers.

Afterwards Lynn Harrell, who I think rather resembles our good editor, returned for a solo encore; in a first within my personal experience, he announced it beforehand as “the first and second movements of the third unaccompanied suite of Bach,” rather than relying on the audience’s supposed thorough knowledge of the canon to work its powers of recognition—an appreciated move in my case, though I’m sure I would have guessed it was Bach at least. This was not as out of place within this programme as I would have imagined, being somehow both relaxing and stimulating to the ear to experience after absorbing the complexities of the Dutilleux, while the second movement Allemande reminded me of the hornpipe from the Henry Wood Fantasia on British Sea Songs, whose loss from the Proms I lamented in my earlier preview of this season.

It was the pieces by Ravel, one of my very favourite composers since university days, that I especially came to this concert to hear. I remember my dad saying years ago that he’d always thought Ravel was an inferior imitator of Debussy; even at the time I thought this was wrong, and now I could never be persuaded otherwise. Their music is actually very different, and I prefer Ravel’s for several reasons, two of them being that he is a better melodist, and a beautifully clear and precise orchestrator, as opposed to the haziness of sound often associated with Debussy. No Ravel piece epitomises these qualities more than Boléro, which I will now unabashedly declare one of the great masterpieces of all music, still too often looked down on by muso types who don’t recognise that the ‘development’ they prize in supposedly more sophisticated music is often quite dull and of interest chiefly to other musicians. I sense a certain amount of this attitude in the programme notes for this concert, at pains to (over-) emphasise the disdain felt by Ravel himself towards the work, while neglecting to mention that he also called it his ‘one masterpiece’, albeit with ‘no music in it’ (a clearly facetious remark that some people love to take seriously). It’s recorded that Ravel cared enough about Boléro to fall out with Toscanini over his conducting it too fast, and sadly he would have had the same reaction to Runnicles and the Scottish SO at this performance. I didn’t time it, but the programme gave the running time as 13 minutes, which by my reckoning is shy a good two minutes, and until perhaps the last, noisy stages, it had a bit of an air of an unpleasant obligation being wearily fulfilled.

Daphnis et Chloé was also a slightly frustrating experience, though in this case I blame myself for a lack of concentration rather than any fault with the performance, which I thought showed the performers with their hearts much more in it. Despite the beauty of the music, I would find my mind wandering a bit at times, to be recovered at a particularly dramatic climax or exceptionally lush passage; perhaps it was the understated quality so often evident in Ravel, or the fact that at 50 minutes with no breaks between movements to speak of, unlike a traditional symphony, the piece does put demands on one’s attention span when performed as a concert work rather than a ballet. But the last section especially, with its hunting calls that form part of the climactic bacchanal, was arresting, and worthy of the cheers that followed Runnicles’ final, violent, sweeping motions. All in all, due to circumstances mostly beyond my control, I couldn’t help but find the evening a mixed bag; but the unexpected highlight of the Dutilleux was enough of a discovery to make it worthwhile. Vive la France and its composers living as well as dead. And I bet I wouldn’t have been late on the Paris Metro.*

Bard Music Festival 2015: Carlos Chávez and his World, Weekend I 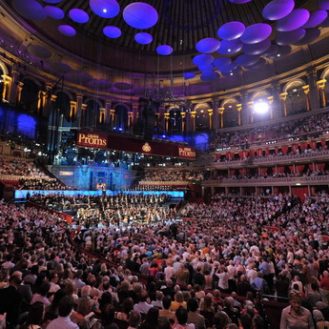