Ludwig van Beethoven
Overture to the Creatures of Prometheus, opus 43

The Creatures of Prometheus marked a happy intersection of artists in the history of ballet, being the only piece Beethoven composed specifically for the ballet, for Salvatore Viganò’s ‘dance-drama’ which premièred in Vienna in 1801, near the peak of ballet’s (neo)classical movement. Romanticism would not catch up and overthrow ballet for another generation or so, and many artists like Viganò still blew a fresh breeze of reform. He was the pupil of Jean Dauberval (known for choreographing the original version of La Fille Mal Gardée) who in turn had been the pupil of Jean-Georges Noverre, who is famous for his theoretical treatise on dance, Lettres sur la Danse which called for reform by advocating the ballet d’action: a return to a more natural kind of drama from the decorative, almost ceremonial sort of theatre of strung-together divertissements which could be very light on story and humanity. Viganò’s practice of the ballet d’action, though none of his choreography survives, was said to manifest itself in a close cooperation of mime acting, dancing and music, and he did have high musical taste (later he created a larger and deeper Prometheus ballet to existing music by Mozart, Haydn, Beethoven and Weigl). Unlike Mozart, we don’t have very much music of Beethoven’s that was written for the theatre, but from his Prometheus score one can sense how exciting it would have been to see the curtain go up on that night of 28 March 1801. In fact it was a little cruel to play just the overture (the full piece consists of 18 scenes) and then leave listeners hanging. This music, which shows much of Mozart’s influence and sense of drama, builds with such momentum unresolved on its own, it proves itself a near perfect specimen of overture (Figaro notwithstanding), at least from the impresario’s point of view: short, to the point, and leaving the audience hungry for more. It has a remarkable richness of thematic material for so short a piece and the Sydney Symphony played with quite a clear texture, though the strings were not quite as precise as usual or as they were in the Brahms which followed. The woodwinds did stand out sparkling and lucid, but full of that sweeter kind of human character. Ashkenazy and the players seemed to have a strong sense of direction in their interpretation, reinforcing the original intention of the overture.

A drawing by Salvatore Fiume for his designs for the 1952 version of 'The Creatures of Prometheus' at La Scala.

For the Brahms First Symphony, Ashkenazy used the orchestra’s fine clarity to illuminate the ideas in the score, loyally keeping a certain respect for the composer, though his conducting was in no way conservative or overly careful, enough so that it made me wonder again why some people call Brahms ‘autumnal.’ Perhaps this clarity of playing which articulates each note also allows Ashkenazy the fine control he needs for his well-defined ideas of interpretation which come across to the listener so plainly.

The opening bars with the forte strings and kettle drum, here with a Greek galley master’s evenness and discipline, which then fades slightly, then comes back strongly again, didn’t sound funereal or march-like, or necessarily corporeal or human at all, but like some collective and energetic force looming larger. The violins had just a touch of vibrato — a very subtle effect giving the music a poised intonation, with their own texture sitting on top of the cellos’ and basses’ background color. There was no dragging heaviness to this movement (“un poco sostenuto”) or the second andante sostenuto, there was more an odd feeling of weightlessness in the sense of free-fall — the players managing to bring across such a clean regularity of rhythm and a sense of inevitability in the music to drop the listener’s heart into their stomach, a feeling of ungroundedness with the knowledge that the ground is down there somewhere.

It turns out to be in the third movement, un poco allegretto e grazioso, if anywhere, albeit with a light touch. For this movement, Ashkenazy conducted a vivid bicycle pace — a certain tempo and complex perpetual rolling rhythm gave this sense of ‘flying on the ground’ and the music was grounded but not minding because in has wheels. From here the “weightless” feeling is manifested more in a sense of buoyancy in that it floats but still carries a well-defined momentum and a spaciousness generosity. The lucid playing where Ashkenazy gives every note its due place and attention gave the music a fascinating texture — all the notes and all the instruments are clearly heard, as are the push and pull and the synthesis of the different timbres. The score and the most basic original intention of Brahms is somehow still audible through the conductor’s interpretation like a great reef under tropical water. One almost felt like reaching out and touching the music. Rather than trying to smooth out any difficulties, Ashkenazy seems to leave the music’s bristles uncombed, instead devoting much deep prior thought to his interpretation. The musicians are left exposed in this way, and there was the odd brief missed intonation in a horn during a large slurred drop in pitch, but all in all they bravely rose to the challenge. First Violinist Sun Yi who got a short solo in this piece was a particular pleasure to hear, as were the flutes led by Janet Webb, the oboes led by Diana Doherty, the clarinets led by Lawerence Dobell and the bassoons led by Matthew Wilkie. Richard Miller on timpani deserves mention for his good control in the opening bars as well.

From the third movement the piece begins to cheer up, for whatever reason, perhaps for no reason at all, no more than its beginning existence glum — in that way it is a humanistic symphony. Fortunately Ashkenazy was allowed to cross from the third to the fourth movement without breaking his momentum, pace and rhythm despite some coughing during the music and between the other movements (though no intermediate applause). Here, the ecstatic joy unfurled so gently and gradually, not too hot or too cold, just at blood temperature, pointing to the craftsmanship and powers of the composer, Ashkenazy refraining from forcing this change too rapidly. This last movement accelerates gradually (adagio – più andante – allegretto non troppo ma con brio) though the orchestra’s playing was consistently lively under Ashkenazy’s hands; he let it unfold unforced under its own momentum which he had fostered over the first three movements. It is really a pleasure to hear high romantic music played in this unsentimental, unstrained but deeply understanding way. Even if the piece is played quite often, the musicians were totally unjaded, rather carefully exposing the music for a close listening, allowing and inviting one to re-experience the piece afresh. 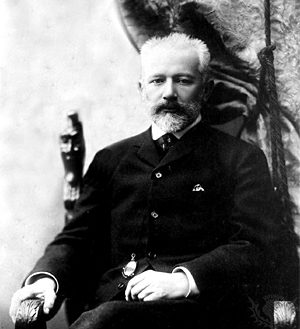 Chamber Sextets and Octet by Spohr, Beethoven and Tchaikovsky With The Sydney Omega Ensemble 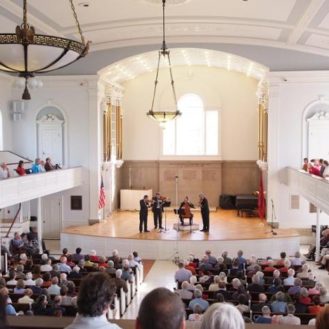