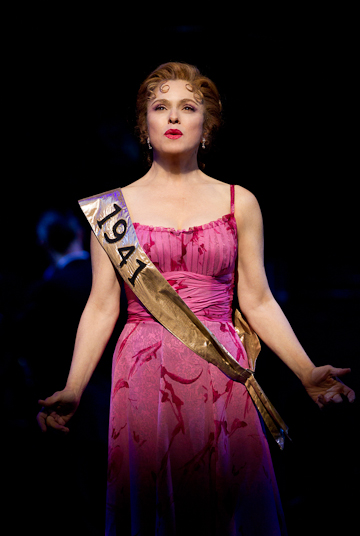 Musical jelly beans are scattered all over Broadway. If well done, these shows are colorful and fun to eat. They taste good going down, give you a temporary high but ultimately are empty calories. They leave you with nothing.

Then there’s the current revival of Stephen Sondheim’s Follies. You might not be able to hum all its songs as you exit the theatre, but you’ll surely be thinking Sondheim, feeling Sondheim. And for many days to come you’ll be reflecting on all he has to say about human follies, relationships and, depending on your age, your own life choices.

Originating at Washington’s Kennedy Center, this current full-scale Broadway revival is only the third since the show premiered in April of 1971. It is a knockout. Every major role is filled by a heavyweight champion of singing and acting—some famous, like Bernadette Peters, Jan Maxwell, Danny Burstein and Elaine Paige—and others you may never have heard of, but who cares!

The story is not complicated. As Sondheim wrote in Finishing the Hat: (It’s) “Nothing but a social gathering, people beginning in high spirits, getting drunk and increasingly emotional, performing old numbers and opening old wounds.”

The former members of the Weismann Follies (think Ziegfeld) meet at a thirty-year reunion in a dilapidated theatre soon to be torn down to make way for a modern parking lot. We are told that the Weismann Follies were on Broadway a number of times between the two world wars. The theatre—both the stage set and the real theatre in which we sit—is draped in old (and one hopes fireproof), gray fabric. As dimly-lit ghosts of Weismann girls parade in full regalia along the back and sides of the stage and on two narrow stage balconies, the ten older but not necessarily wiser women enter the reunion, hug and kiss and introduce spouses. Slowly we learn that two of the former Weismann girls, Sally (Bernadette Peters, who enunciated and emoted the insightful Sondheim lyrics as clearly as always but whose voice was strained, temporarily, one hopes) and Phyllis (Jan Maxwell, a singing, dancing actress who was nominated twice for a Tony in 2010 for non-musical roles) were roommates back when. Both are in failing marriages filled with unfaithfulness and disappointment. Sally has held a flame all these years for the man Phyllis married, Ben (Ron Raines, a soap-opera Emmy nominee, who sings beautifully). Sally’s husband, Buddy, (the remarkably talented Danny Burstein, who played Luther Billis for the entire run of the Lincoln Center South Pacific),  is having a long-time affair with a woman who cherishes him more than Sally does but still he can’t leave Sally.

As we meet the younger versions of Sally, Phyllis, Ben and Buddy (well-performed by Lora Lee Gayer,  Kirsten Scott, Nick Verina and Christian Delcroix) we are reminded how much time both changes and doesn’t change us.

Even though the last quarter of the show is a flashback to the fantasy of the Weismann Follies—filled with color, nostalgic razz-ma-tazz and songs that further reveal the characters of  Sally, Phyllis, Ben and Buddy—the limited plot still focuses on these four and their relationships.

Happily, other former Weismann Follies girls get a chance to sing and dance and bring the house down with now famous show-stoppers. Jayne Houdyshell, looking every bit the unkempt, zoftig Upper West Side librarian complete with sneakers, belts out “I’m Just a Broadway Baby.” She may not look like the baby she used to be, but she feels it and so do we. The extraordinary English singer and Olivier-award-winner Elaine Paige has a big voice in both registers and travels from one to the other to dramatize the defiant “I’m Still Here.” Terri White, though big and no longer young, sang and danced so hard we thought we better get back to the gym pronto to keep up with her. She led the girls in “Who’s That Woman?” the one singing-dancing number in which they all appear.

The four married characters each had their own song in the second-act Folly of Youth. Buddy’s “The God-Why-Don’t-You-Love-Me Blues” showcased Danny Burstein to a T. Who knew he was so graceful! Sally, the girl who hung onto her fantasy love with Ben even imagining at the reunion that he asked her to marry him, sang the famous torch song “Or Am I Losing My Mind.”  Phyllis, after making us hold our collective breath, in “Could I Leave You?” sang another showstopper, the tongue-twisting “The Story of Lucy and Jessie.”

Ben was not quite as exciting with “Live Love Laugh.”

There are other wonderful performances, especially Susan Watson and Don Correia, performing the old-time vaudeville song and dance, “Rain on the Roof.”

It’s hard to find fault. This production of Follies even has a 28-piece orchestra. Maybe part of the exposition in the first act is a little slow. Lots of kiss-kiss, hug-hug. For sure the miking, where the sound comes from the same place no matter where the actor is located on stage. And definitely the mezzanine-balcony of the Marquis theatre. (This reviewer chose to sit in the front row of the mezzanine. Big mistake. One has to climb to the top of the balcony outside the theatre proper and descend the steepest staircase south of the Mitzi Newhouse theatre to get to the front/bottom of the mezzanine. The theatre needs sherpas not ushers.)

Recently, Anthony Tommasini  said in a New York Times article that the difference between opera and musical theatre is that opera is driven by its music and musicals by their lyrics. He must have been thinking of Sondheim when he was writing.

You take one road,
You try one door,
There isn’t time for any more.
One’s life consists of either/or.
One has regrets,
Which one forgets,
And as the years go on,
The road you didn’t take
Hardly comes to mind,
Does it?
The door you didn’t try,
Where could it have led?

When it first opened some critics considered Follies considered cold and its characters inaccessible: “A musical often perceived as an elaborate ice sculpture” wrote Ben Brantley of the New York Times. (The first warm, accessible production in 2005, is credited to the Barrington Stage Company, then in a high school auditorium in Sheffield, Massachusetts. It was praised for its humanity. They say Sondheim himself traveled to see it.) The current production both reaches out and invites us in.

The “limited” run has been extended through January 22, 2012. Follies is not as tough a ticket as some of the musical jelly beans. Even discount seats are easy to come by. If only more people hungered for this kind of filling and fulfilling musical. If only there were more Stephen Sondheims! 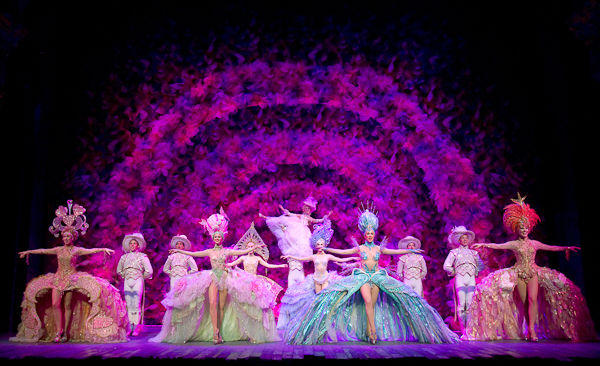 Goldman and Sondheim's Follies at the Marquis Theatre: Ensemble 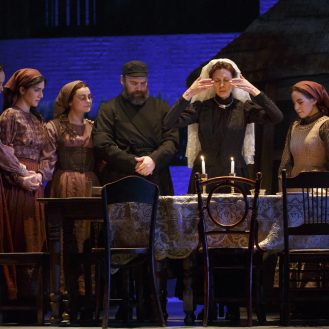 Fiddler on the Roof: In Revival—Again!—at the Broadway Theatre 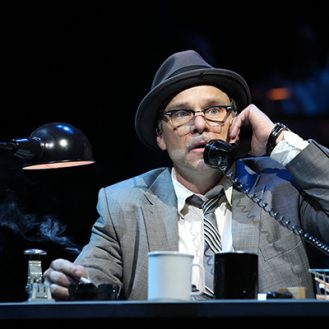 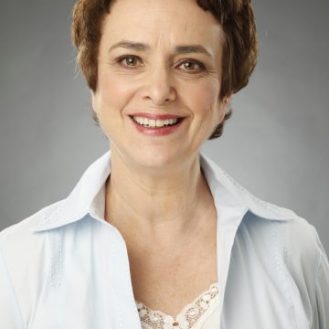