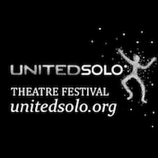 UNITED SOLO THEATRE FESTIVAL™ is an annual international festival for solo performances held in New York City. Through a diverse range of one-person shows, we explore and celebrate the uniqueness of the individual. From openly solicited submissions, we stage the most intriguing productions at the highly acclaimed Theatre ROW in the heart of the New York City theatre district on 42nd Street. Highly experienced performers and untried new talents have opportunities in many categories (e.g. storytelling, puppetry, dance, multimedia, improv, stand-up, magic, drama: tragedy or comedy). The artists also benefit from being presented by United Solo, a company made up of artists and producers with vast experience in solo performance. The festival is curated by Omar Sangare, founder and artistic director, who teaches theater at Williams College and was selected by the U.S. Department of State for a video project that appeared as part of President Obama’s trip to Poland in May 2011. This series of short documentaries focused on Polish Americans who have contributed to the innovation, creativity and vibrancy of America, featuring a wealth of prominent Polish Americans who are proud of their heritage while having an impact on America’s social and cultural fabric.

Read Michael Miller’s initial preview of the first annual United Solo Theatre Festival, 2010, in The Berkshire Review, an International Journal for the Arts, and click here for other mentions in the media.

It is not easy to make recommendations from sevety-seven diverse international performances, few of which I have seen. Fortunately the Festival organizers have provided helpful, lucid descriptions of the shows with recommendations for particular segments of the audience, all reprinted below.

From personal experience I can recommend Glen Williamson’s “Beat the Devil! (Faust, the Whole Story),” indeed Parts I and II of Goethe’s Faust, compressed into a 90-minute entertainment by a solo actor. Williamson’s brilliantly perceptive and witty retelling of Goethe’s enormous theatrical epic is both a delight for those who know Goethe’s original and an appealing introduction for newcomers to one of our greatest works of theater.

Donald Molosi is an energetic actor with many resources of movement, voice, and the imagination at his disposal, who was already on track for an international career as a Williams senior, when I saw his performance, which won First Prize at the Dialogue One Solo Theatre Festival 2009.

Jonah Bokaer is one of the most advanced and influential proponents of modern dance in the world. Formerly a member of the Merce Cunningham Dance Company, he has collaborated with Robert Wilson and other avant- garde masters. In “Three Cases of Amnesia” (reviewed here on the Berkshire Review). Bokaer is without a doubt one of the most powerful minds and creative artistic spirits in the world of dance and theater.

I’m looking forward to seeing all three a second time, not to mention a first exposure to many of the rest. Like you, I’ll be relying on the ufest descriptions and whatever I hear by word of mouth. (Full disclosure: I work with United Solo as Literary Advisor.)

All shows are staged at Theatre ROW: 410 West 42nd Street, New York City. TICKETS, with a price of $18, are available at the Theatre ROW Box Office and online through Telecharge at www.telecharge.com. You may also call Telecharge at 212-239-6200. When placing your reservation, please provide: the FESTIVAL name (United Solo Theatre Festival), the name of THEATRE (Theatre ROW – The Studio Theatre), and the specific DAY and TIME of SHOW you would like to see. Check out the lineup of shows below, find something for yourself, and book your tickets here.

It’s All The Rage by Marilyn Pittman
Lillian Smith: Being Heard by Lulu Fogarty
SPIN by Heather Ehlers
A World Beyond The Bronx by Patricia Canale

The past edition of United Solo concluded in a closing ceremony at the Theatre ROW. The Festival board gave awards to performers for their excellence in solo theatre. Four-time Academy Award nominee Marsha Mason joined the event to present the awards. More about our past 2010 edition here.

*If you are interested in purchasing tickets for a SOLD-OUT performance, check with the Theatre ROW Box Office on the day of the show. Should there be any last-minute returns, tickets will become available on a first-come, first-served basis.

**The ENCORE tag marks productions with solo artists who performed successfully at the Festival last year and came back to perform two shows this year. 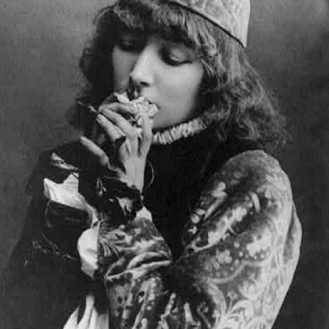 The United Solo Theatre Festival 2015: Two Reviews and an Exhortation

John Hurt in Krapp’s Last Tape from the Gate Theatre, Dublin, at BAM

Rok Miłosza (The Miłosz Year) Comes to Williams College: Inspired by Miłosz, a Tribute by Omar Sangare and his Students