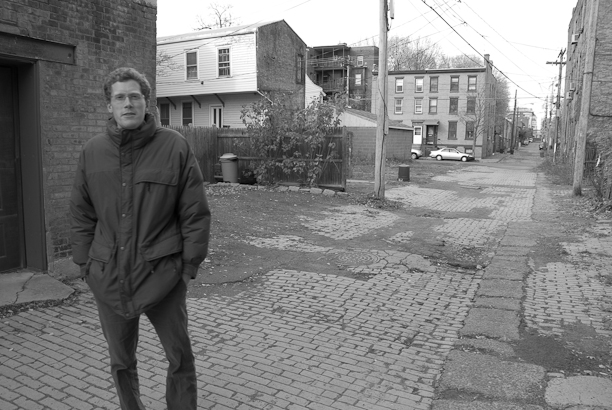 The winner of the inaugural AJ Writing Prize in association with architecture practice Berman Guedes Stretton has been announced, and New York Arts / Berkshire Review editor Alan Miller has won the prize over six finalists who were chosen from 91 entries to the contest which was launched in June to find the best up-and-coming architecture critic aged under 35.

The shortlist includes Malcolm Birks for ‘The Carrot and the Cane’ a critique of Zaha Hadid’s Evelyn Grace Academy, John Clark for ‘Meet me at the Wit’, an essay on Koo and Associates’ Wit Hotel, Mike Hawkins for ‘A review of The Collection’, on Panter Hudspith’s museum of archaeology in Lincoln, Hana Loftus for ‘Revisiting the Idea Stores’ by Adjaye Associates, and Dale Suttle for ‘Building or Monument’, on the restoration of Paul Rudolph’s Yale Art and Architecture Building.

AJ Writing Prize judge Alan Berman of Berman Guedes Stretton Architects, who judged entries to the competition along with AJ editor Christine Murray, architecture critic Joseph Rykwert and writer and editor Mary Banham. has explained what he believes are the vital ingredients to outstanding architectural writing.

Writing developed initially for the simple purposes of recording transactions and later, to communicate facts, instructions, ideas, and feelings. Recently however it has come to serve another purpose: academics gain preferment according to the amount they publish, and how their papers are received by their peers. As the field of un-examined subjects shrank and the academic constituency grew, a new field of endeavour came into being: nit-picking analysis of predecessors work. Like medieval scholasticism, commentary builds on commentary. Historians today don’t do history, but historiography. […] Architectural writing, prone to fashion like all else in the design professions, has followed. Time was when good architects taught the next generation, now it is taught largely by academic theorists […]

Architectural writing should aid everyone’s understanding of buildings and assist architects to design better ones. […] architectural commentary should aim for clarity and precision of expression by means of lucid terminology and simplicity of structure.

Lethaby, Scott, Banham, St John Wilson, Frampton and, towering above all, John Summerson, expressed complex ideas economically, clearly and elegantly. They are a pleasure to read—their extensive and deep learning used for reference rather than display. It may be unfair to hold up an aphorism as an example of good writing, but nothing carries more meaning both as a general truth that conveys a philosophy and also specific architectural action than Mies’s statement: ‘less is more’.

Excerpts from the shortlisted entries feature in AJ 27.10.11. In addition to the cash prize, the winner will write a building study for the AJ.

James Roach, director of Berman Guedes Stretton, said: ‘We were delighted to receive submissions from around the world. The brief sought an awareness of history and context in thinking about contemporary architecture, and some pieces showed that there are young architects who see beyond the slick imagery often seen in the architectural media.’

Alan Miller is a graduate of the Sydney University Faculty of Architecture and the Tisch School of the Arts at New York University, Alan writes about architecture, urban design, cinema, cycling, art, and politics.

For his tribute to Martin Scorsese’s masterpiece, Taxi Driver, on New York Arts, click here. For his articles, both in English and in French, on The Berkshire Review, an International Journal for the Arts, click here.

For the Architect’s Journal’s announcement click here (available to subscribers only). 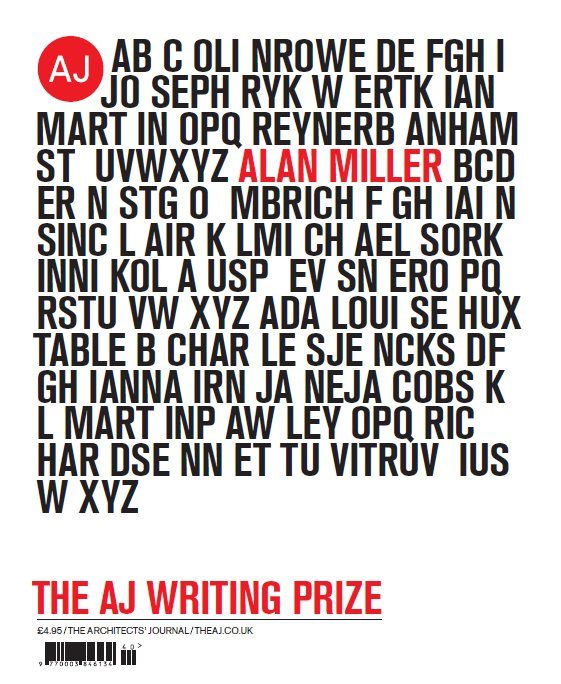