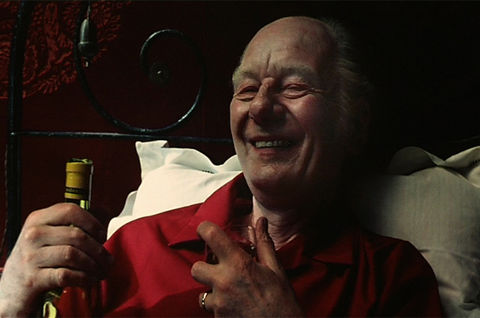 Sometimes I think I’m the only person in the room who likes white wine, but in this case we were outside celebrating a friend’s birthday in her charming garden on a small bluff overlooking the harbor. Someone came over and thanked me for recommending a wine to a mutual friend. “She told us about it and we’ve been drinking it ever since.” Seated in a comfortable lawn chair in that idyllic setting, watching some kayakers head toward home on the turning tide, I decided I ought to gather a list of some of my favorite white wines from this past summer before the warm weather entirely slips away.

The wine my friend was talking about is Chateau Ducasse, a Bordeaux Blanc made from semillon, sauvignon blanc and a bit of muscadelle. Having had this wine over several vintages, I too have been drinking it “ever since.”

If you like your sauvignon blanc straight up, so to speak, get a bottle of the one from Brancott Estate, a New Zealand producer. I took a bottle of the 2010 to a small gathering a few weeks ago and the first sips prompted unmistakable murmurs of satisfaction. Zingy, citrusy aromas followed by vibrant fruit highlighted by crisp acidity and a satiny texture make this a paradigmatic sauvignon blanc.

With some new friends, adventurous wine enthusiasts, we decided it would be fun to do a blind tasting of some less well known white wines, but I have to admit I was surprised that the clear favorite for all of us was the 2009 Coda di Volpe from Terradora di Paolo. But since this producer consistently releases wines of a high quality perhaps I should have anticipated the result.

Coda di Volpe is one of the obscurer varieties in that constellation of southern Italian wines, specifically Campanian, that includes falanghina, fiano and aglianico. Pliny the Elder gave it its name in his Naturalis Historia In the first century AD, citing the grape clusters’ resemblance to a fox’s tail. It is thanks to Pliny, by the way, that we have the information that Julius Caesar was the first person to serve four different wines at one banquet. As I write this I realize I always picture Julius Caesar looking like Sir John Gielgud. Why, I wonder? Oh yes, since I was in London in 1977 and saw him as Caesar in his last Shakespearean role.

To describe the Coda di Volpe, I turn to some notes from the other participants. “Good color, somewhat golden, good bouquet, balanced, nuanced, opens up in the glass, strong finish and—perhaps my favorite—goes the distance.”

On another occasion I served the 2009 Cercius Blanc from the Rhone, made from grenache blanc and sauvignon blanc. It has wonderful aromas of sweet herbs—vervain and basil—and delicate floral notes—white phlox, for one, all supported by a framework of crisp minerality. When I opened this with some friends who had arrived for the weekend on a stormy Friday night drenched and bedraggled we all perked up at the thought of how good it was going to taste with the cod baked with leeks and fingerling potatoes we were preparing for dinner. It did not disappoint.

As I was finishing up this article my current favorite local wine shop sent out an email announcing a tasting of wines from a new importer, Valkyrie Selections. The appearance of a new, innovative importing company is always exciting. I was eager to taste what they were showing that day and I ended up leaving with, among others, a bottle of the 2010 Montenovo Valdesil which I drank that night with dinner. (Hope to cover some of their other wines soon).

You may be familiar with wines from Galicia, the region that occupies the northwest corner of Spain and the deservedly popular albarinos produced there. Valdesil comes from Valdeorras, the easternmost wine zone within Galicia, and is made from the godello grape, a native variety that was close to disappearing before being returned to a viable state of cultivation in the 1970s.

That night as I sipped I decided to look up godello in Jancis Robinson’s Vines, Grapes and Wines, a book published in 1986. On page 246 the sole mention of godello takes up a mere six words: “traditional and very good quality Galician.”

In any case, the Valdesil was a delight. Strong, flower and mineral scented nose, a sensuous, creamy texture with a crisp edging of acidity combined with good fruit. Remember Sir John Gielgud? Evidently Alec Guinness once described his voice as “a silver trumpet muffled in silk.” Might I say the same about this wine? Well, maybe it’s just a bit of hyperbole, but, nonetheless, I really liked it.