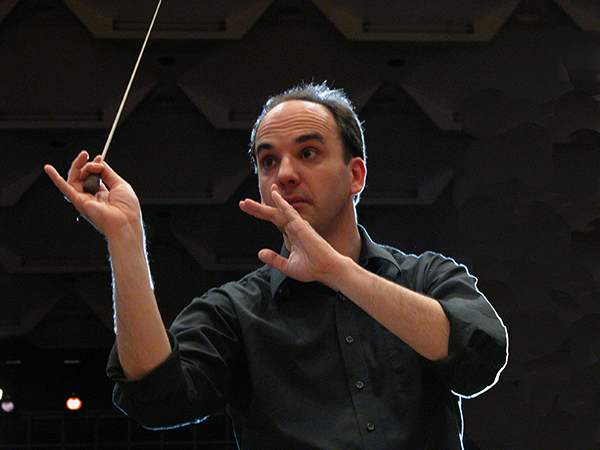 The Metropolitan Opera has released the following announcement, which comes as no surprise. What struck me above all is that Fabio Luisi was not able to conduct the last two performances of Siegfried and Götterdämmerung on May 9 and May 12 matinee. I very much hope that the responsible parties will consider Jonas Alber for these dates. Former General Music Director of the Staatstheater Braunschweig, he filled in for Mr. Luisi when he withdrew from his commitment, as Music Director of the Dresden Staatskapelle, to conduct the Ring at the Semperoper in Dresden. I had the good fortune to attend Mr. Albers’ second performance of Das Rheingold and this only performance of Götterdämmerung. This he conducted without rehearsal, and it was nonetheless superb. The Rheingold was the most compelling I have heard in live performance. He was in fact invited to conduct these performances at the behest of the members of the Staatskapelle, who were delighted with his work in their first Rheingold. Albers’ approach to Wagner is grounded in his enthusiasm for 20th century and contemporary music. Textures were transparent and full of finely-wrought detail. See my review of the Dresden Ring for more. I know Mr. Alber is interested in conducting in the U. S., and American audiences should have the opportunity to hear the work of this extraordinary conductor.

New York, NY (December 9, 2011) –  Music Director James Levine will not conduct at the Metropolitan Opera for the remainder of this season, or during the 2012-13 season, in order to allow for a full recovery from the spinal injury he suffered last August. After falling while on vacation last summer, Levine underwent emergency surgery that forced him to withdraw from his performances in the first part of this season.

Due to the severe injury to his spinal cord, Levine’s doctors have said that his post-operative recovery will be a long-term process. Since September he has been at a rehabilitation facility, which he will be leaving shortly. While his condition has greatly improved in recent months, it is uncertain exactly when he will be fully recovered and able to return to conducting.

Following recent consultations with Peter Gelb, the Met’s General Manager, Levine has decided not to conduct for the remainder of the current season, or for the entire 2012-13 season. Although he might be ready to start conducting sooner, the decision about next season had to be made now in order to secure the services of replacement conductors for the works Levine had been scheduled to lead. The Met’s 2012-13 season and casting will be announced this coming February.

As Levine continues his recovery, it is anticipated that he will gradually resume his other Music Director duties including coaching and planning, and artistic leadership of the Lindemann Young Artist Development Program.

Luisi, who has already substituted for Levine this season leading the new productions of  Don Giovanni, Siegfried, and Götterdämmerung, will also conduct the  the cycles of Wagner’s Der Ring des Nibelungen this coming April and May, with the exception of the last two performances of Siegfried and Götterdämmerung on May 9 and May 12 matinee. Conductors for those two performances will be announced shortly.

The conductor who will replace Levine for the Met Orchestra concert at Carnegie Hall on May 20 will also be announced shortly.

As planned, Luisi will conduct the new production of Manon, which premieres March 26, and the revival of La Traviata, which opens April 6, although he will be replaced for the last four performances of the Traviata run (April 21, 25, 28, and May 2) to allow for the Ring performances he will be taking on. The replacement conductor for the four La Traviata dates will be announced shortly. 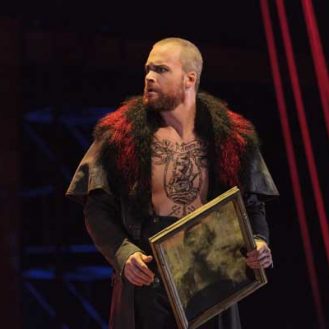 Live in HD? Donizetti’s Anna Bolena from the Met in Pixels