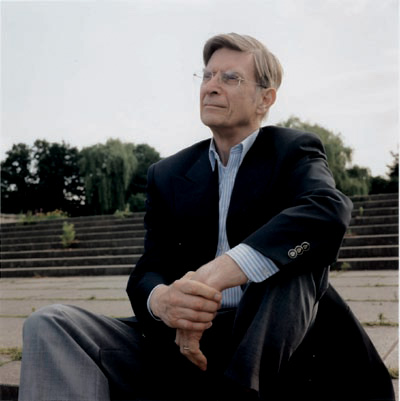 Imagine an apocryphal New Yorker magazine cover depicting an evening at the symphony. Onstage sits the pianist, a tall figure in black, motionless at his instrument but for the whir of fingers. The lacquered piano lid conceals a conductor’s head and body, but black arms and a baton poke sideways from it, indicating his presence. The audience is attentive and faces forward. But somewhere near row X, a grey-haired woman lies prostrate on her back, motionless in the aisle. Nobody seems to notice, except for a patron a few rows beyond. His head is turned sideways and one eyeball bulges with amazement and alarm. That eyeball is mine.

Reality took to imitating Charles Addams a week ago Saturday, at Herbert Blomstedt’s and Garrick Ohlsson’s final repetition of the Mozart Concerto no. 9. This earliest of Mozart’s mature piano concerti, bigger in sound than its scoring would suggest, and in fact the longest concerto Mozart would write, has its “longueurs,” I feel. Mozart was in thrall of a female pianist named Mlle. Jeunehomme and composed, it seems, extra cadenzas at every opportunity and innumerable opportunities for trills, which she must have been good at. But the scoring includes only oboes, horns and strings, and the work, forgive one for saying so, is simply too long. In particular, the first movement seems endless, despite the accomplished and poised pianism of Garrick Ohlsson and the plummy conducting of Herbert Blomstedt, who managed considerable weight of tone with an orchestral complement reduced to two basses and a total of twenty-five onstage.

So it was almost with a sense of dramatic rescue that one noticed, deep into the lugubrious “opera seria” recitative of the slow movement, that a patron had collapsed further back in the hall and was being attended to in whispers by a gaggle of funereal ushers. A number of players could see what was happening and looked a bit alarmed, but Ohlsson kept on spinning notes and the discrete level of disturbance must have informed an intuitive decision to persist. Indeed, without special pause, pianist and conductor launched into the catchy finale, as though nothing were happening. As the music came to its rousing close, the paramedics arrived with a gurney and their new patient was wheeled to the exit, as Garrick Ohlsson and Herbert Blomstedt took their well-deserved bows. I wished her well.

But the lugubrious “scene” stayed with me. It is just as well that Herbert Blomstedt was hidden by the piano lid during the drama, for there is nothing “Addams Family” about him in the slightest. But I found myself wondering what the evening might have looked like if Nikolaus Harnoncourt had been conducting. Harnoncourt, of all conductors, most belongs in a horror movie. The last time I saw him in concert, he emerged from the wings with shoe polish for hair and arms dangling motionless at his sides, a tall, slow moving giant of the “undead.” You heard it here first.

The ageless Herbert Blomstedt, now about 85, seemed just slightly frail mounting the podium this time, and his motions more forward-stabbing and less easily and openly horizontal than before, but there is not the slightest diminution in his memory or concentration, nor any tendency to adopt slow tempi and blur things. His music-making remains just what one would expect from him: earnest, exciting, accurate—and on the downside–totally uniform in texture.

Indeed, there is something about conductors like Blomstedt or Szell, or Leinsdorf which makes one ask “Why on earth is he conducting the Tchaikovsky Fifth? He must hate the piece!” I confess, though, that I’ve always had a problem with the music. The Fifth Symphony, like Mussorgsky’s “Pictures,” is one of those pieces that “walks.” But the walking motif which, along with a more march-like and emphatic variant of itself, holds the symphony together, is so clumpy and heavy in tread that it seems to defeat any possible refinement in the music. When the beautiful waltz-like countermotif then makes itself heard, you wonder how such a brute could dance. More simply put, there is something vulgar about the piece. But the world either disagrees or doesn’t care. The audience loved it. And Herbert Blomstedt delivered an exciting propulsive reading, let it be said. But I noted, there wasn’t much light or shade in it. Diaphanous changes in texture are not the Blomstedt way.

Texture hardly mattered a week later, when Blomstedt and the orchestra brought forth the Bruckner Fifth Symphony, in as effective and moving a performance as one could wish for. This, too is a “walking symphony,” held together by its opening music, replete with noble harmonic suspensions. But what stands out is how much of this takes place through the plucking of strings. Good thing Bruckner didn’t nickname his music: “Symphony No. 5 in B-flat, ‘The Plucked'” might leave something to be desired.

But here Blomstedt was in his element. One of the delightful things about his music-making is that one always finds simple joy in his face, when he conducts a piece that speaks to him. Tempi were utterly mainstream, the expansion in the slow movement ecstatic, despite its lack of distension, and the sheer power in the finale deeply satisfying from brass and basses. But most moving of all was to see the years drop away from Blomstedt’s countenance as the music progressed. His arm movements became freer–his body more supple.

As the final chorale levitated inexorably layer by layer, Blomstedt brought in each choir with small gestures of his left index finger. Even he, I thought, must surely feel at such moments the temptations and joys of neurotic power. But nothing could have been more uplifting and noble than the final brass suspensions over crescendoing timpani which brought the music to a close.

There were tears of sheer excitement in my eyes at the thought that such beauty could make one young again. 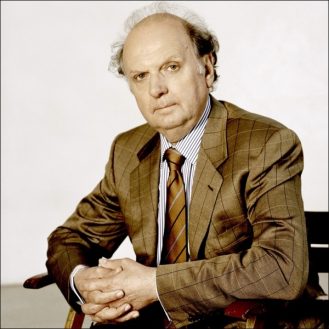 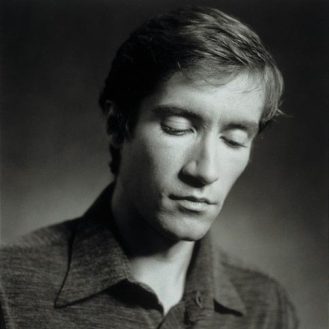