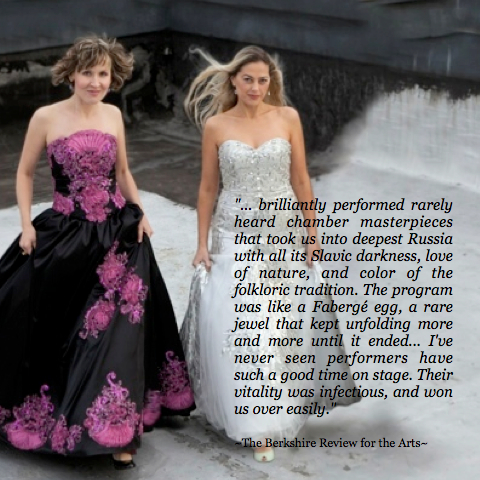 Last April, Olga Shyp and Roza Tulyaganova (also known as the vocal ensemble Piques Dames) helped organize a benefit concert at Lang Hall (Hunter College) for the victims of the tsunami in Japan. Our ensemble was selected to participate in a competition and a friendship concert in Fukushima in March, just after the first anniversary of the disaster. We were also invited to sing with the Osaka Symphony Orchestra in a charity concert for the evacuees in Fukushima on March 29. We are eager to participate in these events and share our music there, but these organizations cannot cover all of our travel expenses…and neither can we! We need help, if we are to be a part of these important events, which will do much to raise the spirits of people, who, after suffering unspeakable human and material losses, still need this uplift.

We will ask for another type of help at our fundraising concert: we need our audience to write some encouraging message cards to the people in the Fukushima area. We will hand-deliver them to the Governor of Fukushima Prefecture and/or the Mayor of the City.

Roza Tulyaganova: Soprano Roza Tulyaganova, DMA, is a native of Uzbekistan. Since moving to the United States in 2000, she has traveled extensively, performing major and supporting opera roles in cities across the country. She holds a Doctor of Musical Arts from Stony Brook University and completed her Master of Music degree at the Manhattan School of Music in 2007. Before and after her MA, Miss Tulyaganova has performed roles with many opera companies throughout the East Coast, most recently in Francis Poulenc’s operatic monodrama, La Voix humaine at Opera Manhattan. Miss Tulyaganova is also the winner of multiple notable awards.
http://rozatulyaganova.com/

Olga Shyp, soprano: A native of Ukraine, is a graduate of the Odessa State Musical Academy. She has sung numerous operatic roles including Despina in Cosi Fan Tutte; Norina in Don Pasquale; Violetta in La Traviata; Lucie in The Telephone; La Chauve-Souris in L’Enfant et les Sortiléges, and the title role in Rimsky-Korsakov’s Snow Maiden.

An accomplished recitalist and oratorio soloist, Olga has performed in the United States and Western and Eastern Europe. Olga combines her career of a classical singer with conducting, directing and teaching. Her most recent engagement was directing in the Opera Shorts Festival at Weill Hall at Carnegie Hall on October 1, 2010 presented by Remarkable Theater Brigade, in which she also sang.
http://www.nysoprano.com

Gabrielle Fink, Violin: Ms. Fink has performed solo, in chamber groups, and in symphonic orchestras in almost every state in the U.S. and internationally.  She was concertmaster of the Manhattan School of Music Symphony and Chamber Orchestra for two years. She is currently a member of the Philharmonic of Americas Orchestra and of the Miami Symphony.  She has also performed with the New World Symphony.  Ms. Fink appeared at a special concert at Carnegie Hall with principal players of the New York Philharmonic, Philadelphia Orchestra and the Cleveland Orchestra; and recently toured as a member of the Hyperion String Quartet and in chamber groups, which included members of the Philadelphia Orchestra and Berlin Philharmonic.  She also just completed a thirty-five city tour with the Ten O’Clock Classics Quartet.  She is particularly proud of her performance as a teenager during the 2000 March of the Living at Auschwitz in Poland, which showed her how music can heal wounds and provide hope.
http://gabriellefink.com/

Eleanor Norton, cello: A member of the New York based Ossia Symphony Orchestra, and Bassam Saba’s Arabic Orchestra, Eleanor most recently had the honor of performing for President Barack Obama at the state dinner honoring the President and First Lady of Mexico. She also joined Kristjan Järvi’s Absolute Ensemble on a tour of Holland and Germany during the summer of 2011. Besides her active performing career Eleanor is also a devoted cello teacher. She is on the faculty of the Third Street music School Settlement, Hunter Elementary, the Nightingale-Bamford School, and Spence School. Eleanor is a founding member of the North Sky Cello Ensemble. This group presents original music written by group members and new arrangements of classical works, all highlighting the beauty of the cello as a solo and chamber instrument

She has enjoyed an active career in the pop world, as well as the classical.
http://www.eleanornortoncello.com

Julian Gargiulo: A dynamic classical pianist who renders the compositions of renowned masters with extraordinary passion and precision, and fills the concert hall with his personal brand of charm, humor, and charisma. He has performed in the United States, Canada, England, Italy, France, Germany, Russia, Singapore, Philippines, Thailand, China, and Australia, always meeting with both public and critical acclaim.
http://juliangargiulo.com/

Joe Burgstaller: Internationally acclaimed trumpeter and educator Joe Burgstaller is a dynamic and unique force in today’s music world. Fueled by an artistic drive to explore and expand, Joe has the distinction of being a former full-time member of both of the premiere brass chamber groups in the history of their respective fields: Canadian Brass and the avant-garde Meridian Arts Ensemble.
http://www.joeburgstaller.com

Victoria Schwartzman: As soloist with orchestra, Victoria has performed with the Jerusalem Chamber Orchestra, the Longy School of Music Chamber Orchestra, and the Riverside Orchestra. She has performed at the Quartet Program in Pennsylvania, and participated in the Tel-Hai International Piano Festival in Israel and the Lyrica Chamber Music Festival in New Jersey. Also active in the field of opera and art song, Victoria was vocal coach and accompanist at Boston Lyric Opera, Glimmerglass Opera, the Brevard Music Center, and the American Institute of Musical Studies Festival in Graz, Austria
http://www.victoriaschwartzman.com

Women on the Verge 2012: Three Mono-operas about Women Unhappy in Love – Two by Pasatieri and La Voix humaine by Poulenc after Cocteau, including Kala Maxym and Roza Tulyaganova

Women on the Verge at Opera Manhattan: Lady Macbeth, Mrs. Rowland, and “Elle” 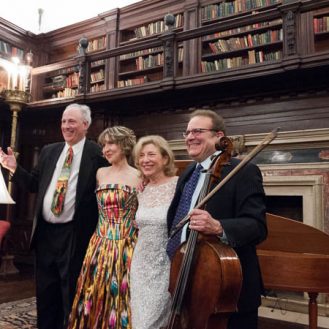 New York Arts’ Inaugural Event, a Concert of Baroque Chamber Music and an Exhibition of Old Master Drawings at the Fabbri Mansion