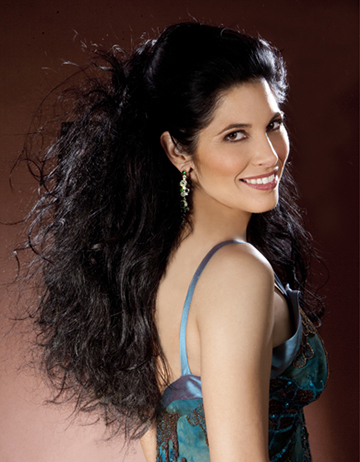 Let’s start with the hall. I’ve been living in New York for about seven years, and it was my first time in Zankel Hall. I don’t know why. It’s a beautiful hall except for one huge problem: the subway! The noise was so obvious. Also, I feel that for this kind of music this hall is not the best choice. Baroque music in general is not very loud and therefore needs a hall that has really live acoustics, even church-like acoustics, and Zankel Hall does not have anything like that.

The concert started with the Sinfonia in C Major RV 116 (1729) by Vivaldi. It’s been a long time since I’ve heard such a great ensemble. You could feel Europa Galante’s team spirit. Their dynamics were exceptional, and their “togetherness” was just breathtaking—not simply a matter of playing together on the same beat, but of a real unanimity in tone, phrasing, and rhythm.

The second piece was also by Vivaldi: “Quell’usignolo,” from Farnace, RV 711 (1727; rev 1738).  When Vivica showed up on stage you could hear people’s rapture. She wore a black dress that complimented her beautiful complexion with a red flower on the left shoulder. She looked absolutely stunning. I’ve never heard Vivica before, and I must say that she has one of the most gorgeous voices. It’s not big, but for Baroque one doesn’t need a big voice. Right away, Vivica strikes you with her vocal technique. All the tempi were so fast that one would wonder, how in the world can anyone sing so fast? And not every ensemble can play that fast either. But both Vivica and Europa Galante showed the highest class of musicianship and technique.

In Pietro Nardini’s Violin Concerto in A major, Op. 1, No.1 (ca.1765) Fabio Biondi, the leader of the group, was the soloist. I might say that Biondi is a great leader, but as a soloist he did not impress me that much. Looking at his biography, I saw that he has played a lot in orchestras, and that what I heard—the sound of an orchestra violinist, not a soloist.

Vivica changed her dress during the intermission for the second half of the concert to a glossy red gown that looked absolutely splendid with her black hair. I mention this specifically not only because it interests me, but because it’s important how a singer—or musician—presents her or himself to the audience. One doesn’t want to look good on stage just for oneself, but for the sake of the music. If a singer looks as beautiful as Vivica does, it can only help win over the audience, and, above all, win over newcomers to one’s repertoire. I regret to have to say that the players of Europa Galante were anything but galante in their appearance. They were very poorly dressed. Some of them looked as if they had just come from the train station. I know at the end of the day it’s how you play, but, as I said, today the visual aspect is very important, especially if we want to attract a new generation of listeners.

Vivaldi’s Concerto in A minor for Two Violins, Strings, and Continuo, from L’estro armonico, Op. 3, No 8 (1711) was almost overwhelming, especially the Larghetto e spirituoso. This was in fact a spiritual experience. The second violin, Andrea Rognoni, was what we would call a real soloist. His violin sings.

“È prigioniero e re,” from Semiramide, RV 733 (1732) was for me the best piece on the program. It was so naked, so vulnerable, and yet scary. It ended on such a pianissimo that audience was sitting there for a few seconds after the end with bated breath. It reminded me Prokofiev’s “The Gray-Eyed King,” a setting of a poem by Anna Akhmatova. A person hurts so much but is still so strong.*

Vivaldi, “Agitata da due venti,” from L’Adelaide (RV 695 1735) / Griselda (RV 718, 1735) was the most famous piece on the program. It’s a tough act to follow after Cecilia Bartoli, who is amazing in this genre and who played a major role in bringing all this music back to life for audiences, but I must admit that Vivica was just right there and sang it with great technique. Of course people absolutely loved it and screamed bravo…and of course the musicians had to do an encore. Actually they did two. The first was “Sposa son disprezzata,” and the second one was a piece by Farinelli’s brother, Riccardo Broschi.

—
*Here is the translation of the text set by Vivaldi:

Both as a prisoner and a king
my heart, ever strong,
beats within me

Not all the treachery
of blind fate
will ever subdue it.

This autumnal evening was stuffy and red.
My husband, returning, had quietly said,

“He’d left for his hunting; they carried him home;
They’d found him under the old oak’s dome.

I pity the queen. He, so young, past away!…
During one night her black hair turned to grey.”

He found his pipe on a warm fire-place,
And quietly left for his usual race.

And poplars by windows rustle as sing,
“Never again will you see your young king…” 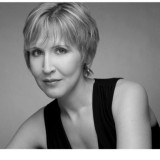 Soprano Roza Tulyaganova, DMA, is a native of Uzbekistan. Since moving to the United States in 2000, she has traveled extensively, performing major and supporting opera roles in cities across the country. Miss Tulyaganova pursued and completed her Master of Music degree at the Manhattan School of Music from 2005-2007. At MSM, she performed the roles of Livia in L’Italiana in Londra and La Ciesca in Gianni Schicchi. Before attending the Manhattan School of Music, Miss Tulyaganova performed roles with many opera companies throughout the East Coast. These include Lauretta in Gianni Schicchi with Mississippi Opera, Musetta in La Bohème with Cantiamo Opera Theatre in New York, and Micaëla in Carmen with the Brooklyn-Queens Conservatory. From 2002-2004, Miss Tulyaganova performed in numerous scenes with Opera Las Vegas, including Mimí in La Bohème, the title role in Lakmé, and Frasquita in Carmen. With the University of Nevada, Las Vegas, she has sung the roles of Rosalinda in Die Fledermaus and Lola in Gallantry, as well as appearing in UNLV’s opera scenes program as Musetta in La Bohème and Violetta in La Traviata. Her Fiordiligi at the Hubbard Hall Opera and her Countess in the Capital Opera’s Marriage of Figaro have been warmly acclaimed. Miss Tulyaganova has appeared as a soloist in many concert engagements, including Brahms’ A German Requiem with the Las Vegas Music Arts Orchestra, Handel’s Messiah with the Las Vegas Philharmonic Orchestra, and a Russian Music Recital with the Las Vegas Russian Trio. Miss Tulyaganova is the winner of multiple notable awards. These include being a two-time district winner at the Metropolitan National Council Auditions, a district winner of the 2002 NATSAA competition, a winner of the University of Nevada, Las Vegas concerto competition, and a finalist in the Meistersinger Competition in Graz, Austria. She holds a Doctor of Musical Arts from Stony Brook University.

She has also designed and made dresses for her own recitals and for fellow singers. 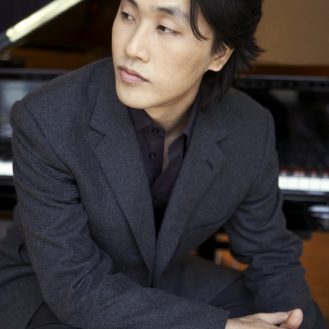 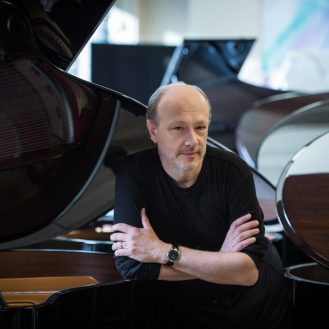 An Autumn of Pianists in New York 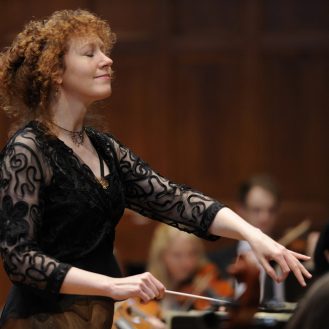 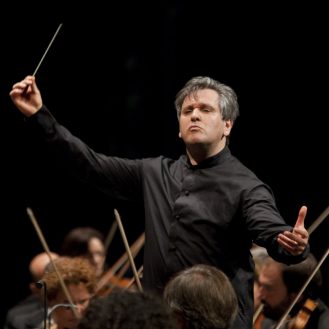