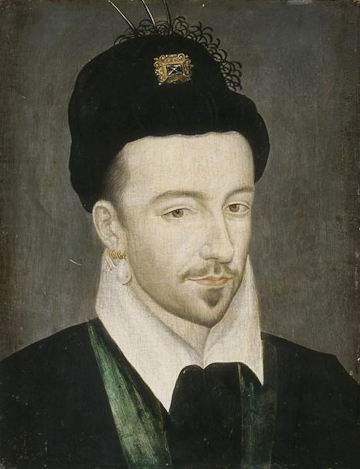 A co-production with the Wexford Festival Opera.

Richard B. Fisher Center for the Arts
Sosnoff Theater

Opera Talk with Leon Botstein
July 29 at 1.00 pm
Free and open to the public

This year Bard Summerscape’s annual opera and operetta are fused into one in Emmanuel Chabrier’s Le roi malgré lui, a true opéra comique, written for the homonymous theater in Paris. In this genre, with which Leon Botstein indulged New York audiences with Bizet’s Djamileh this past spring, the effervescent humor we associate with operetta meets the more careful writing and construction of opera. As delightful as Djamileh was—and it did offer something more substantial than the Strausses, Offenbach, and Gilbert and Sullivan—Le roi malgré lui is in a different league. Chabrier painstakingly worked over a worse than mediocre play of the 1830’s, transforming it into a psychologically convincing and witty libretto and setting it to original, even daring music, such as only he could write, to create a sophisticated, forward-looking operatic work. As I go through what has been written about the opera and its composer, everyone who knows it exudes a warm affection and intellectual respect for both. Like Chabrier, Le roi malgré lui has its own way of finding its way into the hearts of composers as critics. Both Debussy and Ravel gratefully acknowledged their debt to Chabrier. Yet it was only a moderate success in Chabrier’s lifetime, seemingly more popular in Germany, where Felix Mottl took it on, than in France. Performances slackened and then ceased, until Albert Carré, the famous director of the Opéra Comique, revived the opera with his own revised version of the libretto in 1929. In this version it had considerably more success, fifty performances up to 1946, until once again interest wained. This is what Bard refers to, when it calls the version that will be performed the original version as premiered at the Opéra Comique in 1887.

As the whole enterprise of “classical” music becomes increasingly expensive and financial pressures bear down on orchestras, opera companies, and presenters of all kinds, the repertoire has become narrower and narrower. Most composers outside of the most canonical—Prokofiev and Sibelius to mention two recent Bard Festival composers—are known to general audiences by only a handful of works which don’t show them at their most interesting, characteristic, and exciting. Chabrier is known primarily by one piece, the one which made him popular in his own time, España—today a staple of pops concerts. It shows only a tiny segment of Chabrier’s genius, but it is a fine work nonetheless. A careful performance can show the intricate way he has woven his simple rhythmic theme, almost an ostinato, into a rich fabric of orchestral color. Ravel was surely working with this model in his Bolero. But to know Chabrier’s quirky, prescient harmonic invention and his almost obsessive attention to language, we must hear his mélodies, his piano works, and his operas.

Emmanuel Chabrier was a native of the Auvergne, a region of France famed for its individual turn and old-fashioned, rustic ways. One might compare them to Vermonters and only be half-wrong. Chabrier’s sensitivity, warm-heartedness, and nervosité (untranslatable) were considered characteristically auvergnat by his acquaintances and friends. His family were established in the town of Ambert—renowned for its magnificent cheese—for generations as businessmen, lawyers, and the like. Emmanuel’s parents moved to Paris when he was a small child. He had been composing since that age, but he decided to stick to the family mould, earned a law degree, and went into the civil service. He remained there until the age of forty, composing on the side as an avocation. He had meanwhile formed friendships and collaborations in literary and artistic circles, notably with Paul Verlaine. This friendship came to an early end, but others persisted throughout his life. At forty, supposedly following the inspiration of hearing Tristan und Isolde, he left his job and devoted himself to music full-time. It has also been pointed out that he was beginning to take off as a composer and that a nervous disorder, presumably the result of syphilis, made it impossible for him to keep up two lines of work.

Chabrier composed a serious opera on a Tristanian model called Gwendoline, and he set great store by it. It proved very difficult to interest opera houses in producing it, until the Théatre de la Monnaie in Brussels agreed, giving him the motivation to finish the work. His hopes were dashed by a financial crisis at the opera. His response to the disaster was to take up a project of a more popular sort, Le roi malgré lui, which he began as an operetta, with its full share of vulgar jokes and earthy music. When the Opéra Comique took an interest in the project, it became necessary for him to raise the tone a bit and to develop the score more seriously. Hence, although it remains true to the opéra comique model, it retained some of its low-life qualities. These hybrid origins—and Chabrier was famed for his cocasserie—are part of what make Le roi malgré lui so irresistable.

People of all nations, I suppose, especially the Anglo-Saxon (if I dare say it) love to point out what is French in French art, French life, French music and so on, as if they were eccentricities as easily definable as a baguette or une soupe à l’oignon. I think it makes one seem more worldly to make such observations. I’d like to avoid that, but I think that only the French have the ironic wit to turn an historical villain into a sympathetic character…in youth, of course. (I can assure you that Poles have no sense of humor about Henri de Valois whatsoever.) From the film shown in our preview of the Saint-Saëns festival, you know what a villainous coward and murderer he was. In reality, Henri arrived in Poland in January 1574 and returned to France in June of that year, following the death of Charles IX, his elder brother. In Chabrier’s entertainment, Henri and his courtiers find life in Poland unbearably dull, and the King takes great pains to remove himself, but in the end he finds a reason to stay, in the person of an old mistress, Minka. Read the synopsis carefully, when you go. The story is a bit involved. But if the stage direction of Mr. Strassberger gets too kinky for you, by all means glue your eyes to the supertitles. The music will be splendid. Chabrier’s Le roi malgré lui will be the great discovery of this year’s Bard Festival. 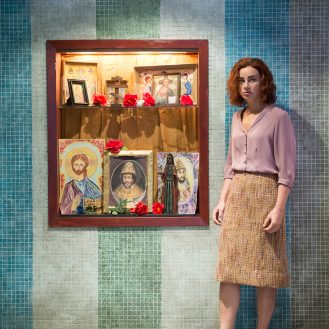 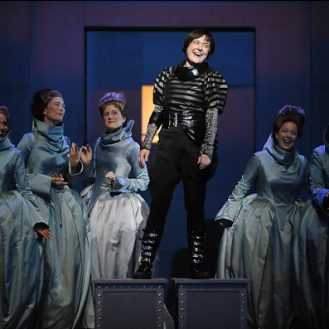 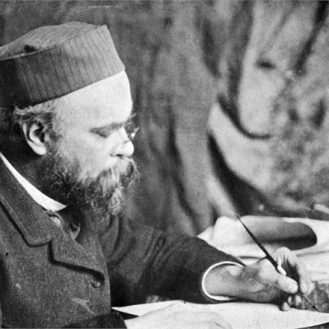