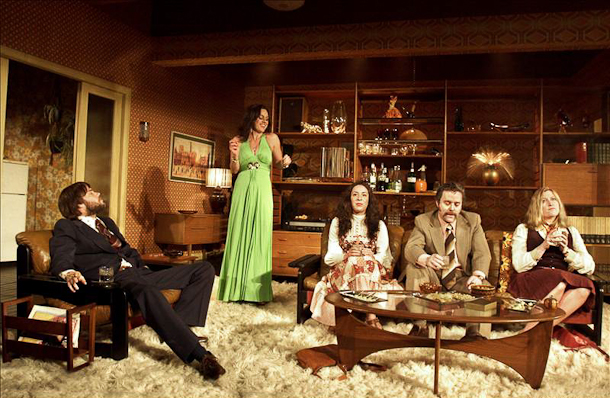 There are cocktail parties, and then there are cocktail parties. Dramatists like to use them as a trope for the viral malaise that has infected middle-class life. In Who’s Afraid of Virginia Woolf?, the unraveling of a marriage is x-rayed with malicious glee, while in the sedate confines of The Cocktail Party T.S.Eliot takes up his familiar, morose theme of “shoring up fragments against our ruin,” giving us hints of the Alcestis of Euripides so that the failed marriage at the heart of the play has mythic resonance. (Albee seemed to stretch for all-American resonance by naming his duelling couple George and Martha, although the relevance to George and Martha Washington never hit home for me — history is the last thing one thinks about as the air blisters and boils in the play.)

Using Woolf as his template, the young Mike Leigh took the cocktail party to absurd, vicious extremes in his 1977 play, Abigail’s Party, which was taped for television by the BBC. Like George and Martha, the ghastly couple in Leigh’s little social function, Beverly (Jill Halfpenny) and Laurence (Andy Nyman), try to keep up appearances while they are keeping down the reptilian brain. Leigh, then entering his mid-thirties, had already made a name for himself as the BBC’s go-to writer/director for working-class demography in the East End and Essex. Where the kitchen sink dramatists of the Fifties and Sixties laid on the virtue of social outrage, making us equate tinned pilchards and small beer with left-wing sympathy, Leigh treats Beverly and Laurence as unhinged savages mauling each other from the crouched position. They have screechy, irritating voices that drive us crazy before the characters wind up in total madness. (Tinned pilchards get their just desserts when one of the guests, the browbeaten nurse Angela (Natalie Casey), mentions her fondness for pilchard curry, eliciting a groan from the audience.)

The raison d’etre for Leigh’s mockery, which comes rather too easily, is Beverly, a Medea without children who psychologically murders everyone in sight. Jill Halfpenny relishes the opportunity to vamp in a flowing green gown that might as well be snakeskin. (“Were we supposed to war long?” asks a dismayed Ange, who has shown up in a frumpy outfit, oblivious to being deliberately upstaged.) Beverly is Albee’s Martha played as a cringing loon, forever topping up drinks, forcing canapés down unwilling throats, and proudly spinning pop music to the disgust of Laurence, who wants to impress the neighbours with his bound volumes of Dickens and light classical LPs.

Beverly won’t let Laurence do anything he wants, even pass around a tray of olives (“Nobody wants them but you,” she whines. “They’re ‘orrible”), and when he pulls a kitchen knife on her, she simply smirks. Leigh is skilful enough that when Laurence, splenetic at his own castration, collapses from a heart attack, we feel pity. The same goes for Sue (Susannah Harker), a sad middle-class divorcee who is new on the block. The Abigail in the play’s title is her teen-age daughter, who is throwing a raucous party barely within earshot. Susan passively accepts every indignity pushed at her. When the canapés, G-and-Ts, and Beverly’s toxicity become too much, she rushes to the loo to vomit it all up.

Liquor and long resentment bring out the Freudian Id in the partygoers, but this isn’t Civilization and Its Discontents so much as civilization and its nincompoops. Beverly is so defensive about being uneducated that she can only ape her betters, crow about her ignorance, and slash at her husband. As she gets drunker and more lewd, Beverly is headed for disaster — we can’t wait for her to collide with the iceberg — but in the first act she tries to disguise her naked vengeance against men with equally naked seduction. She moves in on Tony (Joe Absolom) , a surly ex-footballer, cooing “I like football legs,” followed by clenching his butt with two fists when she coaxes him to dance. All this while ignoring the fact that Tony is the husband of her best friend Ange. As for her own husband, Beverly gets worked up into a state of demented frankness: “He’s basically dead from the waist down.”

The London critics lapped up this raucous hybrid of I Love Lucy and Gorky’s The Lower Depths. The dumb jokes still go down well. (“Do you know Shakespeare?” someone asks Tony, who replies, “Not personally.”) Yet the ambience of late-Seventies London, when Labour was assuaging working-class anger with one of the world’s most ponderous welfare states, feels today like nostalgia for the mud. Looking around at the audience, where any number of older women looked like tarted-up Beverly thirty years on, or else frumped-down Ange, I wondered if Leigh thought he was holding a mirror up to nature. Probably not. He wanted to let off steam on behalf of a society where perpetual class divisions needed an escape valve. The play isn’t cruel to be kind — it’s just cruel — but Leigh was perfecting a mixture of pathos and satire that would soon make him famous. Having her “bit of fun,” Beverly is worth laughing at so that she doesn’t terrify you, or feel up your footballer’s legs. The men know she can’t keep her eyes of their pants, while having no idea what will happen once she gets them off. 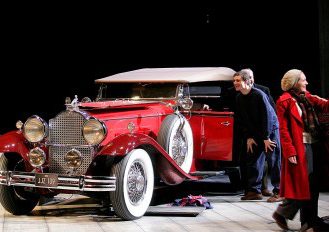 Rok Miłosza (The Miłosz Year) Comes to Williams College: Inspired by Miłosz, a Tribute by Omar Sangare and his Students 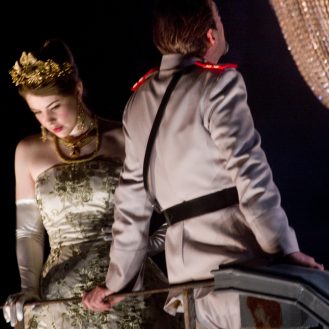 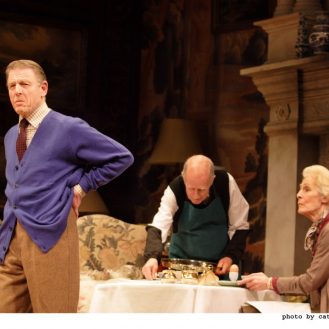