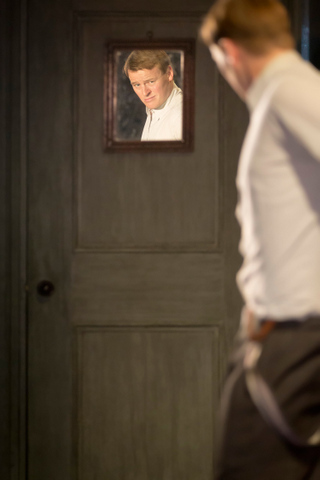 Paul Reid as Gar in Public. Photo by Johan Persson.

The old sod. No one ever asked for Delta blues to be any sadder or Irish drama to be any more Irish. As art it feels totally transparent. You get the impression that the scripts are achieved by walking down any Dublin street with a tape recorder, and the casts tumble out of a city bus at the back door of the next theater. This naturalness has the effect, strange as it sounds, of making the whole audience feel Irish by intermission. I thought I heard people around me saying “boyo,” “mammy,” and “What are you blatherin’ on about?”

Being charmed out of yourself feels nice while you’re watching Brian Friel’s breakout play, Philadelphia, Here I Come!, which premiered in 1964 when the playwright was 35 — he’s now eighty-three. The secret of successful Irish plays isn’t just the charm of their language, however. It lies in an ability to make us feel that the Irish condition is the human condition. For a tiny island nation drenched in rain and dark beer, bounded by the Straits of Sentimentality and the Maudlin Mountains, to accomplish this is remarkable. Friel presents Gar O’Donnell, a lonely young man of twenty-five about to leave Ballybeg, the stifling town he claims to hate. The play occupies the night before he departs as friends and relations turn up to see him off, and there are flashbacks and recollections of old times Gar will leave behind.

And that’s it, so far as dramatic action is concerned. It doesn’t need a spoiler alert for me to reveal that the climax of the play consists of Gar saying to himself, “Why are you leaving?” and answering, “I don’t know.”  That the Irish can’t wait to leave home so that they can reminisce forever after about what they left behind isn’t virgin territory. Shy, lovelorn Gar is prepping for boozy nights in America when he will ache for Ballybeg by collecting memories like “precious, precious gold,” and dreary as his village is, he gazes at its dimming lights wanting to “hold on to the night.” As a species, Irish writers  have never been shy of mawkishness, but it’s spiced with sharp self-loathing and remorseless bitterness toward the ills of their upbringing: oppressive family life, dead-end jobs, and, lest we leave anything out of the formula, the hovering smothering Church.

Complaining is a chronic affliction or a national sport, depending on how you feel abut the Irish. Yet Friel has the magic touch — his collection of bragging boyos, good-hearted spinster, doddery priest, weepy alcoholic schoolmaster, along with the girl Gar lost the nerve to propose to and his mute-as-a-clod-of-peat father, known as the Boss or Screwballs, makes sweeter music than, say, the same crew dropped into one of Martin McDonaugh’s lacerating farces. Friel does wonders, in fact, with a wheezy stage device, having the hero played by two actors who function as Public Gar (Paul Reid), who is shy, tongue-tied, and wistful, and Private Gar (the superb Rory Keenan), who functions as an Irish Id — profane, combustible, and contemptuous of the prim loser he’s twinned to. A night of soul-searching before striking out for a new life in Philadelphia turns into a touching bout between Gar’s divided selves. Both sides have something to confess and something to hope for.

The London critics lavished praise on this note-perfect revival, with every role cast to strength, often using Irish actors. To be crude, the  evening is not so much drama as gabfest. We are wrapped in everyday blather while a nervous young man dreams of a dfferent reality. That’s the coiled spring that winds up much Irish drama, and if Gar’s world is that of a shopkeeper’s stifled son rather than one of Yeats’s mythic heroes, his yearning grows from the same broken soil. As long as Irishness tries to mend its sorrowing heart, the human condition will never be far away. 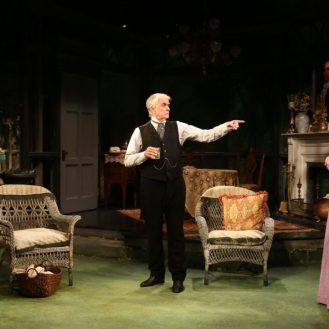 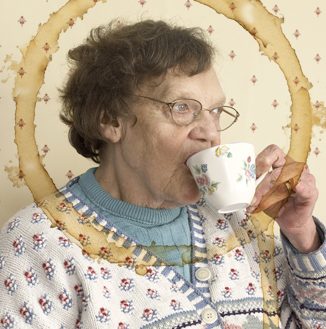 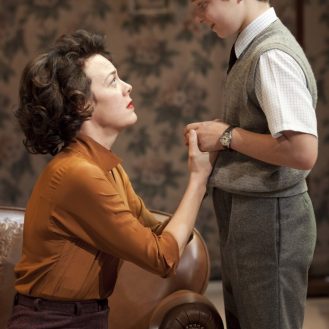