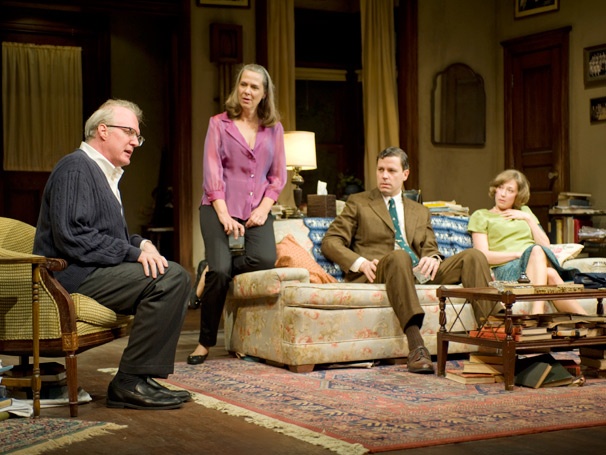 Todd Rosenthal’s wonderfully disheveled living room set for the new Broadway production of Edward Albee’s Who’s Afraid of Virginia Woolf is a preview of emotional upheaval to come. It begins quietly enough with George and Martha, a history professor and his wife (played by Steppenwolf ensemble actors Tracy Letts – also the author of August: Osage County – and Amy Morton) returning home late from party at the college president’s house and kicking off their shoes. Impulsive Martha, who is the president’s daughter, invites a young faculty couple, Nick and Honey (with Madison Dirks and Carrie Dirks making their Broadway debuts) to join them for a nightcap though it is 2:30 in the morning. By the time the young couple arrive, Martha and George are exchanging such pointed barbs the couple almost turn on their heals and leave. No, no, this is “mere exercising,” George explains, urging the couple to stay. The real humiliation and mutual self-hatred, fueled by a constant infusion of alcohol, is to follow and no one will be spared by the time the drunken brawl finally breaks up at dawn.

Albee’s genius is to make this mad descent into the underbelly of a marriage both biting and funny, painful to watch and poignant. In this production, Tracy Letts’s George emerges from behind his spectacles and baggy sweater to be every bit of a match for Martha, who in the hands of Kathleen Turner or Elizabeth Taylor has seemed in other productions the dominant partner. But, Letts here (also making his Broadway debut) is truly the evening’s grand master, the inventor of cruel parlor games that eventually bring Martha to her knees in the play’s raw, savage final scenes. I also found Amy Morton laid herself bare, exposed and emotionally spent in the role in a way that other actors have not, revealing finally the love and tenderness the couple share despite their disappointment in their own lives and each other.

Carrie Coons as Honey is delicate and funny, not as ditzy and neurotic as the late Sandy Dennis who won an Oscar for her performance in the film version of the play in 1966. Madison Dirks’ Nick is a nicely nuanced performance between threatening stud and insecure new arrival on campus. All four actors move with a grace and security of a well-oiled production that opened in Chicago three years ago and had a long run at Arena Stage in Washington, DC, in 2011. This will be the eighth time that Letts and Morton have played husband and wife, and, in Chicago, Steppenwolf theatergoers often mistake them for a married couple in real life. The production opened last night at the Booth Theater in New York, 50 years to the day of its Broadway premiere when Edward Albee was a young, 34-year old playwright.

Now, totting a cane, the silver-haired Albee was sitting in the audience the night I attended the performance, clearly delighted with this production and recent tributes to his long career in the theater that has produced over 30 plays. But, as he has been accepting the accolades, he told Molly Smith of Arena Stage last year, “I still have a few arrows left in my quiver.”

How wonderful. We have something new to look forward to from this extraordinary writer. 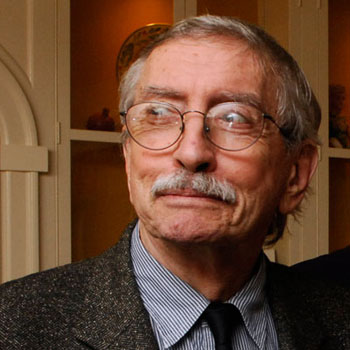 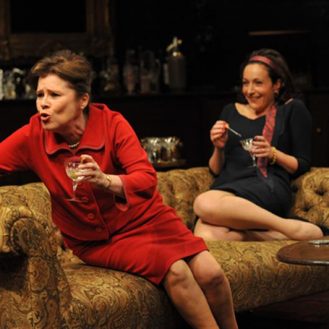 A Delicate Balance at the Almeida Theatre 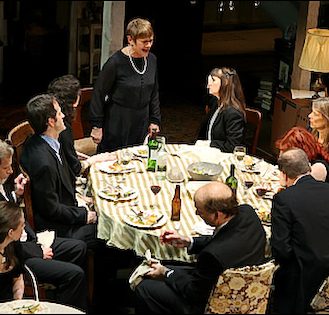 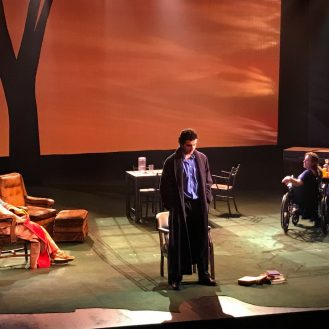