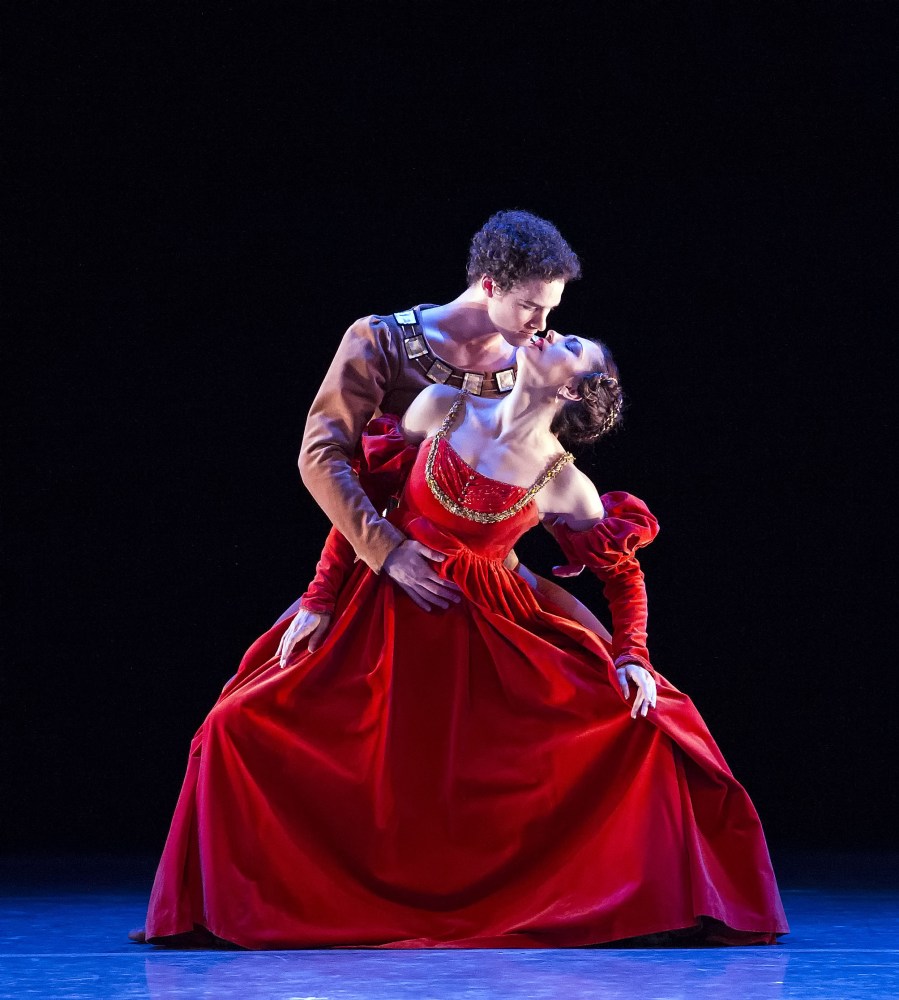 One would have difficulty imagining a more diverse ballet program than that presented by the American Ballet Theatre last Friday afternoon, in its brief series of fall performances at New York City Center. It was a journey through four centuries of music, and over half a century of choreography.

First on the program was “The Leaves Are Fading,” regarded by many connoisseurs of dance as Antony Tudor’s final masterpiece, and considered by the choreographer himself to be his “autobiography.” The ballet was created expressly for the ABT in 1975, when Tudor was Associate Director.  Set to Dvorak’s haunting “Cypresses” and fragments of other compositions for strings, it is a poignant portrayal of reminiscence and nostalgia. A single female dancer appears onstage at the outset and at the conclusion of the ballet, her demeanor musing and reflective in the beginning, and quietly resigned, yet satisfied and content at the end. In the context of Tudor’s autobiography, it would seem that this woman represents the aging choreographer himself, looking back at the “fading leaves” of his life and career (beautifully reflected in the melancholy autumnal colors of Patricia Zipprodt’s costumes and Ming Cho Lee’s scenery).

In many ways, the ballet has a classical quality, created by its composition of successive pas de deux and occasional ensemble interludes . The dancers in this performance did credit to the company’s Tudor legacy, successfully managing to internalize their roles, just as the choreographer would have wished. Each partnership expressed a different motivation and spirit. In the exquisitely beautiful second pas de deux (the centerpiece of the ballet), principals Julie Kent and Marcelo Gomes compellingly conveyed a tenderly intimate, yet passionate connection through physical movement – emotion through motion.  The sensitive intelligence with which they embodied their characters brought to mind Mikhail Baryshnikov’s statement that performing a Tudor ballet was “a passport to become mature; to be an adult dancer, a dancer in depth.”

Perhaps the ultimate balletic work requiring expressive artistic maturity is “The Moor’s Pavane,” Jose Limon’s legendary and timeless choreographic masterpiece from 1949. Subtitled “Variations on the theme of Othello,” the piece is a harrowing depiction of true love’s destruction through suspicion, jealousy, and betrayal. Although it is impossible to match Limon’s powerful and riveting original performance as The Moor (fortunately preserved on film), Roman Zhurbin gave a gripping and convincing interpretation, sustaining the dramatic tension until the piece’s devastating conclusion.  Xiomara Reyes was the epitome of the Moor’s trusting, loving wife, while Thomas Forster and Simone Messmer creditably depicted the scheming, duplicitous friend, and his loyal, yet scrupulous wife. All four dancers, richly attired in Pauline Lawrence’s Renaissance-inspired costumes, performed with grace and elegance the stately and courtly rhythms of the Henry Purcell score, an amalgamation of excerpts from “Abdelazar,” “The Gordian Knot Untied,” and the pavane from “Pavane and Chacony for Strings.”

The final piece on the program presented a shocking contrast in every respect. Twyla Tharp’s “In The Upper Room” from 1986 is an adrenaline-driven apotheosis of meaningless virtuosity and continuous mechanistic motion, set to a characteristically relentless motoric score by Philip Glass. Unlike the previous works, in which the dancers were accompanied by a live orchestra, the music for “In The Upper Room” was a recording (presumably by the Philip Glass ensemble), broadcasted at a deafening decibel level. The entire experience, complete with convict-like black and white striped suits with red accents (socks/shoes), theatrical smoke effects and blinding shafts of light, was a rude awakening into the modern age, after the gentleness and subtlety of Tudor’s Dvorak and the nobility and restrained passion of Limon’s Purcell.

The undeniable power of  “In The Upper Room” lies in the perfect melding of dance and music, and it is an eloquent testimony to the virtue of artistic collaboration of equals and contemporaries. Tharp and Glass share a common vision of the energy that can be unleashed by repetition and perseverance, as well as a certain emotional coolness and detachment that paradoxically heighten the thrillingly visceral effect of the work. Unfortunately, the dancers in this performance did not fully meet the extraordinary technical challenges of “In The Upper Room.” Although exuberantly transmitting the raw vitality of the piece, they were often imprecise in their movements, their ensemble coordination seemed under-rehearsed, and there were several lifts that nearly failed.

Whereas ballets like “The Leaves Are Fading” and “The Moor’s Pavane” can be carried by the intensity of emotional expression and a commitment to the integrity of the narrative (whether implicit or explicit), a mechanical exercise in sheer technical brilliance like “In The Upper Room” demands no less than perfection. Nevertheless, one left the theatre with a certain sense of exhilaration, and the autumn afternoon came full circle in an encounter with the fading leaves of trees in Central Park.

Victoria Martino is a magna cum laude graduate of Harvard University and the University of California. A specialist in interdisciplinary studies, she has academic degrees in art history, literature and music. She has curated numerous international exhibitions, and has published over sixty catalogue essays and scholarly articles in more than six languages on artists and composers, including Wassily Kandinsky, Arnold Schoenberg, Jackson Pollock, Richard Pousette-Dart, Sean Scully, Mimmo Paladino, John Baldessari, Josef Capek, and Zoran Music, among many others. An art, music, dance and theater critic, she has been a regular contributor to THE Magazine and various journals in Europe. Ms. Martino has participated in numerous international scholarly symposia and lectured widely. She has taught music, art history, and innovative humanities courses at universities in Australia and the United States. As a violin soloist and chamber musician, she has performed throughout Europe, Australia, Japan, and North America. A specialist in early and contemporary performance practice, Ms. Martino has a broad repertoire spanning six centuries. She is internationally known for her monographic performances (“marathons”) of the complete works for violin by various composers, including Bach, Handel, Mozart, Beethoven, Mendelssohn, and Schumann. Ms. Martino has presented a number of interdisciplinary programs (lecture-concerts) in conjunction with exhibitions at many international institutions, including the Guggenheim Museums of New York, Bilbao, and Berlin, the National Art Gallery of Victoria (Australia), the National Art Gallery of Ontario (Canada), the National Art Gallery of Slovenia, the Museum of Western Art in Tokyo, the Albertina in Vienna, the J. Paul Getty Museum and MOCA Los Angeles, to name only a few. Since 2004, she has presented an annual subscription lecture-concert series on the interrelationship between music and art throughout history at the Athenaeum Music and Art Library in La Jolla, California. 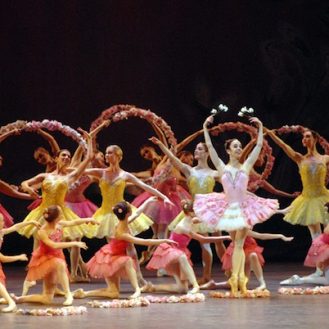 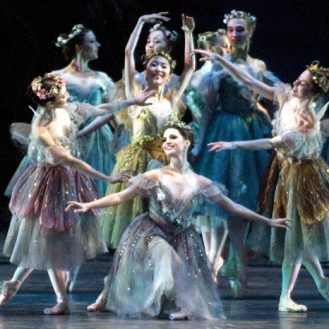 A Shakespeare Double-Bill at the American Ballet Theater: Ashton’s The Dream and Ratmansky’s The Tempest 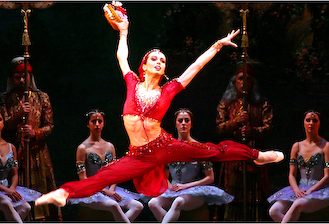 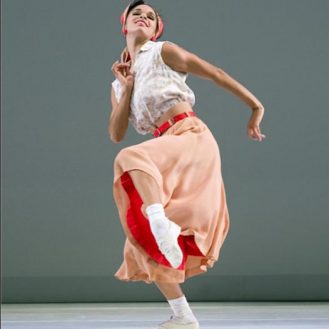