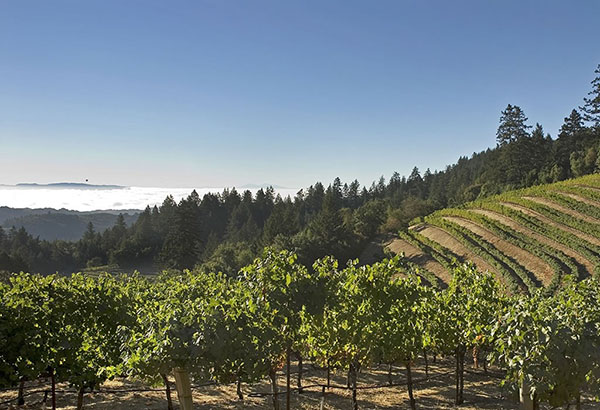 The mountain-side vineyard on Mt. Veeder.

The seductive and sometimes confusing kaleidoscope of colorful labels on the shelves of wine shops (or on view at online websites) often obscures, to lift some words from an old song, the long and winding road that gets that bottle from the grapevine to you. The physical aspects of the vineyard, weather throughout the growing season and decisions made by the winemaker during the course of the wine’s development all lead to what produces a wine that might justify a price tag of $60 a bottle, say, or conversely, a $15 price tag for a wine equally interesting and delicious.

These are not things we necessarily think about every time we open a bottle to have with dinner, but it is good to be reminded of them from time to time as I was recently at a marvellous evening at The Boston Wine School. Jonathon Alsop runs the school and hosts a wide variety of classes, tastings and special events that I urge you to check out if you find yourself anywhere in the area. This particular night was a tasting and dinner with Tom Meadowcroft, the winemaker of Meadowcroft Wines of Napa and Sonoma.

The winding road began for Tom at the age of seven, in Switzerland, where he sometimes washed bottles for neighbors who made wine. This earned him enough centimes to take to the local candy shop. While relating this, he paused, as a slight smile formed on his lips and he drifted for a moment, seemingly able to still savor the taste of those candies. Here was a man whose palate was in training at an early age, and evidently not just for sweets. Every so often the bottle washer got a sip of wine as well.

Meanwhile, we were sipping Meadowcroft Viognier, a grape not familiar to all of those in attendance. Tom explained he’d been captivated by it early on in his wine experience due to its aromatics of peach and honeysuckle. It also plays an interesting role, he pointed out, when co-fermented with syrah (which is often done in the northern Rhone to produce Cote Rotie, for instance). The addition of viognier helps extract more color from the syrah.

Next up was 2010 Meadowcroft Carneros Chardonnay. Was it the charm of the winemaker’s personality, the convivial ambiance, or was this one of the best California chardonnays that I’d tasted for a while? Judging by the murmurs of enjoyment audible all around me, I wasn’t alone. When asked what made this chardonnay so good, Tom cited several factors. Three different chardonnay selections were used to make this wine, all grown in the same vineyard and vinified and aged separately. Each emphasized a slightly different profile of apple, pear or citrus and in combining them the aim was for a layered and flowing harmonic. Also important was the use of neutral oak barrels. Complexity, he pointed out, comes about with oxidation provided by oak aging, even if the barrels are neutral.

The tasting continued with the 2010 Knights Valley Sangiovese, a soft, fragrant, medium-bodied red with ripe cherry flavors heightened by spice accents. This wine provides pleasing drinking on its own with a versatility that promises to enhance a wide variety of foods.

As we went on to sample three Meadowcroft Cabernet Sauvignons Tom continued relating some of the procedures he employs as a winemaker. The 2009 Meadowcroft Sonoma Cabernet, the first wine of the trio we tasted, contains ten per cent cabernet franc, a grape which he pointed out has a “canned tomato” aroma when unripe, and an Asian spice quality when ripe.

This prompted an excursion into methods of determining when grapes have achieved sufficient ripeness. He reminisced about walking the fields of Opus One, where he had worked, throughout the growing season and tasting the grapes at various stages. The color of the seeds indicates grape maturity also. And lignified stems can not only be counted on as an indicator, but also add spice flavors to wine.

As regards blending cabernet franc and cabernet sauvignon, as an example, he talked about tasting the barrels of each variety separately to determine when the tannin and “bright fruit” characteristics of each start to mellow out. If blending is started too early “you can tend to stymy yourself.”

Spending an evening with a thoughtful, perceptive and sincere winemaker enhances the wine-drinking experience even beyond that one evening itself. The Boston Wine School provided just the right setting for the occasion: relaxed atmosphere, delicious food, a congenial host, Jonathon Alsop and a great featured guest, Tom Meadowcroft. 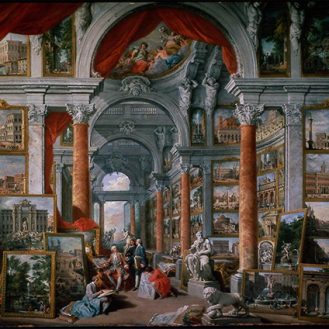 Marketing Italy — with Sustainability(?)…and a Word about Museums 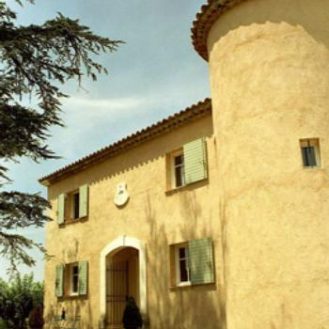 The Rosés of Provence 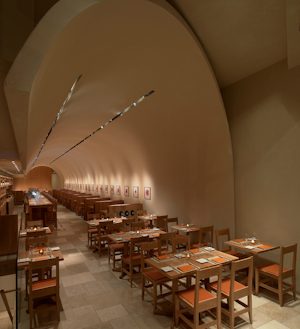