Photographer Max Hirshfeld, who came to Washington, DC, in 1969 from a small, Southern town, has always been fascinated with “the other Washington,” as he calls it, the creative community in the city that has nothing to do with the federal government. This spring he began photographing key players in the DC art scene—poets, novelists, actors, directors, critics, dancers, architects and patrons—and the result is a stunning series of 33 portraits, called “Illuminaries,” now on display at Hemphill Fine Arts in downtown Washington through July 27th. It is part of the gallery’s larger exhibit on the Artist-Citizen.

“I was inspired by Irving Penn’s portraits of the New York art scene in the 1960s,” said Hirshfeld. Penn’s subjects included Pablo Picasso, Georgia O’Keefe and Igor Stravinsky against an angled architectural backdrop. For his portraits, too, Hirshfeld used a tight, brown box and for some of his subjects, such as Septime Webre, dancer and artistic director of the Washington Ballet, the box became the inspiration for the pose—a dramatic leap—within its tight constraints. 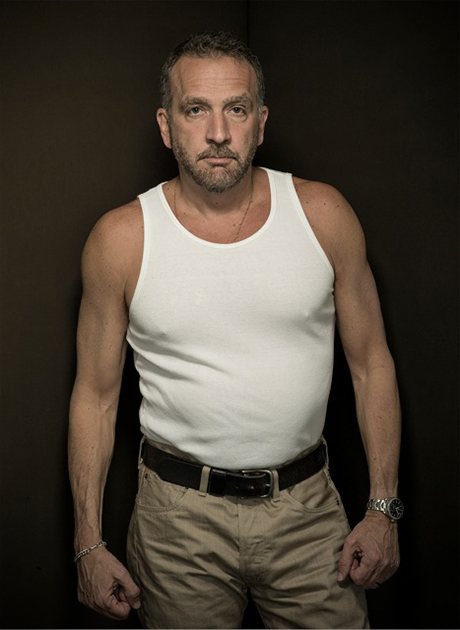 Hirshfeld has documented some of the seminal figures in Washington’s artistic renaissance in the last 30 years. Some are better known names, such as crime novelist and television producer George Pelecanos and Joy Zinoman, director and co-founder of The Studio Theatre and The Studio Theatre Acting Conservatory; others have worked more behind the scenes, such as Murry Sidlin, dean of music at Catholic University, and Bill Paley, a patron and supporter of the arts. Many, including Pelecanos and Zinoman remember of very different Washington of the late 1960s and 70s when the downtown had large pockets of abandoned, derelict buildings after the 1968 race riots.

“There was a lot of anger on the streets then,” said Pelecanos, who was 11 in 1968 and began making deliveries for his father’s diner and 19th and Jefferson Streets, NW. “After the riots, I thought people on the bus looker taller, at least in my young eyes.”

Pelecanos said his dark, urban crime novels at much to do with the emotion of that time. In addition to his successful novels, which are set in DC, Peleanos was one of the lead producers and writers on the popular HBO series The Wire and, recently, another HBO mini-series on World War II, The Pacific.

“When I started, I was not a writer,” he said. “I had no formal training. I was like the local punk rock musicians. They were not musicians; they just wanted to make music. And they inspired me. We both a DIY philosophy—Do It Yourself… Because there was not a self-conscious artistic community here as there is in New York, it allowed someone like me to rise.” 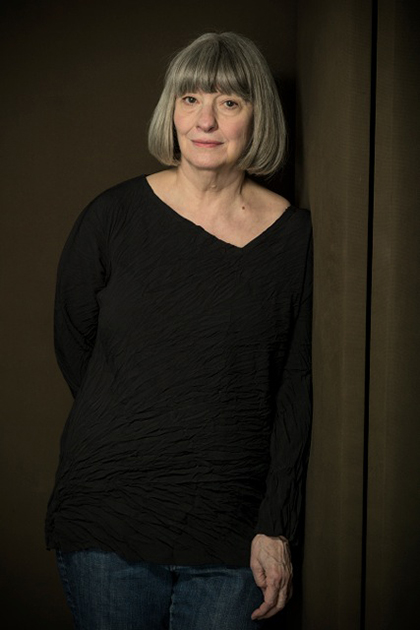 Joy Zinoman, who grew up in Chicago with a tradition of theaters in industrial spaces, remembers 14th and P Streets NW in the late 1970’s as a hub of the prostitutes and drug dealers at night. “There wasn’t even a 7-11…” she said when she started (with Virginia Crawford) what would become a thriving cluster of three theaters in an old automobile showroom. The Studio Theatre, known for its support of new playwrights as well as production of classic works, now has over 7,000 subscribers and has taken over three buildings along 14th Street. The neighborhood around the theater has been transformed into a hot spot of new condo development, art galleries and upscale restaurants. “But the transition,” she said, “took a long time.”

This is an on-going project for Hirshfeld. He says that he plans to continue his portraits of Washington artists as the artistic community in this government city grows and changes. 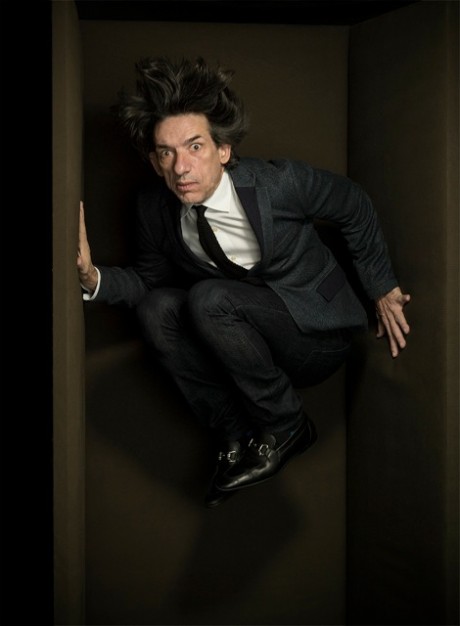