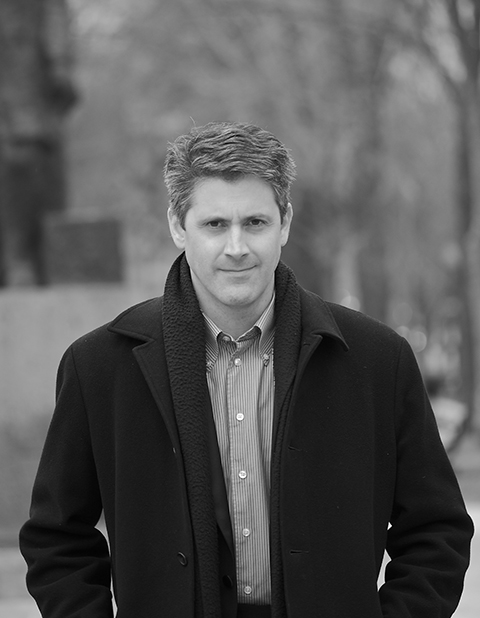 We wish to thank Joan Margot Smith for a generous donation which covered a good part of our initial expenses and made this concert possible.

As with most classical concerts, ticket sales are not enough to cover our expenses! Your tax-deductible donations to the Arts Press will make it possible for New York Arts to continue its innovative series of performances, exhibitions, concerts, and symposia…especially to bring Stephen Porter back to New York next year to perform an ambitious, unique Debussy program!

New York Arts was extremely proud to present, as our single concert of this season, a piano recital by Stephen Porter, a musician of supreme intelligence, sensitivity, and learning. His pianism is equally developed on the fortepiano as on the modern piano, and we are fortunate that his curious ear for historical instruments has drawn him to the unique qualities of the House of the Redeemer’s Grotrian-Steinweg grand in the intimate acoustics of its Library. Mr. Porter and all of us at New York Arts hope you will enjoy this video his encore, an arrangement of the renowned mélodie from Gluck’s Orfeo ed Euridice by Alexander Siloti, a pupil of Anton Rubinstein, Tchaikovsky, and Taneyev. I first heard Mr. Porter play at the 2011 Boston Early Music Festival, when he played Schubert’s late masterpiece, the Piano Sonata in B Flat on a fortepiano made by R. J. Regier of Freeport, Maine. It combines the tonal and mechanical qualities of instruments made around 1830 by the two leading Viennese makers of the time, Conrad Graf and Ignaz Bösendorfer. This performance astonished me with its appreciation of the pianistic details of the work on an instrument which was truly suited to the writing, as well as its deep understanding of music which explores the breadth and depth of a great soul—Schubert’s. I had not, and I certainly have not since then, heard a better performance of this work since Alfred Brendel’s retirement. In our concert, Stephen began with two of Debussy’s late Études, on which he has worked in great depth, (He played both books of Debussy’s Preludes as Artist-in-Residence at the Cité des Arts, Paris, for the 150th anniversary of the composer’s birth.) Following this, Diane Rehm’s interview with him offers one of the most intelligent and deep discussions of this music you will hear. Chopin’s late Nocturnes are among his most beautiful and profound pieces. Then Beethoven, his wild and witty Bagatelles, Op. 126, in which he brought the full technique and imagination of his maturity to “light” music—that is, in Beethoven’s case, “Post-Hoffmannesque.” The experience of these short pieces is as rich as the last piano sonatas, although Beethoven transported them into the realm of the fantastic. 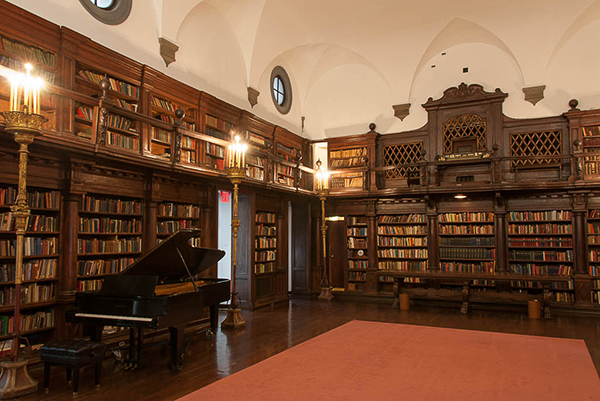 The Library at the House of the Redeemer, New York. Photo Michaei Miller 2013.

I extend my thanks to the plentiful, lively, and knowledgeable audience who came came to enjoy Stephen Porter’s profound and subtle musicianship in the magnificent Library at the House of the Redeemer, or Fabbri Mansion. The shelves, panelling, and ornament of this Library, one of the most extraordinary spaces in Manhattan, were transported from the library of Francesco Maria della Rovere II at Urbania, built in 1607-08 to the designs of the Roman architect, Pietro Vanni, with the shelving by Nicola Sabbatini.1 This extraordinary building, a recreation of a Florentine palazzo, which moves one as much as any on native ground, was mostly the creation of Egisto Fabbri, the brother-in-law of Edith Shepherd, the great granddaughter of Commodore Cornelius Vanderbilt, who was married to his brother Ernesto. Although a New York architect signed the designs, Egisto, an aesthete and mystic, who amassed one of the largest collections of Cézanne in his time, played a significant, and possibly comprehensive role in the design. It was he who procured the panelling and stonework from Urbania. This was a rare opportunity to visit one of the most extraordinary rooms in New York City. I believe Egisto would have be fully satisfied with Stephen Porter’s recital, and in fact deeply moved. The Program Late Style Stephen Porter, piano Claude Debussy – Étude ~ “Pour les arpèges composés” Étude ~ “Pour les sonorités opposées” Poissons d’or Frédéric Chopin – Nocturnes, Op. 62 Ludwig van Beethoven – Bagatelles, Op. 126 Intermission Franz Schubert – Sonata in B-flat major, D. 960 More about Stephen Porter In the 2013-14 season, pianist Stephen Porter’s all-Beethoven recital is called “a transcendent experience…Late Beethoven at its best” by New York Arts. His solo appearances in the past year include La Cité des Arts in Paris, the Sala Villa-Lobos in Rio de Janeiro, Harvard University, the Boston Early Music Festival, the Composer’s Voice concert series in New York City, and Sarajevo as the featured soloist of the 8th Bosnia International Music Festival. In 2012 he was named artist-in-residence of the Cité Internationale des Arts in Paris, and invited to perform the music of Claude Debussy during the composer’s 150th birthday year. His complete piano Preludes of Debussy in Paris, Sarajevo and the United States were critically acclaimed as “masterful…everything is graceful and appropriate” (Boston Musical Intelligencer), which led to an invitation to Washington D.C. to be the featured guest on National Public Radio’s Diane Rehm Show. Mr. Porter has been heard in recital at Albert Long Hall in Istanbul, the Rockefeller Foundation at Lake Como, and as guest soloist with the Amadeus Orchestra of London at LSO St. Luke’s. He premieres the music of contemporary composers both here and abroad, and has just recorded the works of Toni Lester with bass-baritone Dashon Burton (2014 Grammy Award Winner). His current recital program “Late Style” contains final masterpieces by Beethoven, Chopin, Debussy and Schubert. The press has called his performances of Schubert’s last piano sonata “superb” (St. Louis Post-Dispatch), “extraordinary…compelling and moving” (Berkshire Review), and “a revelation…disturbingly beautiful” (Early Music America). Stephen Porter is a graduate of Oberlin College magna cum laude and the New England Conservatory of Music in Piano Performance with Distinction. His teachers were Peter Takacs, Jacob Maxin, and Paul Doguereau, the protégé of Ravel.

Support this event and ensure that New York Arts can continue to present our unique series of concerts, readings, symposia, and exhibitions in the future by making a tax-deductible donation—not to mention our in-depth coverage of all the arts in New York and the world!

As with most classical concerts, ticket sales are not enough to cover our expenses! Your tax-deductible donations to the Arts Press will make it possible for New York Arts to continue its innovative series of performances, exhibitions, concerts, and symposia…especially to bring Stephen Porter back to New York to perform and ambitious, unique Debussy program! 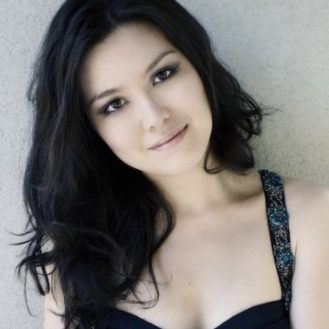 Introducing Weiyin Chen, who will play Bartók, Marc Neikrug, and Schubert at SubCulture on June 13 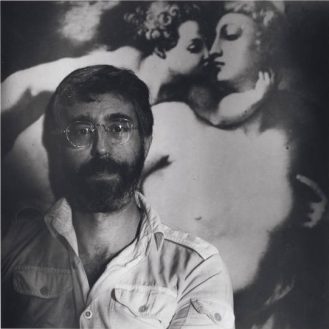 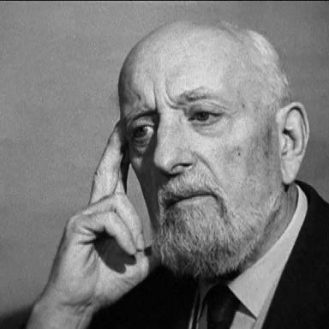