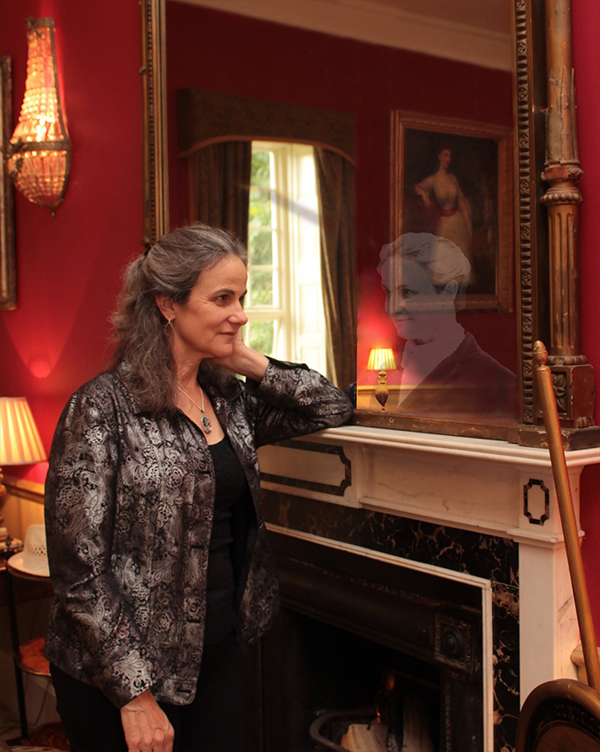 One of the most imaginative and moving solo shows I have seen is Vivian Nesbitt’s The Bark and the Tree, which won the award for Best Documentary Play at the 2013 United Solo Festival. Ms. Nesbitt and her show will return on October 9 at 7.30 after a much-fêted sold-out performance at Headford, Co. Galway. Not to be missed! To buy tickets, click here.

Vivian Nesbitt, born in Ohio and currently active in Albuquerque New Mexico, where she is Director of the Sol Acting Academy, studied acting in New York, and has been working in theater for many years as an actor, writer and teacher. Her play, The Bark and the Tree, is substantially autobiographical, but it transcends her personal perspective and the specifics of her own life into potent themes, like what is passed down in families, ancestry, history and its deliberate remaking, one’s debt to the past, art, creativity, and, ultimately, our spiritual lives, which form a continuum beyond life and death. She addresses all this from deep personal experience, which gives all these different aspects of her play substance and ballast, so that one would have to be a total clod, or stone drunk, not to be engulfed by her story and enlightened by it. You know what it’s like when the faeries and leprechauns come out. I assure you there are none of them here.

There is only Vivian and her ancestor, Eva O’Doherty, who was renowned as “Eva of the Nation” during the years of the Potato Famine and beyond. In her youth Vivian set out to find Eva in her home town, Headford, Co. Galway, familiar to many as the location where John Ford filmed The Quiet Man with John Wayne and Maureen O’Hara. Her initial attempt to connect with Eva developed into a complex, ultimately nurturing relationship, leading to a direct meeting on a spiritual plane. Both women are powerful characters, and this encounter was profoundly stirring.

Eva Kelly, as she was known before her marriage to the Irish revolutionary, Kevin Izod O’Doherty, published her first poem in The Nation, the great Irish nationalist newspaper, which flourished from 1842 to 1900, with an interruption in 1848, when the authorities suppressed it, as a teenager. It was called “The Banshee,” based on a traditional family tale. She settled into a patriotic vein and signed her poems “Eva of the Nation.” Today, she is best remembered in Galway as a local patriot, and the quality of her verse is not self-evident to all, but there is no doubt that she gave much comfort and inspiration to Irish patriots in the mid-nineteenth century. She met O’Doherty and became engaged to him, but he was transported to Van Diemen’s Land in 1848, and she had to wait ten years to be reunited with him and married. When he was released, O’Doherty came to Ireland illegally to meet her, since his terms of release forbad him to reside in Ireland. They lived in Paris for awhile and were eventually able to return to Ireland and settle in Dublin. Eventually they returned to Australia, and spent most of their remaining lives in Brisbane, with occasional trips back to Ireland. What astonished Vivian Nesbitt so much about Eva was that she was able to wait years for her man, and that she was able to give up her identity—and apparently work—as a poet, when they did finally marry and settle down. Vivian’s solutions to these puzzles are deeply thought out and astonishing in themselves. 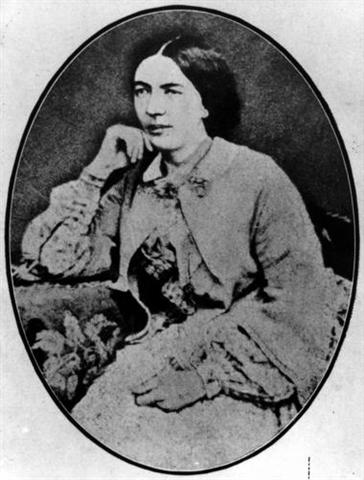 So the young Vivian put her savings together to visit Ireland. After her arrival, she happened to find a listing in a tourist magazine of a B&B in Headford which claimed to have been Eva of the Nation’s ancestral home. Of course that was where she had to go. However, when she attempted to book a room, the woman who answered the telephone denied that the house was a B&B and that it had any connection with Eva of the Nation. Vivian went anyway. Once there, she was able to get some intelligence, help, and some late-morning tots of whisky from a local barmaid. Eventually she met the woman she had spoken with on the phone at the house, which was in fact where Eva grew up, and she formed a rapport with her, over numerous gin and tonics. This woman turned out to be an alcoholic whose particular form of denial focused on Irish Catholic patriots. Hence her revisionist view of the history of her own home, which was, in spite of her protestations, a B&B. Vivian didn’t accomplish a great deal on this visit, but she continued to seek out Eva, until they finally met. If Vivian was impatiently waiting for Eva, Eva was even more impatiently waiting for Vivian.

This rich, profoundly moving Bildungsschauspiel was full of atmosphere, both Irish and internal. Ms. Nesbitt not only writes magnificent prose for the stage, rich in many different registers, from straightforward and angry to dreamy and Romantic, she acts with powerful conviction, honesty, and passion. The combination makes for an unforgettable experience, and, for those whose relationship to art and artistic work is important to them, transformative.

Good news! The United Solo Festival, where her play won the awards for best documentary play and best lighting (to lighting designer Karen Perlow) has invited Ms. Nesbitt to repeat The Bark and the Tree at the 2014 festival, as well as to perform a new show on which she is at work. I advise you not to miss either of these, and to admire at first hand the genius of this extraordinary actor and writer. 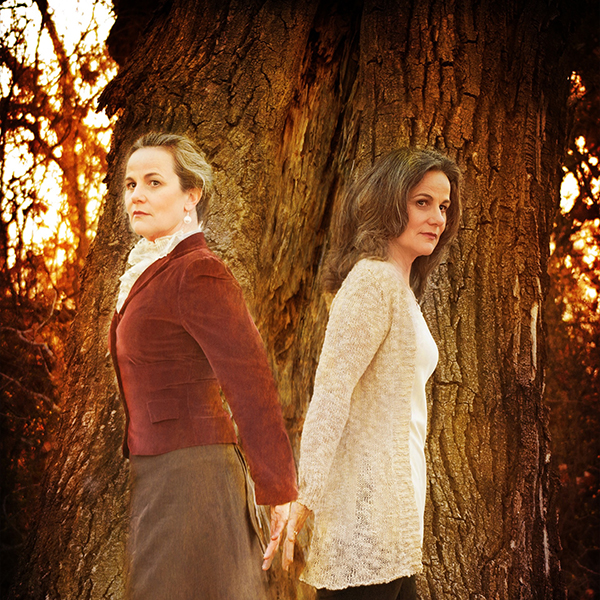 Photography and Place at the Art Gallery of NSW

Towards Bikeopolis, Part 2: The Berkshire Review Guide to Enjoying your Bicycle