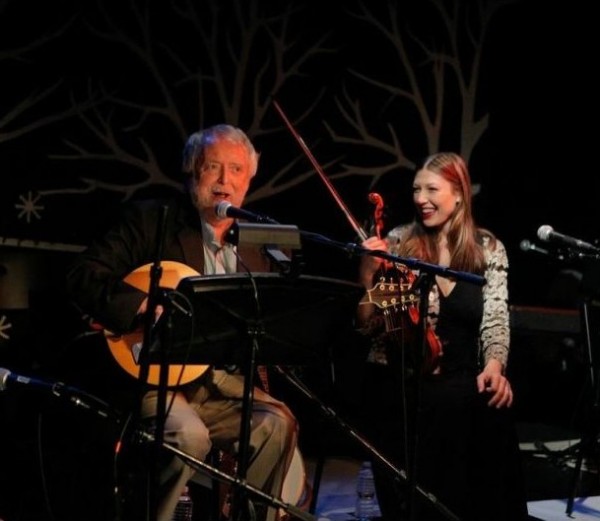 Mick Moloney and Athena Tergis in An Irish Christmas

One can be thankful that it really is possible to ignore the worst excesses of the Holiday Season if one stays away from Midtown and shuns the Media, but it is discouraging to realize that many of the traditional aspects of it which give us the reassuring glow of tradition are in fact clichés, worn-out, empty rituals we attend because there’s nothing better around. A few brass instruments and kettledrums in church don’t really make a difference. A recent weekend in Bethlehem, Pennsylvania, however, showed how lively the Season can be, if one really understands its importance, like the Moravian Protestants who make the Star of Bethlehem their central symbol, celebrate with a gusto seldom found anywhere else, from earnest in the pews to some prodigious eating and drinking.

Thursday evening at Symphony Space, however, on our own Upper West Side, this encouraging path of experience went a step further in the incomparable program, An Irish Christmas: a Musical Solstice Celebration, organized by the Irish Arts Center. The core of this event is traditional Irish music, as it evolved in homes and pubs over the years, performed by top-notch musicians, some Irish immigrants living in New York, and some from abroad, on the stage at Symphony Space. Led by Mick Moloney, who introduced most of the numbers, and Athena Tergis,

Billy McComiskey, accordionist, Liz Hanley, fiddler and singer, Donna Long, pianist, John Roberts, guitarist and singer, and Niall O’Leary, dancer, generously served up a feast of Irish music and dance. Two guests, Grace Nono, singer of traditional Philippine chant, and jazz singer Tamar Korn, added some of what one might consider foreign, even exotic elements, and one can welcome the contrast, but in a way the gesture was entirely Irish, since the Irish, as a people of diaspora, have spread out over the world and made it their own. Tamar Korn, with assured charm and crack musical chops, sang vaudeville tunes from the early twentieth century, in English, Hebrew, and Yiddish, as well as Hanukah songs. The Irish perceive a kinship with Jews, since both came to America as permanent immigrants and flourished here, and they can identify with Filipinos, as a people who have been colonized. The shamanic chants Grace Nono sings are scarce, neglected like many cultural traditions in the Philippines. She has had to find them through research and travel in her native country. The chants and songs she sang were spell-binding and exceedingly beautiful, well worth an evening in their own right.

Two special guests sauced the roast. Author Colum McCann read a story about Christmas among his prosperous family in suburban Dublin, and Gabriel Byrne talked about his latest film, The 33, about the trapped Chilean miners of 2010, and read a splendid medieval Irish poem.

This was all engaging and outstanding in quality, but what made the evening special was the total absence of cliché and the generous all-embracing perspective of the Irish as a world people. In addition to tradition and cheer, there was a sincere feeling for the season, mostly secular and mythical, intelligence, and a desire to communicate the moral and social lessons of Christmas—without clichés or sentimentality. I came away with the feeling that this might be the music, recitation, and conversation one might hear in an Irish home over Christmas. Perhaps it was all summed up in their spirited rendition of “The Wren, the Wren, the King of All Birds.”

There will be further performances December 20th and 21st, with different special guests, and you’d be a fool to miss it. Buy tickets here. 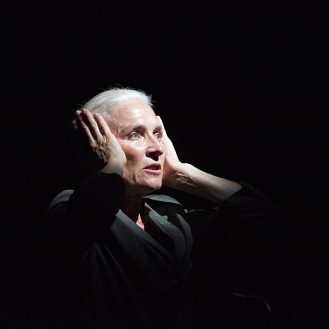 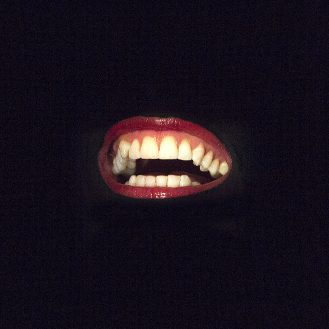