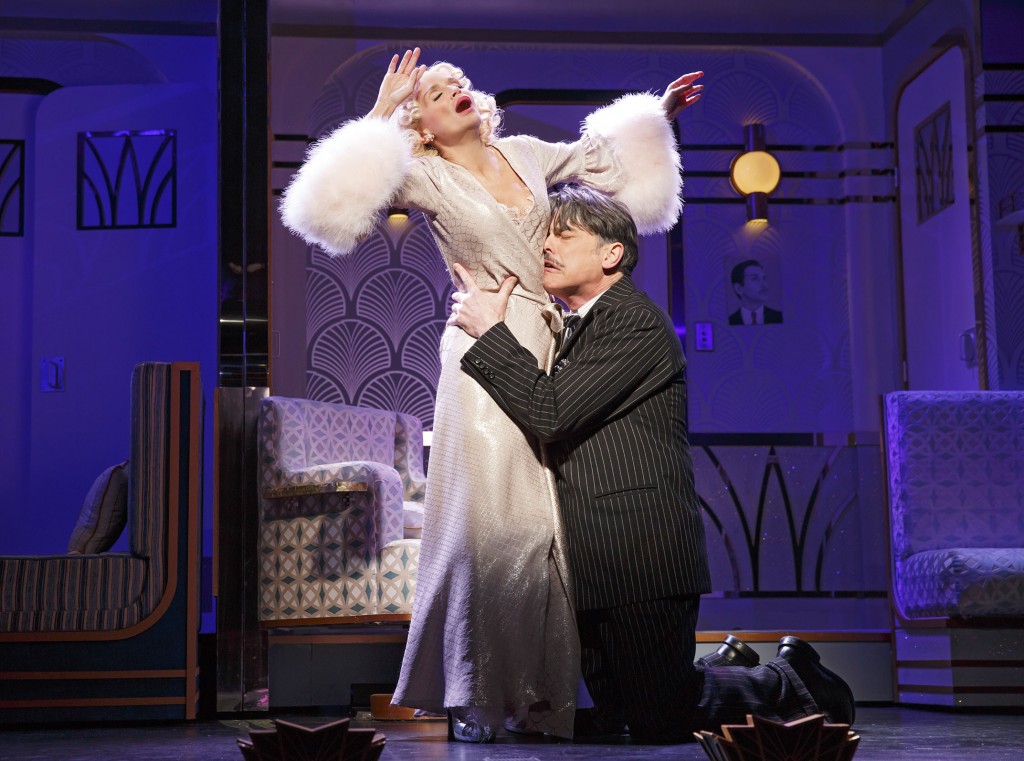 Kristen Chenoweth and Peter Gallagher in On the 20th Century. Photo 2015 Joan Marcus.

Roundabout Theatre Company’s
On The 20th Century
Through July 5, 2015

A main curtain that challenges the Chrysler Building in Art Deco beauty. Four luggage-tossing, red-capped porters who tap dance and sing their way across the stage. Then the big reveal of the huge 20th Century Limited train itself—blue-gray metallic, slanted out toward the audience under the black iron and glass ceiling. Surely this set, which appears only once in the show, is the most magnificent Broadway has seen in years.

All of this splendor is in anticipation of the appearance of the egocentric actress Lily Garland, whom we meet first as the plain, ditzy Mildred Plotka in a flashback. Lily is played by the actress/singer/dancer comedienne/4’11” energy machine for whom this production of On The 20th Century was mounted: Kristin Chenoweth. Although she does not disappoint and may be the star of this show, she is not the best thing about it. The scenery, the costumes, the choreography, the witty direction, and even sometimes even another performer outshine her.

Chenoweth is recreating the role originated by Madeline Kahn. Kahn was inherently funny. She could stand still and stare out into the theatre and make an audience howl. Chenoweth has to work at being funny. We see and feel her try—and that can sometimes be trying. Even with her huge soprano voice, and her fine comic timing, we cannot help but wish for a less frenetic performance.

To better understand the above, a brief review of the plot—what they call “madcap” and might also be known as “farce” or even “silly”—is in order. The year is 1932. Oscar Jaffee, a Broadway producer (a wonderfully fanatical Peter Gallagher) is on his way from Chicago to New York via the 20th Century Limited train accompanied by his press agent and business manager (the fine Mark Linn-Baker and Michael McGrath). Jaffee’s show has just flopped, and he is bankrupted. He finagles his way into an adjoining drawing room next to Lily Garland (Chenoweth) and her boy-toy-of- the- moment, Bruce Granit (the hilarious, scene-stealing Andy Karl). Jaffee hopes to snag Garland for his new show, whatever it might be, and rekindle their past romance.

Loose on the train is a lunatic who is putting “repent” signs on passengers’ backs and all over the train. The lunatic, Letitia Peabody Primrose (the theatre legend Mary Louise Wilson) also claims to be fabulously wealthy and writes a $200,000 check to Jaffee. (This action warrants its own song “Five Zeros.”) There’s also a song when it’s revealed that Primrose has escaped from an asylum, “She’s a Nut.” So typically Comden and Green.) Lots of doors slam, people disappear and return in fabulous costumes, and everything ends well. “Madcap” indeed.

Comden and Green wrote the funny book and lyrics and Cy Coleman the music for this show that was originally mounted in 1978. Comden and Green also wrote On The Town (coincidentally being revived a few doors away), Wonderful Town, Bells Are Ringing and many more. Although On The 20th Century won Tonys for best book and best original score, this is not their finest show. The songs certainly work well but one wouldn’t rush out and buy the cast album.

But the show is entertaining and a great deal of fun. Most of the credit goes to Scott Ellis for his perfect direction. Warren Carlyle for his exciting and original choreography. The lauded William Ivy Long for his dazzling costumes. David Rockwell for the stars of the show, his sets, and Donald Holder for lighting design. Kevin Stites is the musical director.

Kristin Chenoweth works her petite little butt off almost non-stop, holding nothing back. Peter Gallagher raises his eyebrows to reveal maniacal eyes and Andy Karl, is a comedic master and received well-deserved laughter with every piece of shtick. Mary Louise Wilson was perfectly and earnestly silly in her role.

And yet …. Imagine a televised fireworks spectacular with famous singers in front of the Statue of Liberty to celebrate June 3rd. Why celebrate June 3rd you might ask. June 3rd is the birthday of Garret Hobart, the 24th vice present of the United States under William McKinley. Historic for sure, but just not a holiday on which to build such a lavish and beautiful celebration. 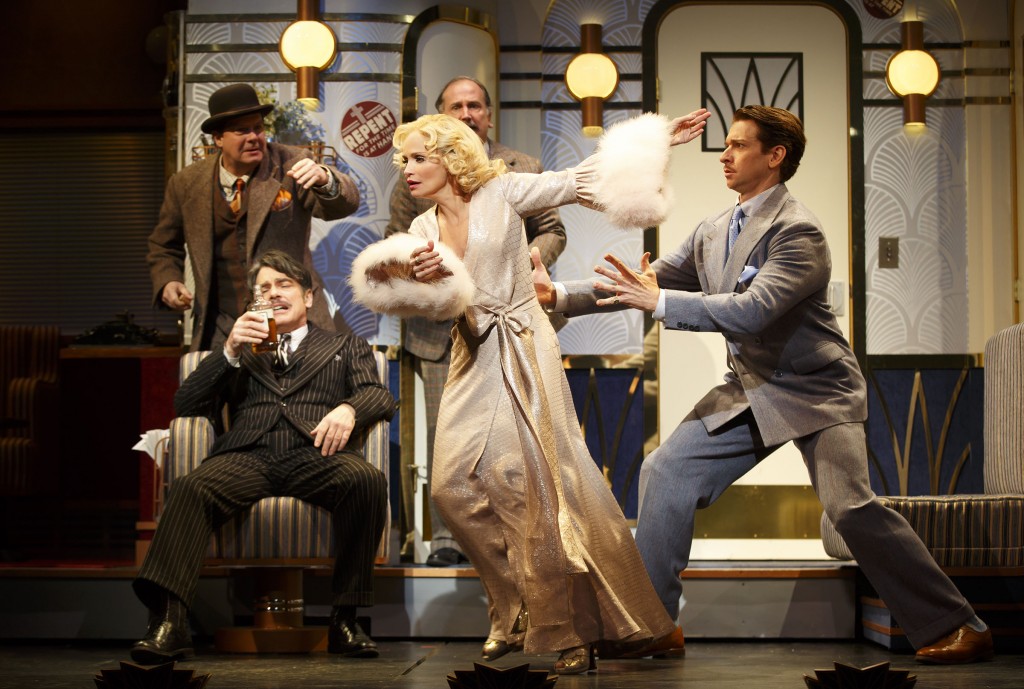 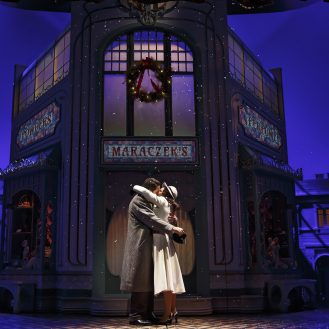