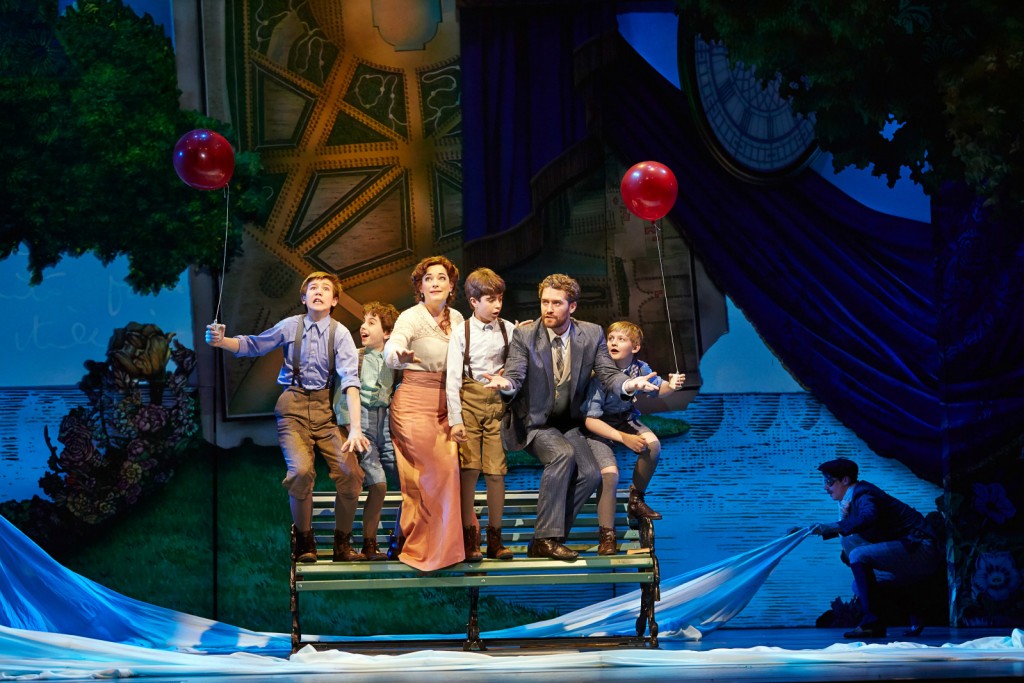 Finding Neverland —a New Musical at the Lunt-Fontanne Theatre

How much Peter Pan is too much Peter Pan?  We’ve been inundated for decades. The Mary Martin  Peter Pan was later followed by Cathy Rigby in the same show. Then came Peter and The Starcatcher, “a grown-up’s prequel to Peter Pan.” This past holiday season Peter Pan was performed live on television. Somewhere in there was the movie of Finding Neverland and now —the Broadway musical based on that movie.

In anticipation of seeing the show, it all seemed a bit much—until at a preview of Finding Neverland the theatre lights went down, and a Tinkerbell light flashed throughout the audience. Numbed by all those Peter Pans or not, the effect was charming. Suddenly the purple and blue paisley curtains parted and a Peter character leaped about the stage with joy; even more charming. When Matthew Morrison appeared as J.M. Barrie trying to find a new play inside himself—and he started singing (his beautiful voice is too long absent from Broadway)—we were hooked. Until we weren’t.

Finding Neverland is Barrie’s story. He was a blocked playwright in Victorian England. Only when he met the boys of the Davies family in London’s Kensington Gardens, particularly the youngest, Peter, could he begin to create anew. The boys had recently lost their father, but not their ability to play—all except Peter, who was off by himself on a bench. Barrie befriends the children and they in turn ignite the imagination of his youth. In the park the bench becomes a pirate ship. A bear roller skates. Barrie befriends their mother as well and later he becomes estranged from his mannered wife and falls in love with Sylvia Llewelyn Davis. Time as a corrupter of  youthful creativity is a major theme in this show as are play and fun.

“Boys should never have to go to bed. They wake up a day older,” says Barrie. 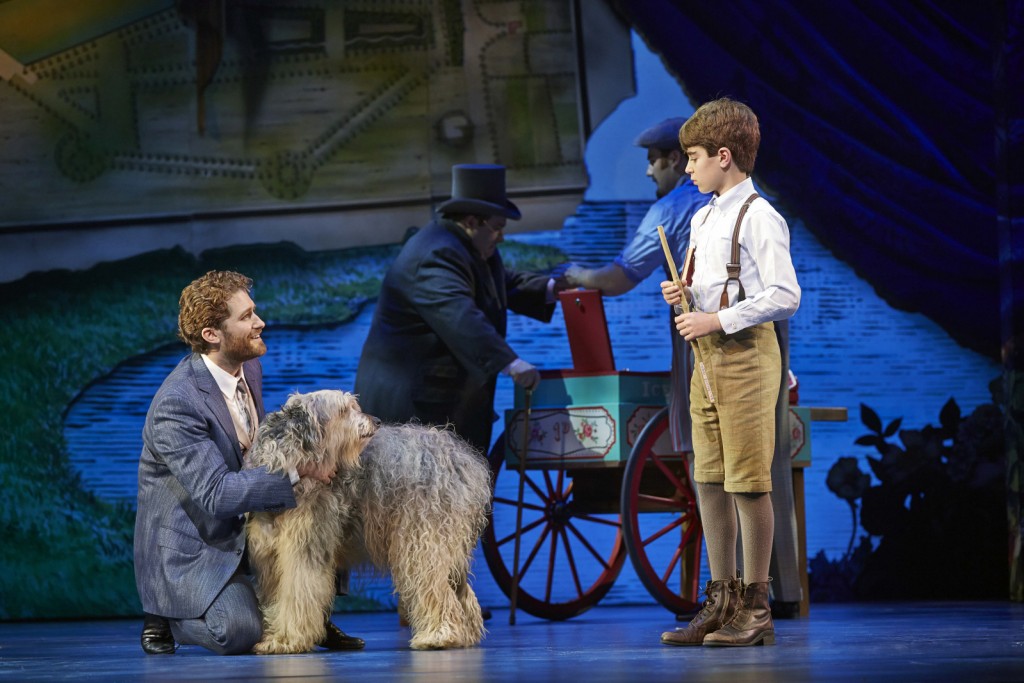 Matthew Morrison is poignant as Barrie. He is on the stage virtually non-stop. With his strong acting and spectacular voice, he carries the storyline and easily reaches our emotions. Kelsey Grammer is, well, Kelsey Grammer, mugging and flailing in the dual role of the curmudgeonly producer Charles Frohman and later Captain Hook. We forgive Grammer—even an aside to the audience when the word “cheers” is mentioned in a bar scene. Laura Michelle Kelly as the boys’ mother has a lovely voice as do Teal Wicks as Barrie’s wife and Carolee Carmello as the boys’ grandmother.

When a musical is about freeing the mind and the imagination, it can inspire inventiveness in all areas of the theatre—scenic design, lighting, music, dance, costume and direction. All of these have been taken full advantage of in this production of Finding Neverland. The sets by Scott Pask are frequently exquisite. Kensington Gardens is reminiscent of Sunday in the Park with George, but it is gorgeous nonetheless. A scene of a London street with stars above and the whole city in the distance is breathtaking.

The music and lyrics by Gary Barlow and Eliot Kennedy, a team from England that were a part of and composed for the group Take That, is surprisingly powerful and melodic. Standouts are a song sung by the boys’ mother, “All That Matters,” “If The World Turned Upside Down,”  a duet between Barrie and the boy Peter, “When Your Feet Don’t Touch the Ground” and the title song, “Neverland.” One wants to hear this music—part rock, part not—repeatedly.

The choreography by Mia Michaels is inventive and compelling, but Diane Paulus, the director, must take credit and responsibility for the exciting and original staging (A dinner party both above and under the table!) that dominates the first act—but is sadly sparse in the second.

The fundamental flaw with Finding Neverland is the book by James Graham. One could forgive the talky scenes in the first act because they advanced the plot and were interspersed with wonderful production numbers. The biggest number in the second act is the final appearance of all the characters from Peter Pan. It is preceded by too much dialogue. A few lovely songs  wanted more exciting staging.

The show eventually became boring and obvious—we’re always awaiting the characters from Peter Pan. It couldn’t decide at the end whether it wanted to be the story of Barrie finding his inner Peter or whether it wanted to be Peter Pan itself. One could accept the real dog on the stage. But the “clap if you believe in fairies” in the second act was just too much.

Finding Neverland  is a musical about Peter Pan. It is not Peter Pan. When the two are mingled, the show becomes confusing and at times cringe-worthy. For its music and dance and costumes and scenery—and for its performers, especially Matthew Morrison—it is well worth seeing. But you won’t miss much if you leave at intermission.