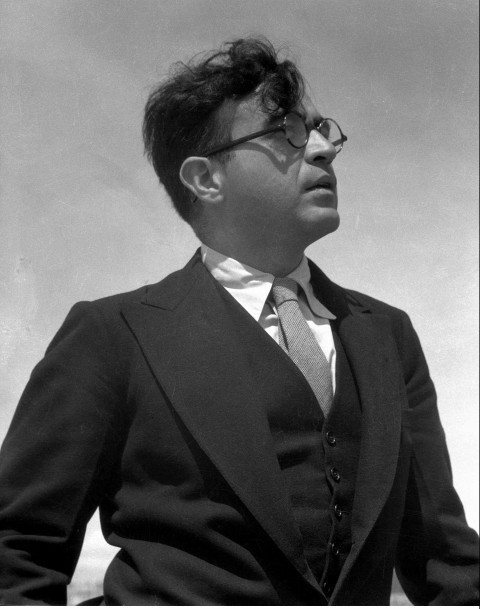 For a complete schedule of the Festival, click here.

This is the first Bard Music Festival, Carlos Chávez and his World, to be devoted to music from south of the border. Up here, Central and South Americans were much more prominent in the classical music world in Chávez’s time (1899-1978) than they are in the present. Today most concert-goers see this music through the window of Gustavo Dudamel and all his good works, and El Sistéma from which he emerged, is all the rage among music educators, possibly destined to become something like a Suzuki method of the twenty-first century. In our grandfathers’ generation, U. S. American audiences were far more likely to hear music from Mexico, Brazil, or Argentina in a mainstream symphony concert or a sophisticated new music program than they are today…and much of the credit for this is due to Carlos Chávez himself, who first visited New York from December 1923 to March 1924, eventually to take an apartment there and become a fixture in the city through his close friendships with Aaron Copland, Henry Cowell, and Edgar Varèse, and others, as well as the many concerts he organized and conducted through the International Composers’ Guild, of which he was a founder, and with the New York Philharmonic-Symphony and the NBC Radio Symphony. Chávez’s presence in New York only grew under FDR’s Good Neighbor Policy, which promoted respect for national sovereignty on the part of the U. S., favorable, unstereotyped views of Central and South Americans, and cultural exchanges like those enabled by Chávez. He taught at the Tanglewood Music Center in 1953 and delivered the Charles Eliot Norton Lectures at Harvard in 1958-59, an honor he shared with Stravinsky, Copland, Sessions, and Bernstein, all of whom were friends and colleagues of his—an indication of how deeply integrated Chávez was in the U. S. American music world. 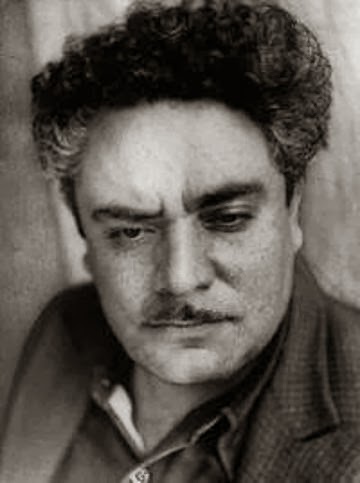 At the heart of Chávez’s connections with New York were genuinely warm friendships and a real communality of background and purpose. Chávez and other Central and South American composers had connections with Paris (either through training or, as in Chávez’s case, a brief, but important visit), maintained lasting ties to the Parisian musical world, above all the Group of Six, and recognized the duty of forging a convincing and viable national idiom from their native traditions and cosmopolitan education. Chávez and Copland were not alone in their generation as explorers of the folk traditions of their native countries, while seeing themselves as leaders in a cosmopolitan avant garde and flexing their intellectual muscles in less popular genres. Carlos Chávez was not only one of the outstanding composers of his generation, both in terms of the Americas and the world, but a teacher, conductor and administrator—in 1947 founding director of Mexico’s Instituto Nacional de Bellas Artes (INBA). Hence the composers who taught, knew, and were taught by Chávez are especially important this year. The range of music is especially broad. Chávez is perhaps best known for his absolute music, but he was fascinated with the Gesamtkunstwerk, especially ballet, and we will hear and see stage works by humself and others. We will hear self-consciously modern and cosmopolitan music, from Paris, New York, and the Americas, as well as music inspired by indigenous and folk traditions. The interests of Chàvez and his Mexican contemporaries were vast in scope. 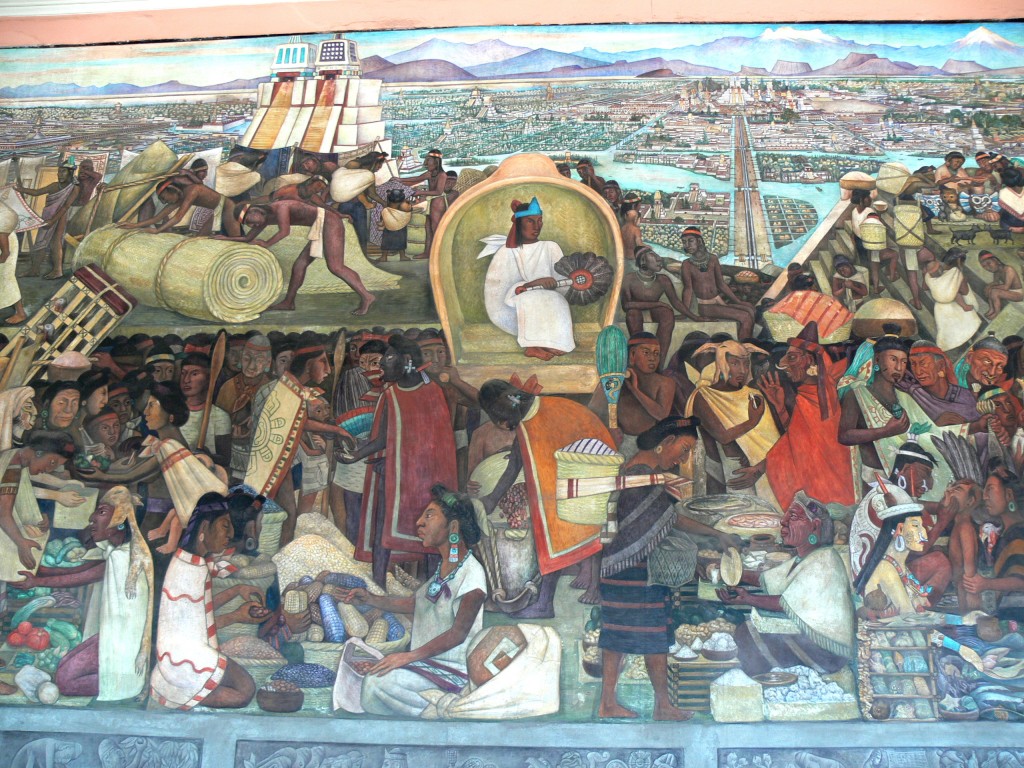 Carlos Chávez’s career also spanned a golden age in Mexican art. Visitors to the Bard Festival will see a splendid sample of its fruits in the program book, which is lavishly illustrated as always. Each Bard Festival, in a way, cries out for an accompanying exhibition, but if it were to do justice to the musical scope of each festival, it would amount to one annual blockbuster after another. The intelligently chosen illustrations in the program do something to fill that gap. Most of the principle artists were prominent in the United States in their time. Rivera and Orozco received commissions for important mural projects in this country, Orozco in the Dartmouth College library and Rivera in The Detroit Art Institute and—most famously—at Rockefeller Center, destroyed by his displeased patron. Again, U.S. artists, especially those of the left, were in sympathy with this large-scale public art, as the many surviving post office murals, many commissioned by the WPA in small and large cities all over the country, attest. The themes favored by this movement were more overtly political than much of the music and stage work, but they also have many areas in common, for example the Pre-Columbian history and culture of Mexico, as well as modern life, with its industry and its machines. Rivera himself designed the first production of Chávez’s ballet H. P. (Horse Power).

The selections of orchestral, chamber, and vocal music handsomely represent Chávez’s best and most important work across the many genres that interested him. Silvestre Revueltas (1899-1940), the U. S.-trained assistant conductor of the Mexico Symphony Orchestra, which Chàvez founded in 1929, looms large in second place, with his colorfully orchestrated, rhythmically sophisticated orchestral pieces derived from popular elements. We’ll also hear from Chávez’s teacher, Manuel Ponce (1882-1948), Paris-trained José Rolón (1886-1945), Chavez’s pupil, José Moncayo (1912-1958), who sought to combine modernism with folk music in such a way that his ever-popular “Huapango” is viewed as an unofficial Mexican national anthem, Julián Carillo (1875-1965), a rival and critic, as well as numerous others. His Parisian friends and influences will be represented by Ravel, Dukas, Stravinsky, Poulenc, and Milhaud, whilst the concert devoted to New York, in addition to the aforementioned Cowell, Copland, and Varèse, includes Dane Rudhyar, Ruth Crawford, Virgil Thomson, Roger Sessions, Paul Bowles, and William Grant Still, among others.

Much of this music will be new to you. Only specialists—and enthusasts like Leon Botstein—really know this music. I can say that the ever-adventurous American Symphony musicians seem to love playing this music, as a bracing performance of a Revueltas work showed a few years ago. Bard’s unique spirit of discovery will shine at its brightest.

For a complete schedule of the Festival, click here. 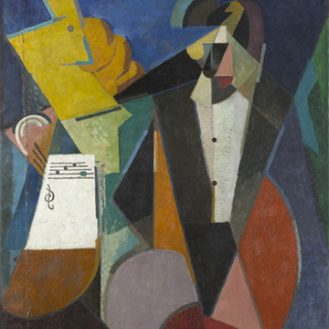 Bard Music Festival, 2013: Igor Stravinsky and his World, Part I 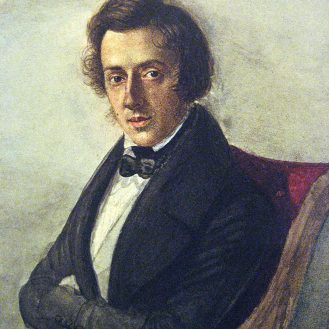 The Bard Music Festival 2017: Chopin and His World—a Preview