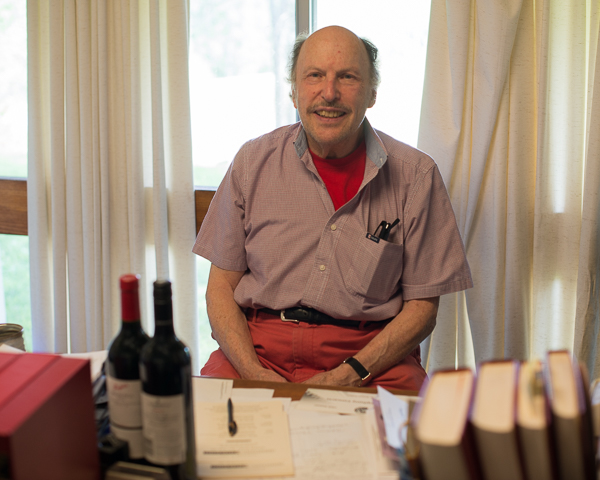 Listen to the interview:

This was yet another splendid summer at Marlboro. For sixty-four years now, first under the direction of Rudolf Serkin, then under Richard Goode and Mitsuko Uchida, now under Mitsuko Uchida alone, Marlboro has provided a unique environment for young musicians of the highest caliber to grow as artists and as people under the mentorship of some of the greatest mature musicians. Their goal and their loyal public’s benefit have been the famous weekend concerts which fill the hall every July and August. Marlboro has been and continues to be the most powerful formative force in chamber music, not only in America, but internationally. Without Marlboro chamber music would not occupy the place it does in our culture, and orchestral musicians would not enjoy the artistic enrichment of having at least one Marlboro summer. I have written extensively on the School and Festival’s history in The Berkshire Review for the Arts and will not repeat it here. (1. Marlboro at 60; 2. Marlboro Music 60th Anniversary Season: an update…)

One person who has stood at the center of Marlboro’s work for most of its history is Frank Salomon. He arrived in 1960 and has worked as its its Co-Administrator with Anthony Checchia ever since. A man of deep knowledge of music and musicians, his talents have extended beyond Marlboro and have reached into several other important organizations, not always unrelated to Marlboro, which have left their own significant marks on the way music is played and enjoyed. At Frank Salomon Associates he is a manager of performing artists, from Sir Simon Rattle to the highly individual pianist, Alon Goldstein. He also manages the venerable People’s Symphony Concerts, founded in 1900, the Schneider Concerts at the New School (formerly known as the New School Concerts), and the New York String Orchestra Seminar, also affiliated with the New School through the Mannes School of Music, which has proven to be the entrée to Marlboro for many of the talented young musicians who have participated. Mr. Salomon likes to call it “the triple A farm team” for Marlboro. And in fact we began our conversation on Marlboro, or rather the autumn-winter-spring component of Marlboro, the concert series in various major North American cities, New York City, Brattleboro, Boston, Greenwich, Connecticut, Philadelphia, Toronto, and Washington D.C. Musicians from Marlboro, which will begin early next month. 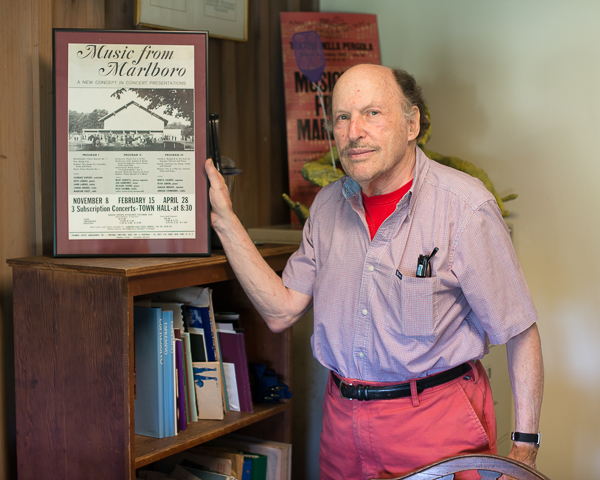 Frank Salomon with the poster of the first Music from Marlboro series. Photo 2015 Michael Miller.

You will find schedules to all of Frank Solomon’s concerts below, with links to the relevant sites.

Listen to the interview:

Greenwich, Connecticut
The Friends Cole Concert Series presents Musicians from Marlboro in a popular series of concerts at the Greenwich Library’s Cole Auditorium. The Friends Cole Concert Series is made possible through the support of the Sylvia and Leonard Marx Foundation and the Friends of Greenwich Library.
Website: www.greenwichlibrary.org
Box Office: 203-622-7938
Tickets: Free admission

Washington, DC
Three Musicians from Marlboro concerts are presented annually in Washington, DC at the Smithsonian Institution’s Freer and Sackler Galleries. All performances are free of charge and take place in the Freer Gallery’s Meyer Auditorium.
Tickets are required and can be obtained through Ticketmaster beginning the second Monday before each concert and at the Meyer Auditorium one hour before showtime.
Website: www.asia.si.edu/events
Box Office: 202-397-7328
Tickets: Free tickets can be reserved through Ticketmaster. Up to four tickets per person can be reserved for a service fee of $2.75 per ticket and $1.25 per order.

Musicians from Marlboro Performances this Season:

Philadelphia, Pennsylvania
Musicians from Marlboro is presented annually at the Kimmel Center’s Perelman Theater by the Philadelphia Chamber Music Society.
PCMS – one of the largest and most revered series in the country – was founded in 1986 by Marlboro administrator Anthony Checchia. Since that time, the series has grown to over 60 annual concerts, including outstanding chamber music, vocal, piano, and mixed ensemble programs.
Website: www.pcmsconcerts.org
Box Office: 215-569-8080
Tickets: $24 or less by subscription 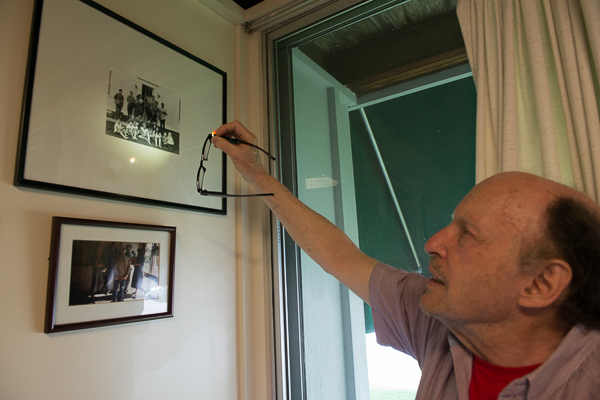