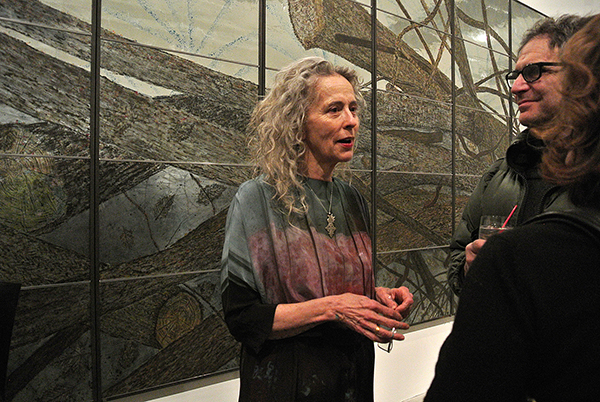 At the IFPDA Print Fair on Saturday, November 7 at the Park Avenue Armory in New York, curator Wendy Weitman spoke to Kiki Smith about what informs her printmaking practice and its inherent connection to her sculptural work. Smith’s popularity was obvious in the line of people that snaked through the entrance hall of the Park Avenue Armory, waiting to enter the Board Officers’ Room to hear her speak. Extra chairs were set up in additional rows to accommodate the crowd, while many still stood along the walls. Smith and her multidisciplinary practice have been dissected and examined time and again throughout her decades-long career. She is a sculptor, a printmaker, a photographer. She is innovative and unconventional. Her work relates to the natural world, the human condition and the human body, what it means to be a girl, a woman, a feminist. But throughout the interview Smith tended away from an outright analysis of her works or attempts to derive deeper meaning. It seems that Smith resists a simple explanation of her work and prefers to let each piece speak for itself. And instead she discussed the fascinating processes by which she created each work that Weitman flashed on the screen: her prints as well as how she cannibalized forms from her printmaking and transformed them into her sculptural practice.

While she avoided discussing the meaning of her works, Smith did mention origins and catalysts, naming a time from her childhood that influenced her working method: she and her siblings would come home from school and create tetrahedron paper models for their father, sculptor Tony Smith. It was through these paper models that Smith realized a love for working with paper in both two- and three-dimensions. Repeating images, she said, as in Untitled (Baby’s Heads) (1990), a screenprint of twenty-one identical baby heads, originated from this activity as well.

Printmaking and sculpture are linked. Both are often collaborative, employing the skill of expert craftsmen, and working with specialized tools that each medium requires. This is especially true of Smith and her work, as she brings an inventiveness and physicality to everything she creates. The process of making matters very much to her. The transformative nature of printmaking and sculpture draws Smith in, enabling her, unlike in painting, to focus on mark-marking and impressions, to make a mark first, then have time to reflect, react, and assimilate to how else that mark should be treated, or even burnished out. Making something in a mold or transferring a print forces her to consider her intention and to have a relationship with the result. She delights in the ability to move forward and backward in her mark-making, particularly in etching due to copper’s fluidity as a medium. The more she manipulates the matrix (the mold in sculpture or the plate in printmaking), seemingly the more life she puts into the end product. There is a sacredness in both printmaking and sculpture: her physical labor adds value and meaning to the finished work.

While she works in elaborate, highly-skilled methods of printmaking—etching and lithograph—Smith doesn’t shy away from the more pedestrian procedures, like photocopying. There is no hierarchy in her practice, and she often uses the different methods throughout a singular work or collection of works. While working on lithographs at ULAE (Universal Limited Art Editions) Smith would photocopy her breasts when bored, creating secret, “other” prints, copying her breasts until they were thoroughly abstracted, then later transferring these images to a lithography plate to be used in other works. She utilized other unique methods as well. While learning how to make lithographs, she was once told to “just bring [herself]” and what has followed are myriad works where she has featured her self not only in self-portraits, but as fully integrated into the process of creating. For Sueño (1992), a large etching of a human body curled inward, sinewy muscles defined, she lay on a copper plate and had her body traced to create the work she considers a portrait of her sister Beatrice, who had died four years prior. Other times, Smith used her body out of convenience and necessity. Untitled (Bowed Woman) (1995) is a sculpture resembling a crucified figure bent at the middle, hair cascading over the legs. Smith did use her own body to cast parts of the sculpture, but only because her neighbor, the original model, was unavailable for the rest of the work.

Smith also told of the unique way she made My Blue Lake (1994), a print of her face, hair, neck, and shoulders, blue and stretched out across the canvas. At the time, the British Museum was using a specialized camera to take 360-degree photographs of amphorae. Smith sat in the place of an amphora on what she described as a giant lazy Susan while the camera shutter clicked away, capturing and flattening her features into a cool, blue landscape.

Anyone familiar with her work recognizes the repetition and re-emergence of not only themes, but forms: from organs to animal, and from stars to branches. Smith maintains a relationship with the continuity of her art, reusing images from print to print, print to bronze, print to low relief sculptures, treating the print as the matrix for later works. While she could very well redraw the image or sculpt the form anew, she prefers to trace her prints to retain something special in the image, a sense of purity or, similar to the physical work invested into creating, there is sacredness in the repeated form. During the interview she described taking a print, tracing it onto wax, and sculpting from that tracing; the print idea precedes the sculptural idea in three dimensions. This method can be seen in her current work featuring branches and trees, where direct images from her sculpture also appear in her printmaking.
Weitman’s interview was an engaging discussion of ​Smith’s process. She is deeply committed to the fact that a work of art exists as an entity on its own, and while art can be a manifestation of what is inside an artist, she resists simple explanations and forces the viewer to come up with his or her own meaning. And by examining the physical processes by which Kiki Smith creates her art, we recognize a great integrity and authenticity in her practice that is inherent throughout her prints and sculptures.

Blanca del Castillo is an arts administrator living in New York City. She studied Art History and Asian Studies at the College of the Holy Cross and received her MLitt in Art History from Christie’s Education in London. Her focus has been on non-western art, particularly traditional Indonesian textiles, Buddhist art in meditation practice, and art created on the Jesuit missions to China and Japan. 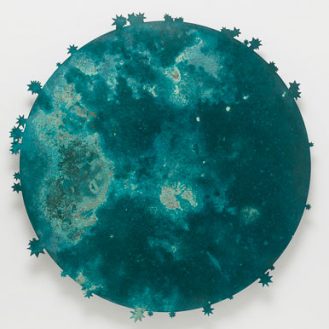 Kiki Smith: Fantasy and Desire at the Neuberger 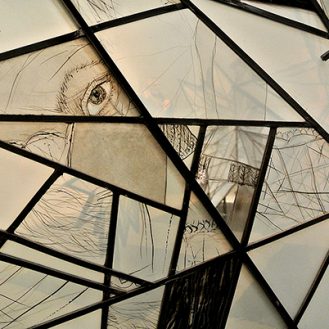 Kiki Smith at the Pace Gallery 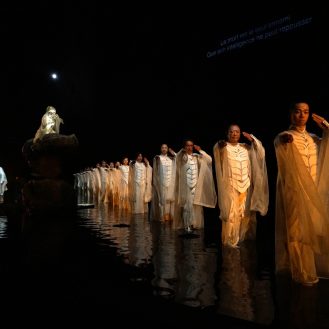