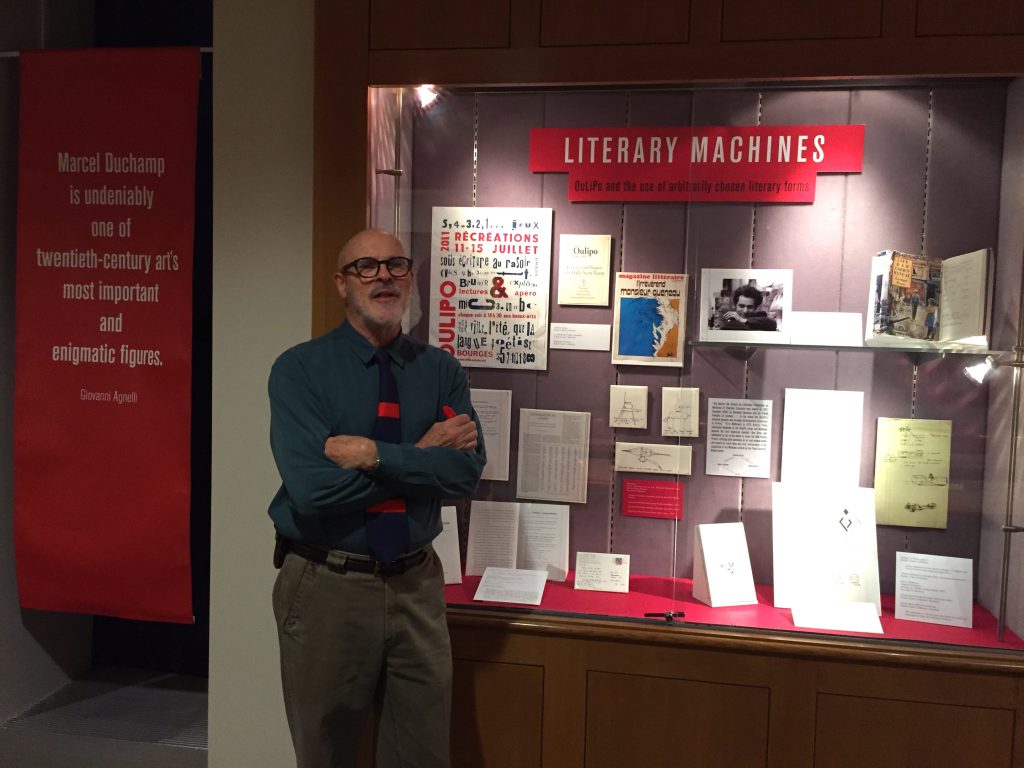 Dan Rose in the gallery

Through Dan Rose’s initiative, the Kislak Center has now acquired the collected papers of Harry Matthews the first American member of Ouvroir de Littérature Potentielle, or Oulipo, a group of mostly French avant-garde novelists and poets who invented or revived techniques that influenced the trajectory of 20th and 21st century literature.

During his introductory talk at the opening, Dan traced the lineage of Raymond Roussel, Marcel Duchamp, George Perec, and Harry Matthews to their influence on his own work… among which was his opus The DNA Photon Project from the 1990’s, “a novel in three dimensions,” which Grey later developed into an electronic radio drama. Inspired by the human genome initiative The DNA Photon Project parodied a clandestine fictitious conspiracy by international big science to populate the universe with human DNA via a technique of photonic transduction.

Photon Ecstasy (HD 7924), a brief performance at the opening, and the world premiere of Photon Ecstasy, three weeks later, appeared to amplify and illuminate the DNA Photon Project. Grey and Morneau dressed in lab coats with interactive light, musically, photonically, and sonically, may have propagated DNA into and beyond the exosphere out to the galaxy and beyond.

Photon Ecstasy is a concert-length performance for spoken word, trombone, interactive light and electronics—including the beeps of subverted video game systems, samples from the NASA audio collection, and the randomness of the benjolin modular synthesizer.

The Photon Ecstasy Songbook—a beautifully understated piece of brown paper graphic designed narrative accompanied the avant-garde digital sound and light performance. The words and language in its poems morphologically and phonemically evolve the further they get away from the earth and into other galaxies, fictionally speaking, of course. These, along with other Oulipo-like interventions result in…

From MINUS 1:
Hum conceive a prohibitor to use ligger to transmit human CMZ to the trillion-trillion worky of the universarian.

Each time I re-explore the pamphlets, poems, and listen to the rehearsals on the l’Ao website, there’s more to be moved and impressed by, to learn from, and snicker about.

Secret Century, Between Then and Now
I first met Dan in 2008 in the town of Adams, in Berkshire County in Massachusetts when he asked if I’d help organize an exhibition called Secret Century, parts of which included a re-enactment of The DNA Photon Project. When I first walked into Bob’s Used Furniture and Appliances, aka Pure Theory, I wondered how a virtual boxcar full of things and ideas had been amassed by Dan over the years, some realized in research papers, or art paper itself, a geologist’s fascination with dirt, minerals, and soil, books, scholarly books, rare modified automobiles, stacks of Road and Track magazine, artists’ books, pamphlets, outsider art objects… found or ferreted out in odd places along the Rust Belt or in New England. Some have since been destroyed, some survived or are being created—drawings, photographs, videos, events and materials that together defy orthodox classification. Follow this link to Secret Century: Greylock Arts: Past Exhibit › Dan Rose: Secret Century

Dan Rose is the incarnation of wry eccentricity and compulsive je ne sais quoi mischief. For example, the objects for the DNA Photon Project, where many of the devices had a corporate name related to light physically stamped into them by their manufacturers. LA LUNA, BRADFORD LUX, etc. could only have come about by directed yet serendipitous dumpster diving, and later contextualization into his opus 3D book/installation. Some of the works included The Bradford Lux Unified Field Illuminator, The Tokyo Starfield Explorer Model II, The Gamma Transformation Unit, The DNA Photon Transducer Relay Module, The Los Angeles Luna Galactic Emitter Station… a parody of SPACE AGE linguistic agency that entered our collective vocabulary from the 1960’s onward.

Finally, there’s Dan’s dual identity as a cultural anthropologist and retired professor emeritus of landscape architecture at Penn, a career path inspired by how cities and neighborhoods grow, but one that is equally dismayed with how we’re adversely affecting the greater earth’s ecosystems in this Anthropocene Era. An especially elegant foldout tiny booklet in the collection called The Four Questions asks:

This Dan Rose collection has been compiled and carefully catalogued and impressively realized and will be exhibited through March 10th 2017. 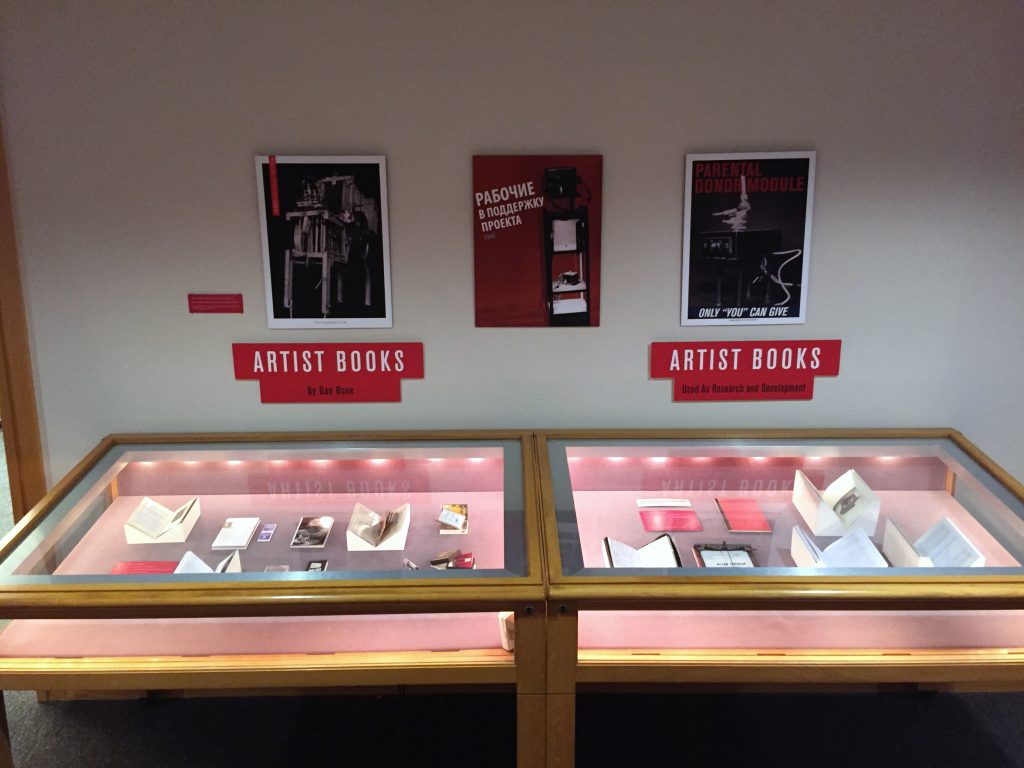 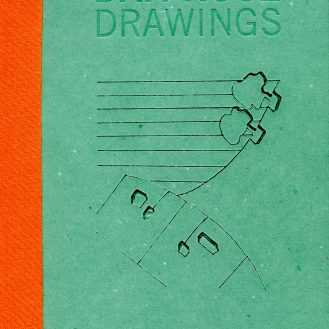 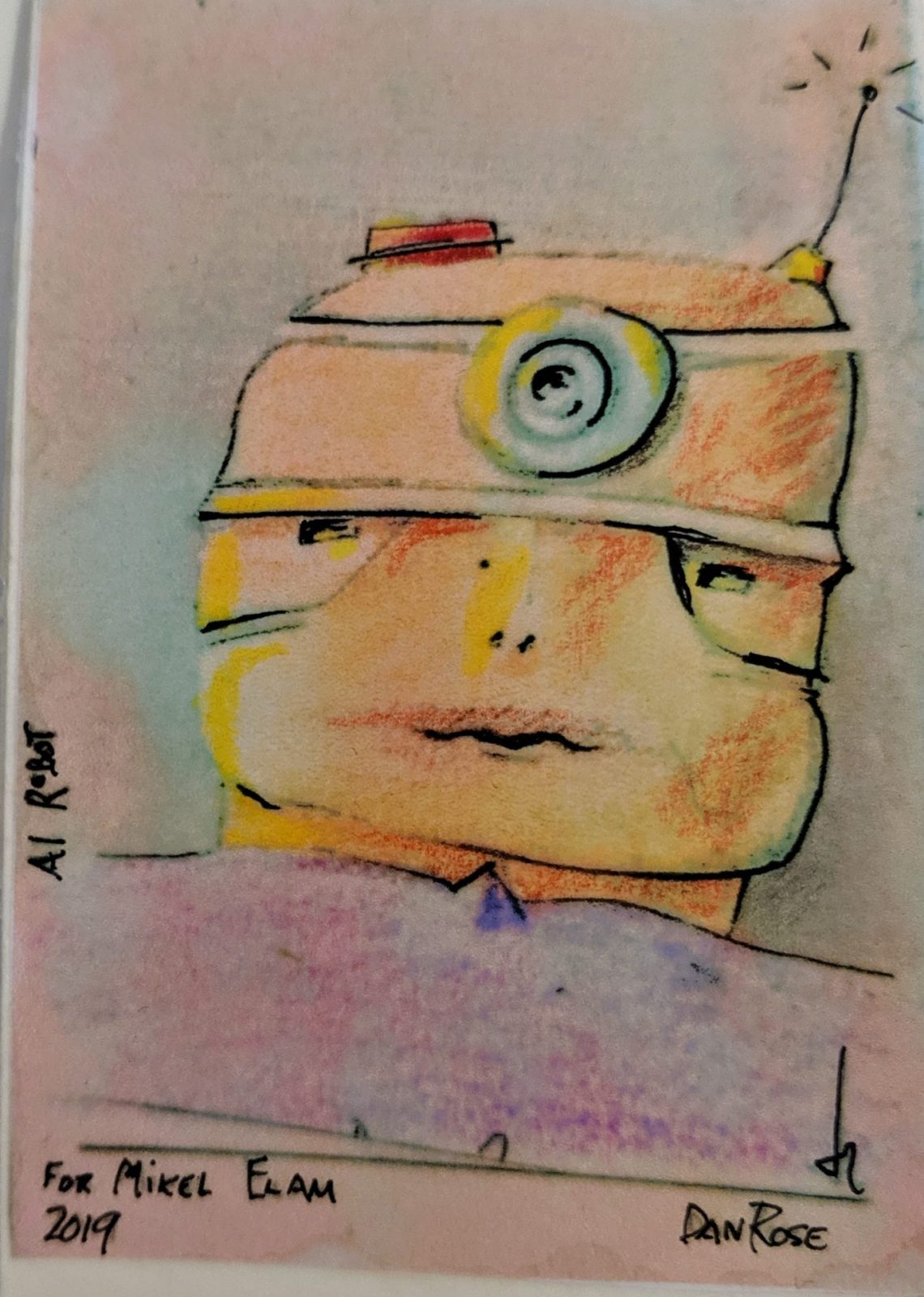