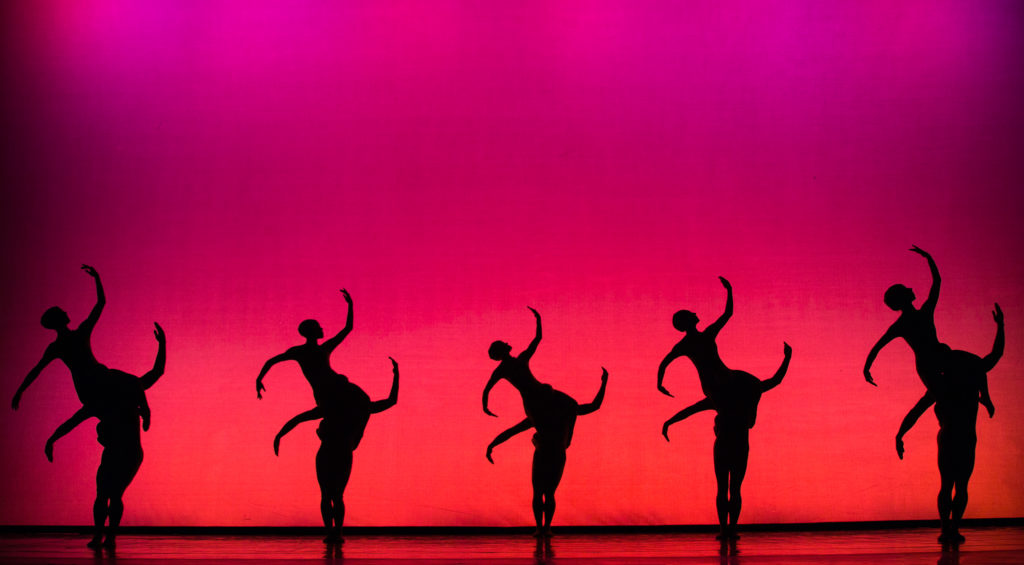 The desert blooms in wondrous ways with all manner of flora and fauna in Momix’ Opus Cactus, conceived by Moses Pendleton. The company members, self-described as “illusionists” are as athletic as Olympians. During the performance they appear as giant saguaros, tumbleweeds, fire dancers and a four-person, slithering Gila monster, with all these figures emerging from an ingenious use of costumes, lighting, and the human body. Mostly it’s about the suppleness of the dancers (though some argue that this isn’t exactly dance) and their staggering physicality. Very creative costumes and lighting also contribute.

The first act is composed almost entirely with members of the company while the second incorporates “props” including a tumbling metal structure inhabited by a man and a woman who writhe and turn with and without it. The evening’s opening number offers tumbleweeds lighted against the dark, at once humorous and thrilling. Poles, fire attached to the ankles and skateboards are also employed to great effect especially in the short segment in which two women move through space held on horizontal poles. 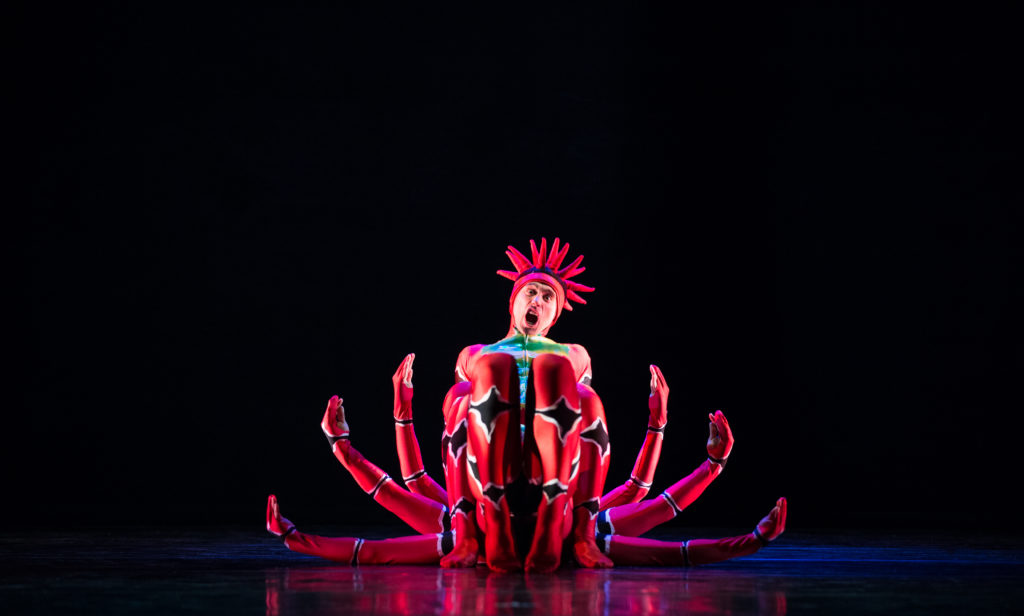 But about that gila monster: the spectacle of a man rising in the air propelled largely by the strength of his arms is amazing in the original sense of the word. The head of the monster pulls off terrifying expressions while the beast crawls forward, its whole being charged with energy.

The only piece of choreography that didn’t thrill was the final number with a huge puppet and women on swings. Some elements of MOMIX are brief like the one in which members of the company stand on their lit-up heads; others are more extended while the whole captures an otherworldly feeling.

The soundtrack is drawn from multiple sources including The Winds of Warning, Nomad and The Edge, meshing brilliantly with the performers’ movements.

This dessert is a reprisal of the work performed twelve years ago when Opus Cactus was first seen. This time we have outstanding work by Anthony Boccini, Beau Campbell, Samantha Chiesa, Greg Dearmond, Steven Ezra, Lauren Jaeger, Sara Nachbauer, Matt Ortner, Rebecca Rassmussen and Jason Williams. Artistic Director Moses Pendleton, co-founder of Pilobus Dance Theater formed MOMIX in 1980; has worked in film and television and is an avid photographer whose work has been shown widely. He choreographed the “Doves of Peace” segment of the 2014 Sochi Olympic Opening Ceremony starring Russian ballerina Diana Vishneva of the Kirov.

With nothing more than light, shadow, props, and the human body, MOMIX has astonished audiences on five continents for more than 37 years. It’s a wonderful, totally engrossing experience.