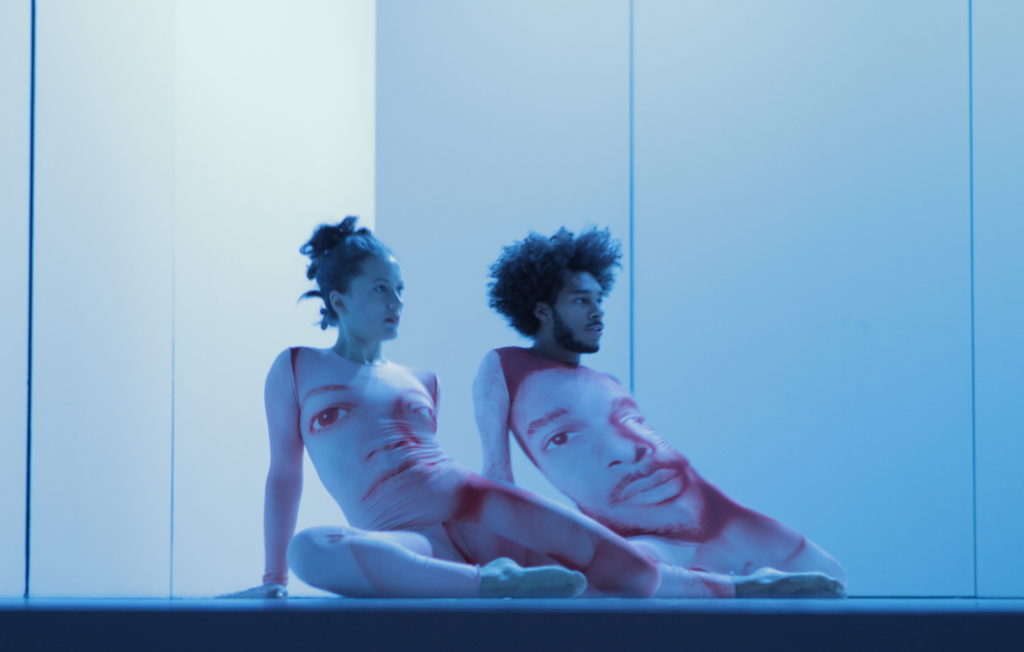 From Ryan McNamara’s Battleground. Photo Courtesy of Works & Process at the Guggenheim/Jacklyn Meduga.

Out of This World in More than One Way

It’s hard to imagine Ryan McNamara’s Battleground performed anywhere but in the Guggenheim Museum’s subterranean theater—in fact, McNamara himself says that the “sci-fi cosplay house-music ballet-battle” fell into his mind the moment he saw the space.

All nine performers are credited with creating the work in collaboration with McNamara and they use every inch of the theater—stage, aisles, balcony, columns, choir loft and areas the audience traverses to reach their seats. “Don’t get up, “I cautioned my companion, “or you’ll be in it.”

The agile, androgynous performers slither, entwine and writhe throughout the dance and even after the applause has stilled as they wrap themselves around walls and columns viewers pass en route to the exit.

Battleground was originally commissioned by Works & Process at the Guggenheim in May, 2016 where it played to sold-out audiences. According to McNamara, who spoke with moderator Penny Marshall in the middle of the work, he sees himself more a “casting director” than choreographer. He says his work alludes to the internet,  the Haydon Collider and 1960s sci-fi and asked the audience to decide which of the three groups of dancers—Red, Blue and Green teams—“won,” presumably referring to the battle implied in the piece’s title. Finally someone shouted “we did.” Absolutely right.

In addition to using the space brilliantly, there’s something fascinating about a work that is seen differently by every audience member. I had a particularly good view of dancers propelling themselves on their backs on the carpet of the aisle directly in front of me but couldn’t see much of the Green trio when they first appeared over the edge of the balcony directly over my head. It doesn’t matter because everywhere you look something fascinating is going on, even in the Q-and-A section with the moderator, a kind of spoof, punctuated by a voice announcing “four minutes” or “sixty-four minutes.” During the performance, men holding colored spotlights follow dancers, enhancing the focus. It’s sort of a beautifully danced three-ring circus with eye-catching costumes, full body leotards each with face of the dancer wearing it.

The performers: Reid Bartelme, Effie Bowen, Jason Collins, Dylan Crossman, Kyli Kleven, Sigrid Lauren, Mickey Mahar, Courtney Celeste Spears, and Brandon Washington, are individually and collectively, fabulous with flexible bodies and great musicality. Here and there the work provides opportunities for humor which they capitalized on. I was fascinated by all of them and particularly liked the Green Team during the sections calling for rhythmic thigh slapping as they moved ahead. I don’t know if my nerves are fiber optics as was said at one point but my brain told me I was watching a particularly innovative work in the perfect—possibly only—setting. 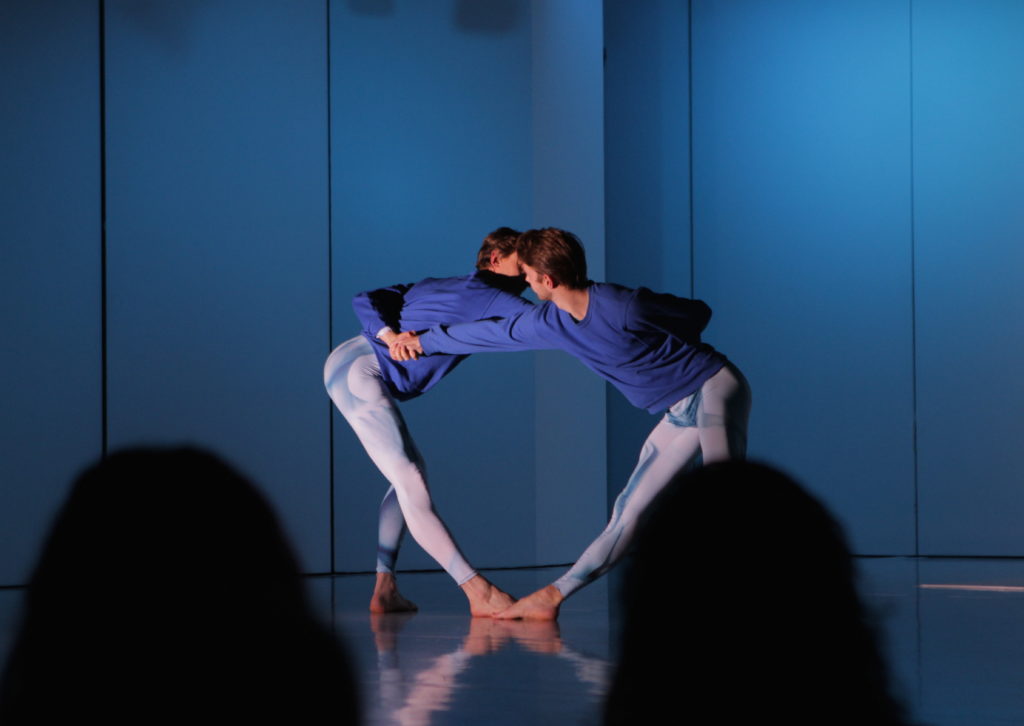 From Ryan McNamara’s Battleground. Photo Courtesy of Works & Process at the Guggenheim/Jacklyn Meduga. 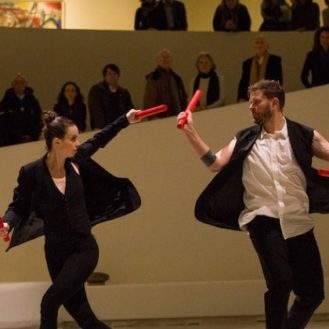