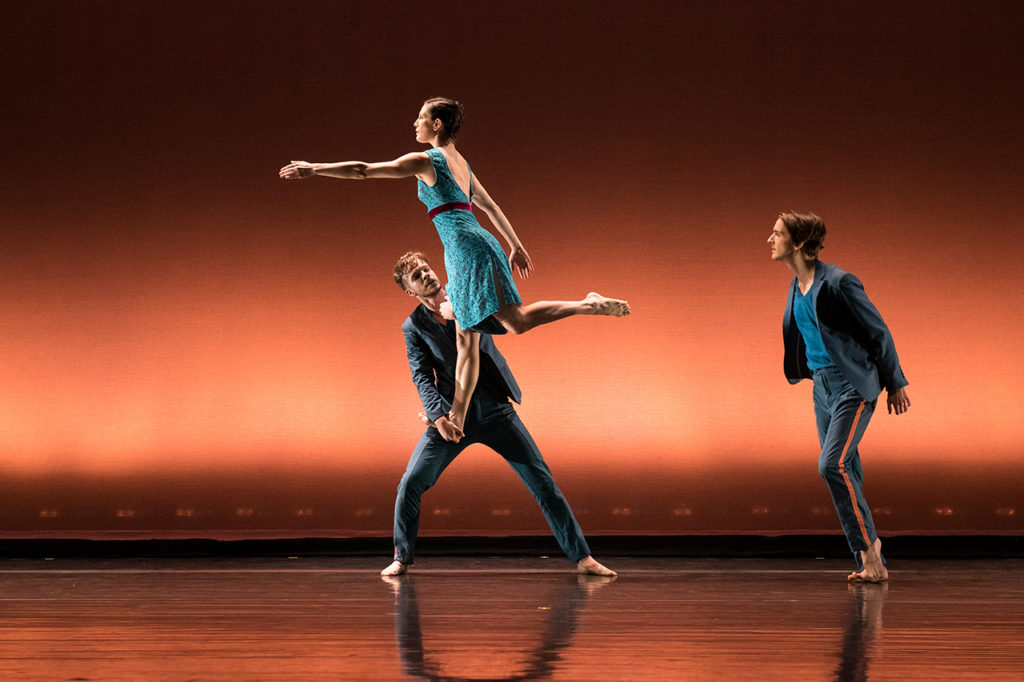 Czech-born choreographer Dušan Týnek founded his eponymous company in 2003 and has received numerous accolades for his intelligent craftsmanship and striking imagination. Both talents and more were on view at the world premiere of Anna, inspired by Tolstoy’s Anna Karenina, rendered as an expression of the novel and not a literal re-telling. An evening-length work, the story is a springboard to an examination of impressions of love, infidelity and gender norms within narrow social conventions.

Týnek’s Anna is set to an original score by Aleksandra Vrebalov, Týnek’s frequent collaborator. The work is broken into numerous parts, many punctuated by pauses and lighting changes. The often-insistent music incorporates train whistles, drumming, indecipherable whispers, monks singing and other sounds providing an aural landscape for the seven dancers to work with and against. In one section, the dancers clap elaborate rhythms while pounding the floor with their feet.

Some of the steps are deliberately realistic as in the opening section in which the dancers are waiting for a train and checking their watches. There’s the bustle of a busy crowd. Moves become more abstract with strongly arched feet and head wagging combined with small jumps. The section featuring three men with folded arms was particularly engaging as was a later moment in which the men lifted the women in a sort of fish dive, full of energy and athleticism.

Yes, there’s a death and what I took to be an attempt to move against driving snow, but don’t look for Count Vronsky. The work is mostly abstract with occasional “Russian” touches as in the stripes down the men’s pants, a reference to the military uniforms of the novel’s period.

My only quibble with the evening was one detail of Miriam Nilofa Crowe’s lighting when the onstage lamps flashed and dimmed drawing attention away from the performers.  Otherwise, the piece was full of dramatic extremes with moments of intensity contrasted with careful stillness and the spice of instances of rolling bodies, one with an almost gymnastic quality.

Dušan Týnek  has created over 25 major dances, choreographed an opera, and held nine critically-acclaimed seasons in major dance venues in New York City. In addition to stage work, he has created site-specific works at The Metropolitan Museum of Art in New York and The Ringling Museum in Florida and flooded quarries on Cape Ann, MA. Týnek has received commissioning grants from the NEA and from the Harkness, Greenwall, and O’Donnell-Green Music and Dance Foundations. Personally tutored by Merce Cunningham, Týnek has taught and/or set work on students at schools across the U.S. and abroad and received the prestigious Bogliasco Fellowship, Djerassi Artist Residency, The Hermitage Fellowship and the CUNY Dance Initiative residency and won the Choreographic Fellowship at the University of Kansas.

Dušan Týnek Dance Theatre’s residency at the John Jay College is part of the CUNY Dance Initiative (CDI), a residency program that opens the doors of CUNY campuses to professional choreographers and dance companies. 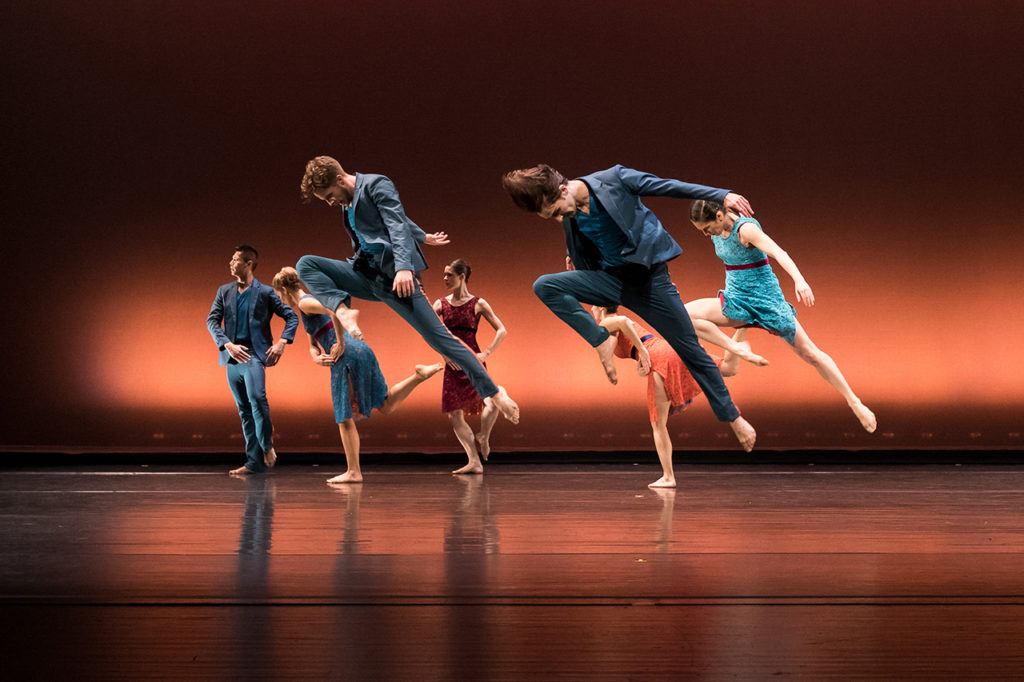