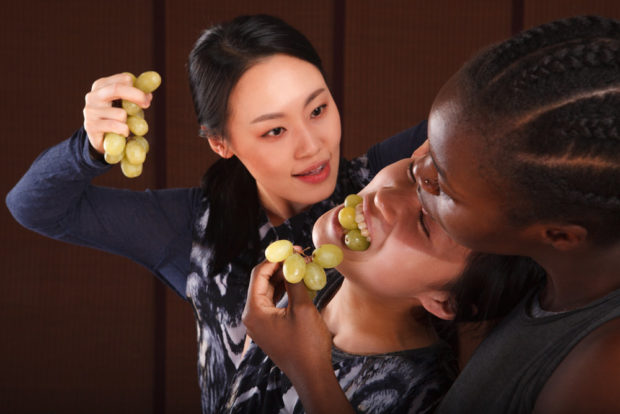 What was supposed to be a three-work evening turned into two as an injury forced cancellation of the intended middle piece, The Bind. The two works on view, presented by different choreographers, were so entirely different from each other—in mood, feel, point of view and music—it made for a slightly jarring combination.

Labyrinth, the premiere of a work by Katy Orthwein, with collaboration from dancers Minna Liimatainen, Sharon Milanese and Nick Sciscione, explores self and space. The piece is set to an original piano score composed and played by Allen Fogelsanger. At times the sounds are slow and dreamy; as it continues, the music builds to a crescendo before tapering off. Milanese was especially expressive, using her graceful arms to achieve a strong sense of tenderness that made me overlook wobbles in some balances. The three dancers blend and merge but never touch until some very brief moments between Sciscione and Liimatainen almost at the work’s end. The floaty blue and green costumes designed by Joy Havens contributed to the feeling of now and forever to the work, characterized by Orthwein as a representation of folding inward, then re-emerging with new perspectives. Overall the dance is decorative rather than deep.

In marked contrast, Urge (EP Version), also a premiere, is made by Aviva Geismar, a recognized artist whose work has been performed at venues including Dance Theater Workshop, the 92nd Street Y and several sites abroad. Urge opens with dancers as stagehands and set dressers and includes a spoken interchange with an unseen music director. When one dancer can’t get the grape she desires she lunges after it; when finally it comes her way she stuffs it and others into her mouth making me fear she might choke. Torture by and with grapes continues with one performer wetly spitting them out; various women cleaning grape juice off the floor and other dancers rubbing grapes onto their bodies. This plus a lot of other disparate elements—IV poles, bouts of what came off as St. Vitus dance, massage, a performer videoing others and bits of recorded music—didn’t quite add up. I hope Geismar considers Urge a work in progress—as it stands, it was nicely summed up by one of the “stagehands” who exited muttering “thirteen years of dance training for this?” On the plus side, Ilana Cohen, Hyunjin Kim, Eunseo Park, Mengying Lin and J’nae Simmons are attractive young artists who can probably use their lithe, talented bodies to better effect.

Soaking WET is a series of choreographic evenings curated by David Parker, whose company, David Parker and The Bang Group, has been the first and only resident-dance company of the West End Theatre since January 2003. Soaking WET receives generous support from The Jerome Robbins Foundation and New York City’s Department of Cultural Affairs. 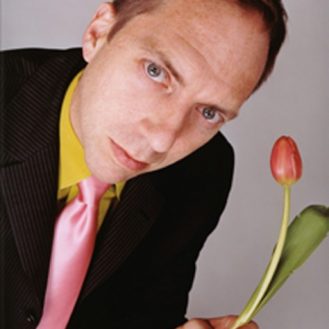