Spanish conductor Pablo Heras-Casado is fascinating to watch, and I don’t just mean in a professional sense. This is Michael Tilson Thomas’s last season with the orchestra, of course, and every guest conductor is aware the San Francisco Symphony is searching for a new Music Director. As a member of the audience, I know this will ultimately entail different directions in programming and perhaps an evolving guiding philosophy for the orchestra as an institution. But at a concert, interest is most importantly a thing of the moment, and whatever boffins on the Board have in mind is upstaged by excitement in the music itself and, not least, effective theatrics on the stage. This promised to be a sizzling night of French, Spanish and Hungarian exoticism under the direction of a fast rising conductor. And so it was.

Heras-Casado, now 40 years old, has lost none of his youthful demeanor. It jumps out at you. Tonsorially, in fact, he recalls a benign teenage werewolf or some version of the Devil! Heras-Casado performs with manic energy, sans baton, in an unusual choreographic manner, arms rotating wildly like propellers overhead. Conductors, of course, (Richard Strauss always excepted!) will normally move around on the podium to shape the general flow of melody and could be said to dance with an invisible ball of sound in front of them. It’s the sort of time-honored, time-beating foxtrot we expect. Heras-Casado does more than this. He may be left-handed, I found myself thinking, as I noticed how often he delivered downbeats with either arm, but an unusual thing he does is mimic the music note for note as he cues.

If, for instance, it’s time to bring in the trumpets, who are about to go “rat-tat-tat”, Heras-Casado will not only give the beat, but manage to include three little finger-flicks along with it. In other words, there is an electrifying mimetic sense of the music moving through him. Audiences love that. They know an exciting effect is coming, and then it isn’t just cued (that’s only arithmetic, after all), it’s presented as theater. If the flutes flutter-tongue, fluttering fingers from the conductor let you know. And if warmth is needed, well, Heras Casado’s left hand moves like a mink glove. With a contributing touch of theatricality, Heras-Casado sports a black tunic with a red lining. As he swivels on the podium, the audience is regaled with flashes of devilish red from the vent in his coat. Only the trident is missing!

None of this matters, of course, unless the conductor in question has a good ear. I have many fine memories of Ravel’s Alborada del gracioso. I’ve heard Pierre Boulez conduct it live. And I still swear by an old EMI Karajan/Orchestre de Paris recording , but I must say I have never heard the piece more perfectly or excitingly led than last night. Heras-Casado has a remarkable ear for clarity. As a result, the music gleamed. But it was also combined with a genuine sense of warmth and sensuality.

These qualities led to a spectacularly exciting Ibéria later in the evening, filled with street color and sun. And you can then easily imagine how stunningly Boléro came across the footlights, with each woodwind soloist out-snarking and out-devilling the next. Boléro even looks louche onstage, with half the strings plucking their instruments on their laps, like guitars.The music needs to sound “dirty” and it certainly did. Call the sex police! Well, maybe not. This is San Francisco…

The audience was also very much taken with Spanish pianist Javier Perianes in the Bartók Third Concerto—I perhaps a bit less so. Perianes has a warm tone and an earnest demeanor at the keyboard. I found his performance a bit flat for this piece, (which he in fact recently recorded with Heras-Casado in Munich). It lacked the cocktail-piano spark I heard a while back from Jeremy Denk, but was valid on its own terms. And conductor and soloist were clearly comfortable with each other. At the beginning of the Adagio religioso Perianes bent over the keyboard as if in prayer before his entrance, and was matched by rapt playing from the orchestra.

The Bartók Third is a curious amalgam of simple, but slightly hard to remember Hungarian melodies, serene reminiscence filled with nature and birds, fugal energies and Eastern European tone. It’s hard to say why it sounds so “Hungarian”, but it does, though not so much as it surely might in Hungarian hands entirely. This time around I was struck by a similarity with Leonard Bernstein’s Age of Anxiety Symphony, which was written soon after. Bernstein has the piano make its entrance in the same tentative way, following an introduction, that Bartók does in his slow movement. Imitation, they say, is the sincerest form of flattery. Composition, Ned Rorem once wrote, is the mistaken recall of somebody else’s music!

For an encore, Perianes belied his serious self with a stunning performance of de Falla’s Ritual Fire Dance, which he brought to its sudden conclusion with real flair.

This was a stunningly exciting concert overall. A happy audience filled the hall. Halloween displays were in evidence. And I was reminded, as so often with music, what an international city we are. You don’t normally hear Castilian Spanish accents much in California. But everyone who filed into the night seemed to be hissing consonants! 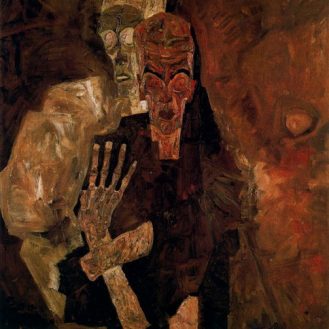 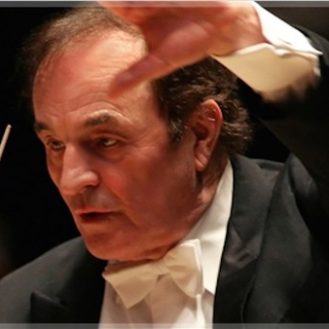 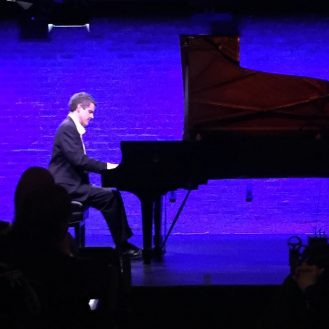