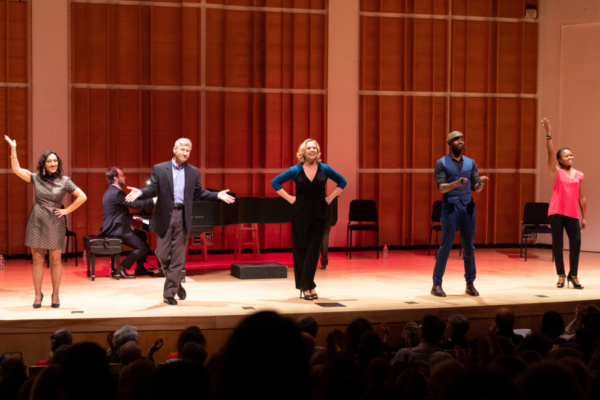 A Moment in Broadway’s Hidden Gems

Ins and Outs of Broadway

If you’re going to take a tour of Broadway musical theater numbers, you could find no better guide than Sean Hartley. Hartley, the host of the performance, is the director of the Theater@Kaufman, the musical theater division of Kaufman Music Center. He knows the history and entertaining ins and outs of the genre and presented them with insight and wit. On top of that, he can sing as he ably demonstrated in Anyone Can Whistle from the show of that name by Stephen Sondheim.

Hartley, also a lyricist, composer and playwright, took an enthusiastic audience through renditions of songs, many of which come from shows that never made it—some were minor successes while others were total flops. However, some numbers showcased are wonderful and have become semi-classics such as Wait Til You See Him from By Jupiter, a 1942 show by Richard Rogers and Lorenz Hart starring Ray Bolger, sung here by Nikki Renee Daniels, a package of charm and talent. Sally Wilfert, a tall blonde with a crystal voice that can—when necessary—belt out a lyric with the best, performed The Gentleman is a Dope from Rogers and Oscar Hammerstein, Jr.’s Allegro as well as Wherever He Aint from Mack and Mabel by Jerry Herman, a 1974 production based on the lives of Mack Sennett and his star/girlfriend, Mabel Normand that ran for eight weeks.

I Won’t Send Roses, also from Mack and Mabel, (which, based on Mr. Hartley’s description, sounded like a show I’m happy to have missed), was sung by handsome David Garrison, who needs a little work on phrasing and breath to make more of the song’s wonderful, heart-wrenching lyrics .

Award-winning vocalist, Gabrielle Stravelli, knows how to sell a song with comic flair as she demonstrated in Possibilities from It’s a Bird, It’s a Plane, It’s Superman. She can also summon strong emotion as she did in Here’s That Rainy Day from Carnival in Flanders, that opened in 1953 and ran for only six performances. Apparently, per Mr. Hartley, the much of the talent involved with that production’s creation, including Herbert and Dorothy Fields, fell by the wayside before opening night.

Clifton Duncan who has appeared in City Center’s Encores! and with the Classic Stage Company, has great presence and a fine voice that can trumpet or ooze like molasses. Never Will I Marry from Frank Loesser’s Greenwillow, has always struck me as a limp song but Mr. Duncan made the most of it as he did with It All Fades Away from The Bridges of Madison County and Anyplace I Hang My Hat is Home, from St. Louis Woman, full of jazz undertones courtesy of Harold Arlen and Johnny Mercer.

The ensemble opened the evening with a rousing Hey, Look Me Over from Wildcat, a 1960 offering starring Lucille Ball whose ongoing bout of illnesses ultimately wrecked the performance schedule forcing the show to close after a short run. The final number was A Kid Inside from Life After High School, also performed by the full cast who tried gamely to make this less- than- stellar number sound good.

The evening was marked by good voices, clear diction and the fun of hearing songs that are not frequently heard, a treat for Broadway musical aficionados. Small quibble: it’s an older audience but a little less mic would be welcome. The Broadway Close Up series is educational, easy on the ears and and time well spent in the company of talented performers and a delightful host. 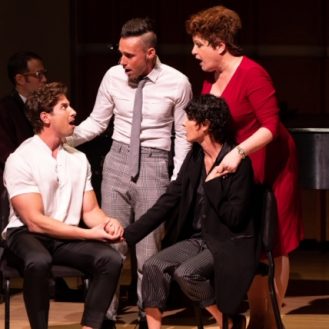 Broadway Close Up: Love Who You Love, Merkin Hall at Kaufman Music Center 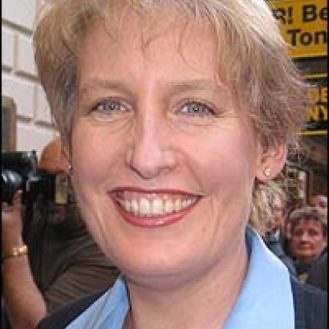 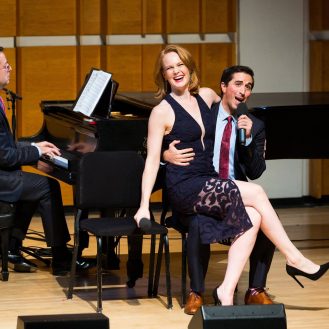 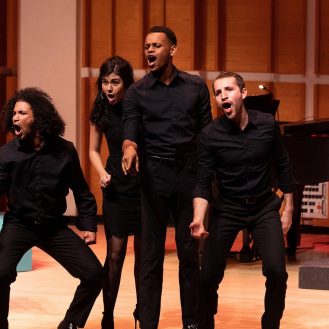